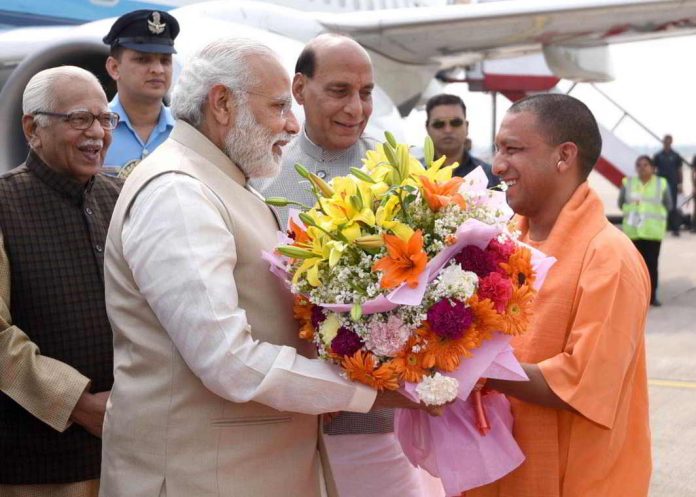 The round of meetings held by the senior BJP leaders are intensifying the political turmoil in Uttar Pradesh before assembly polls 2022. The discussion of changes in the government and the organization also gained momentum amid the continuous meeting.

After the meeting between Prime Minister Narendra Modi and Uttar Pradesh Chief Minister Yogi Adityanath on Friday, the news of the partition of UP became viral on social media. Some reports are also claiming that Purvanchal and Bundelkhand will be separated before the assembly elections in 2022. However the meeting was about setting up the agenda for next year’s UP Assembly elections.

It was circulated in a section of media that Uttar Pradesh will be divided in three states ahead of assembly polls. These would be Harit Pradesh comprising of western districts, Bundelkhand with seven districts in it and remaining would be Uttar Pradesh. BJP on several occasions had favoured smaller states, pointing that it helps in development.

However, on Saturday, the information department of Uttar Pradesh government came out with a clarification saying all such things baseless and there is no such proposal of dividing the state. The UP cabinet minister and spokesperson, Siddharthnath Singh, earlier on Friday had issued a statement and clarified that the news of division of state is fake and has no ground.

But the big question is that what will the BJP gain by doing this before the elections and will Yogi Adityanath be easily ready for it?

This time, the BJP is preparing to return to power by becoming more powerful than before. If party sources are to be believed, more or less the same 2017 formula will be adopted in Uttar Pradesh Assembly polls 2022 but at the same time, the focus will be on reservation along with Ram Mandir.