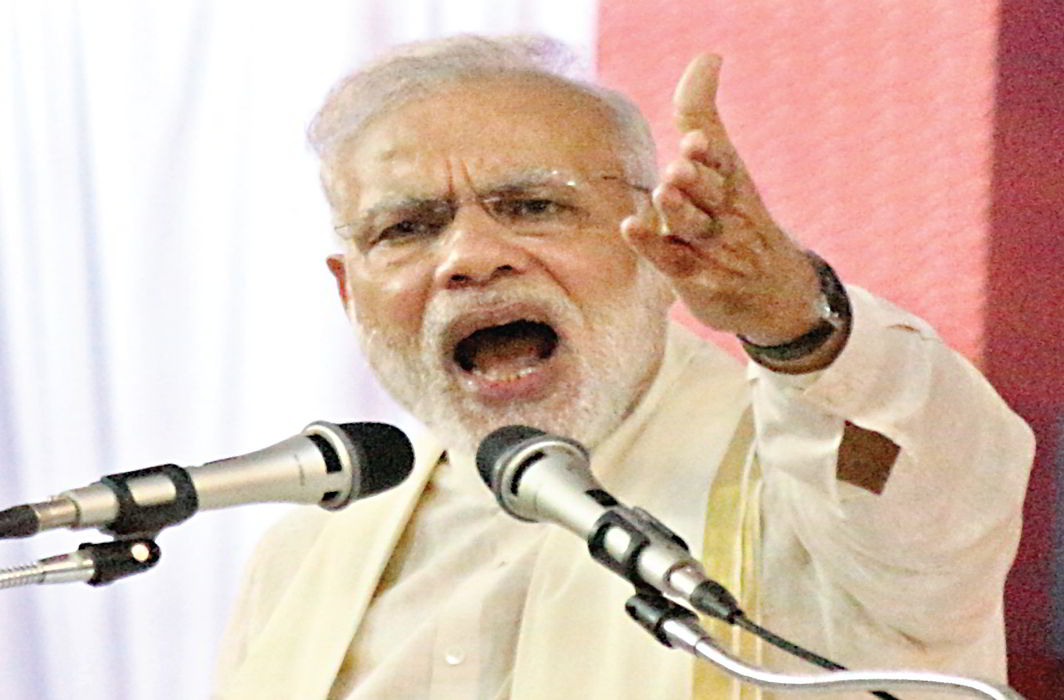 Some ridiculed it as fanciful, some sat up, alarmed at the seriousness of it, but Prime Minister Narendra Modi alleging Pakistan is trying to influence Gujarat election results and linking Congress to it evoked widespread reactions – expectedly, even from across the border.

Pakistan’s foreign office spokesperson Mohammad Faisal said instead of trying to drag Pakistan in electoral debate, victories should be won on own strength rather than ‘fabricated conspiracies’.

“India should stop dragging Pakistan into its electoral debate and win victories on own strength rather than fabricated conspiracies, which are utterly baseless and irresponsible,” he said on Twitter.

Union Law Minister Ravi Shankar Prasad responded and, without referring to Modi’s conspiracy theory, said, “We are very proud of India’s democracy and totally condemn this unwarranted statement from Pakistan. I wish to tell Pakistan that Indians are capable of contesting India’s democracy on their own… India’s Prime Minister is a popularly elected PM… and so is the BJP.”

“Completely abhor outside interference in India’s internal affairs. Pakistan’s promotion of terrorism in India is well known but Pakistan must stop giving us lessons, we are proud of our democracy. Condemn this unwarranted statement,” Prasad said.

But even BJP ally Janata Dal (U) found Modi’s charge farfetched. Pavan Verma of JD(U) said the PM’s allegation on Pakistani interference “is taking it a little too far.”

BJP leader Shatrughan Sinha also said it was ‘incredible’, saying in a tweet, “Hon’ble Sir! Just to win elections anyhow, and that too at the fag end of the process, is it a must to come up with & endorse new, unsubstantiated & unbelievable stories everyday against political opponents?”

On Sunday, Modi had referred to a tweet posted by a former Pakistani army officer that Ahmed Patel, Congress chief Sonia Gandhi’s political secretary, be named chief ministerial candidate for Gujarat polls. Modi alleged that this showed that Pakistan was showing ‘undue’ interest in the election.

To buttress the theory, he linked the ‘neech (lowly)’ comment of suspended Congress leader Mani Shankar Aiyar for him to a ‘secret meeting’ hosted the previous day by Aiyar and attended by a Pakistani official.

Modi said, “A Pakistan delegation meets at Mani Shankar’s house and the next day he disrespects Gujarat’s society, its pachat (backward) society, its poor and Modi. Don’t all these things raise questions and concern?”

He added, “…(Aiyar) held a meeting for three hours, and then the next day, Mani Shankar calls Modi ‘neech’. This is a serious and sensitive issue. Also, what is the reason for such a secret meeting amidst Gujarat elections?”

There was no ‘secret’ meeting as alleged by Modi. In fact, The Indian Express (IE) reported, Aiyar had sent out invitations a month ago for a dinner at his place on Dec 6. The meeting was held during Khurshid Mahmud Kasuri’s visit to India. Kasuri was foreign affairs minister during Pervez Musharraf’s tenure and played a key role in drafting the initiatives on Kashmir at the time.

Modi’s remark followed his earlier comments about ‘Mughlai culture’ of Congress leaders and names of various Muslim rulers of the past for would-be Congress president Rahul Gandhi. Roping in Pakistan was taking this attempt to another level.

The Congress said Modi’s statement was ‘based on lies’ and an attempt to whip up emotions and to polarise. “Holding the country’s topmost post, Modiji is making baseless allegations. Modiji is worried, dejected, angry. Such a statement has no truth or fact, and is based on lies. Such a behaviour is unbecoming of a prime minister,” said Congress spokesperson Randeep Surjewala on Sunday.

The Congress said there was nothing secret about the event and said it was’unwarranted and irresponsible’ of the PM to give the event a sinister twist.

Congress spokesman Anand Sharma said, “The former PM and VP were merely attending a social function in which high (level) dignitaries were present and it was not a secret meeting.”

“(At the event) former chief of Army was present, former Indian high commissioners to Pakistan, distinguished diplomats of this country, eminent journalists they were all present and the PM gives it a sinister and sensationalist twist?” said Sharma.

He said the manner in which the PM accused a former VP of India and a former PM, of doing something which was improper is ‘highly irresponsible, unwarranted and condemnable’.

“It’s clear he (Mod) has made these comments with the intent to confuse and mislead people ahead of the 2nd phase of Gujarat elections…to whip up emotions and to polarise, there can’t be any other explanation and there can’t be anything more reprehensible than what he’s done,” said Sharma.

PM has said Congress is conspiring with Pakistan for Gujarat elections.Its outrageous. This is just an attempt to polarize ahead of second phase of voting.This also shows his desperation and that BJP's loss is now guaranteed: Anand Sharma,Congress pic.twitter.com/1Ax2qxDzvN

Rahul Gandhi also took a dig at Modi at a speech in Gujarat on Monday: “The elections are in Gujarat and Modi talks sometimes about Japan, Pakistan, Afghanistan. Modi ji, it’s Gujarat elections, do talk a bit about Gujarat, too.”

Hitting out at Modi, the Congress said it was the BJP that was colluding with Pakistan. It said the Modi government gave Pakistani intelligence officials access to the country’s air force base in Pathankot after a terror attack there.

“If he wants to fight the Gujarat elections in Pakistan, I want to ask who invited people from the (Pakistani intelligence agency) ISI to come to one of India’s most important defence bases in Pathankot? At that time, (BJP president) Amit Shah said, ‘we have faith in Pakistan investigating the role of attackers form their soil’. And, Modi ji, you are asking us questions about Pakistan?” asked Congress spokesperson Randeep Singh Surjewala.

A team of Pakistani officials, including an official from ISI, were given access to the Pathankot airbase in March 2016, purportedly to help Pakistan complete its investigation into the Pathankot terror attack in January last year.