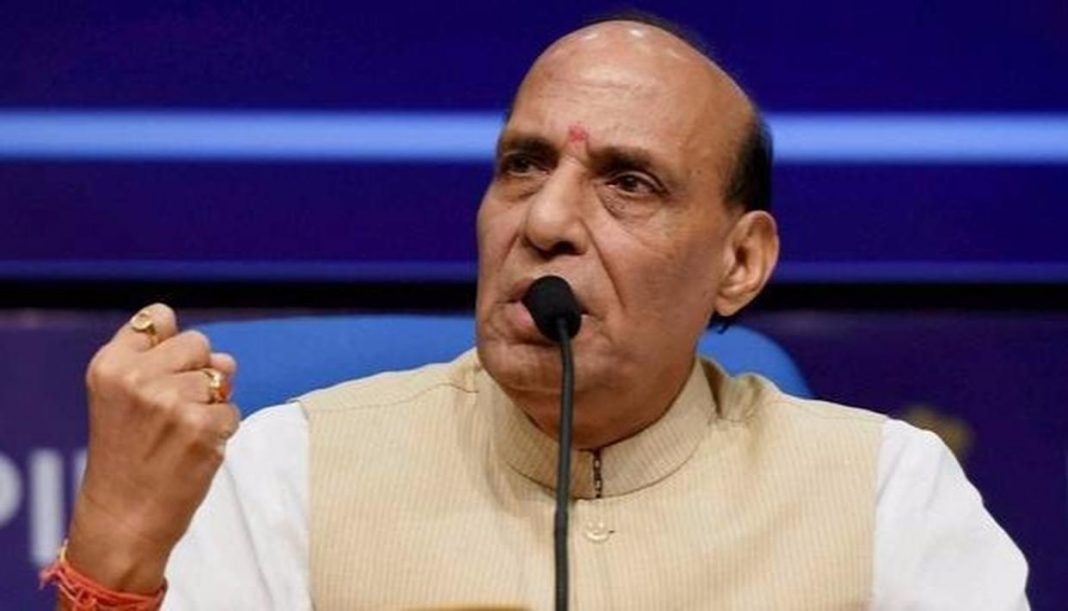 Union home minister ‘assures’ countrymen that the Modi government – which has pledged to create a ‘New India’ by 2022 – will solve the decades-long problems of strife-torn Kashmir, terrorism, naxalism and insurgency in the North East in the next five years

Union home minister Rajnath Singh has said that Modi government will resolve the seemingly intractable, decades-old problems of terrorism, naxal violence, insurgency in the North East and even the socio-political and internal turmoil in Kashmir in the next five years, by when it would have created a New India.

Addressing a program in Lucknow on Friday, the Union home minister said: “There are a lot of problems — terrorism, naxalism, the Kashmir problem. Much is not needed to be said about these problems. But I can assure you this much that by 2022, we have pledged to create a ‘New India’… So a solution will be found to all these problems before 2022. We want to assure the countrymen on this.”

The home minister shared no insights on how the Narendra Modi government at the Centre hopes to achieve all this. As a first step, he did administer an oath to the gathering for making India ‘Swachh’ (clean) – cleaning it of poverty, corruption, terrorism, communalism and casteism.

The promise comes in the backdrop of a spurt in communal violence, mob-lynchings, cow-vigilantism, dip in job creation, increasing instances of insurgency and terror attacks.

“If people could take the (Quit India) pledge in 1942 and get freedom in 1947, then why even after 70 years of Independence, India is not that self-reliant as it should have been”, Rajnath asked.

Praising the Prime Minister’s initiative on building a New India and in particular the Swachh Bharat campaign, Rajnath said: “Mahatma Gandhi understood the importance of cleanliness and had made it a campaign but it is Prime Minister Narendra Modi who gave it the shape of a mass movement.”

Pledges are a crucial tool in achieving anything that seems unachievable and Rajnath dwelled into the Hindu epic of Mahabharata to cite an example – it was a pledge of the Pandavas that helped them win the great battle of good against evil.

The New India, Rajnath said, “Will be an India where there will be no poverty or illiteracy, every person will have a house, no one will die of shortage of medicine. On the global stage, India will emerge as a powerful nation”.

All of this will happen in just five years from now. People are expected to wait and see – as they waited to see the Modi Government bring back all black money within 100 days of assuming power, or all problems of demonetisation to end within 50 days of the step.