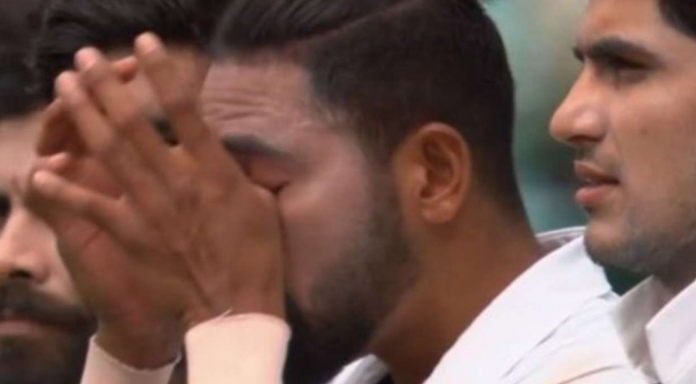 Indian bowler Mohammed Siraj, who burst into tears when the national anthem was played ahead of the third test in Sydney, has revealed the reason behind his emotional outburst. Siraj, who had lost his father soon after landing in Australia, said it was an emotional moment for him as he was remembering his father who wanted to see him play Test cricket for India. The 26-year-old said he wished that his father was here today to see him playing for the country.

Siraj, who made his debut for India in the Boxing Day Test lost his father in the month of November. His father was 53 and died due o a lung ailment. He could not return to India to attend last rites of his father due to Covid restrictions in Australia. After the loss, Siraj had said he received tremendous support from coach Ravi Shastri and skipper Virat Kohli. He had said his father wanted him to make the country proud and he is determined to do that.

He said the news of his father’s death came as a shock to him. He said his father drove auto rickshaw and faced much hardship but allowed him to follow his passion for cricket.

Siraj, who plays for Royal Challengers Bangalore in the Indian Premier League, turned his father’s dreams into reality when he made his debut in Melbourne for second Test. It was a memorable match for him as he capped five wickets ask India went on to beat the hosts by eight wickets leveling the series 1-1 after suffering a crashing defeat in the first Test.

Siraj carried his form into the ongoing Sydney Test as well picking up the all-important wicket of David Warner. Australia are currently at 166-2 in the first innings of the second Test.