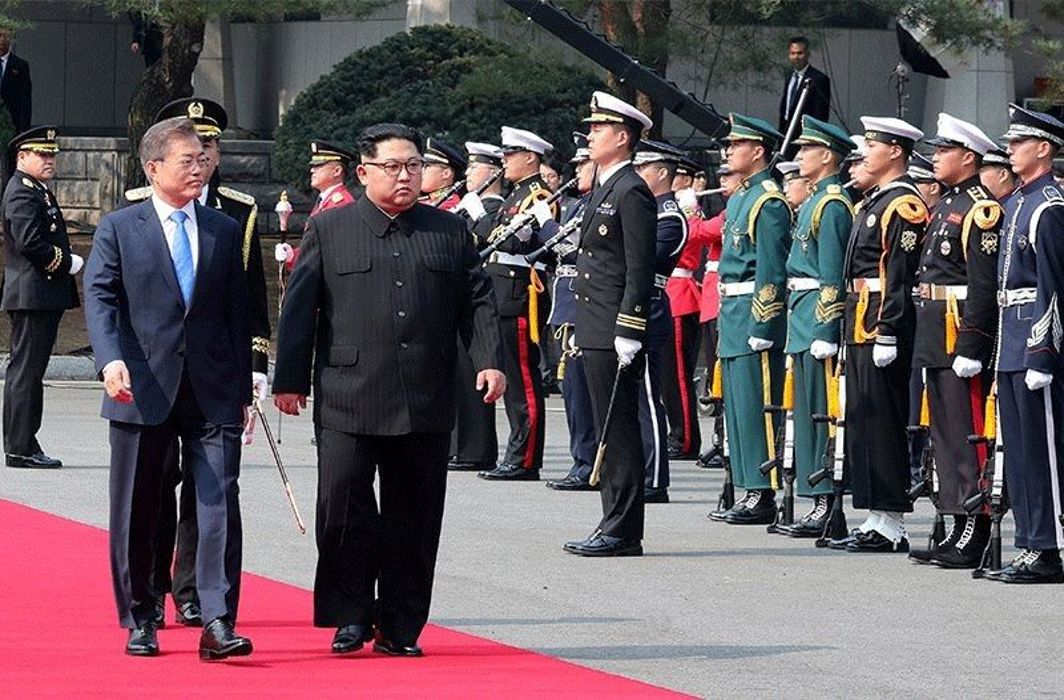 Pyongyang, the capital of North Korea will witness the landmark summit between Kim Jong Un and South Korean President Moon Jae-In on Tuesday and Wednesday when the two leaders will discuss the denuclearization of the Peninsula. This would the first moment of the two leaders’ encounter in North Korean capital and third of its kind in less than five months since the division of the Peninsula.

Im said that it will mark a rare opportunity to discuss the issue with the North Korean leader himself. He said, “Just until recently, denuclearization had been an agenda item for talks between the North and the United States. Now, denuclearization is a key issue (at the inter-Korean summit).”

Moon will have at least two occasions to discuss ways to denuclearize the Korean Peninsula with the North Korean leader, Im noted.

His first meeting with Kim will be held on Tuesday which would be followed by an official welcome dinner. The two leaders will hold their second meeting on Wednesday.

The Moon’s chief of staff said that the summit would focus on three important issues, including improvement and development of inter-Korean relations, to mediate and promote North Korea-U.S. talks for denuclearization and reducing military tensions and ending the threat of war.

Yonhap says that President Moon’s trip to Pyongyang comes amid an apparent deadlock in the U.S.-North Korea denuclearization talks. Washington insists on the need for maximum sanctions and pressure against the North until full denuclearization while Pyongyang is asking for early rewards for the steps it has already taken.

According to Aljazeera, Washington wants to see a concrete timetable and actions for North Korea’s denuclearization before giving any rewards to the country.

On the other hand, North Korea has called for the US to provide a security guarantee through a joint declaration of a formal end to the 1950-52 Korean War which ended in armistice instead of a peace treaty. This caused imposition of some international sanctions on North Korea.

Im seemed to be in fingers-crossed state of mind when he said that it would seen whether the Moon will succeed in convincing Kim to restart his country’s denuclearization process.

“There are many expectations for great progress on the issue at the summit, but (the possibility) is very limited,” he told the press conference.

South Korean official stressed the importance of “frank discussion” saying, “Whether an agreement on specific ways to progress denuclearization will emerge, and if such an agreement will be put into a document or be announced orally, all these things are still blank to us.”

President Moon will be accompanied with more than 200 officials during the high-stakes trip.

The two leaders held their first two meetings on April 27 and May 26 in the border village of Panmunjom situated in the demilitarized zone on the inter-Korean border.

In late August, US President Donald Trump cancelled Secretary of State Mike Pompeo’s visit to Pyongyang at the last hour, citing a lack of sufficient progress since June 12 summit with Kim in Singapore.