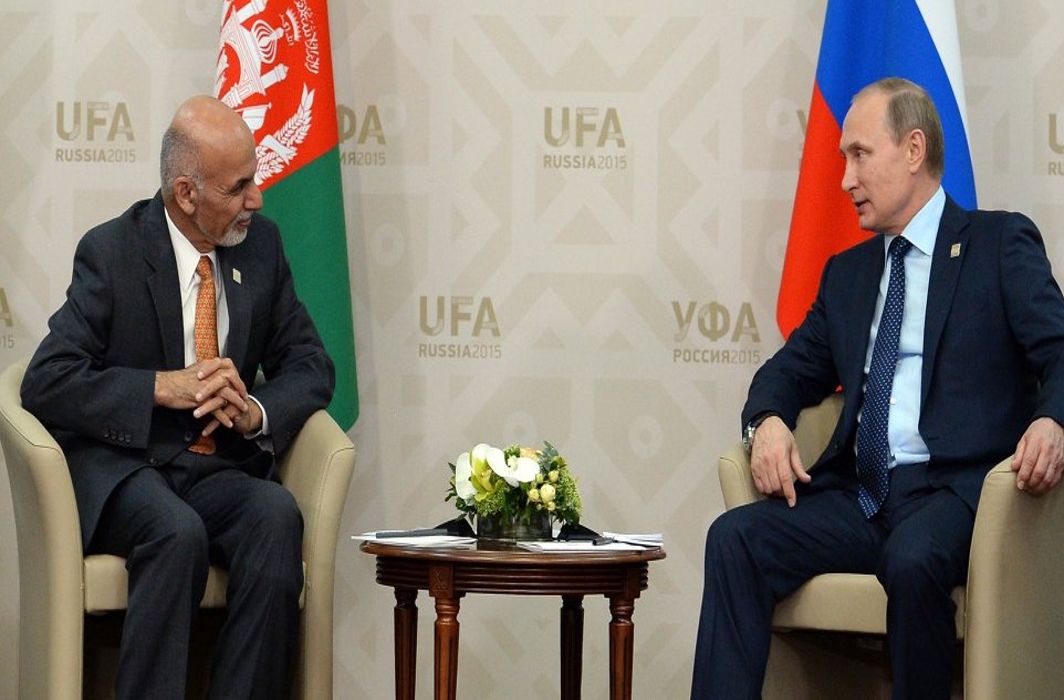 Russia and Afghanistan have agreed to postpone the planned peace talks in Moscow slated to begin on September 4, where 12 countries were invited. Washington and Kabul had earlier turned down the invitation, while Taliban were willing to attend the multilateral conference.

According to Kabul based Tolo News, Russian foreign minister Sergei Lavrov phoned Afghanistan President Ashraf Ghani on Monday and discussed the issues of mutual interest, including the peace talks scheduled to be held early next month and agreed to postpone the same.

The report quoted a statement issued by the Presidential Palace saying  that “although Afghanistan strongly values the efforts by its regional and international partners towards restoring peace in the country, the Afghan government believes that any efforts for peace must be carried out in complete cooperation and harmony with the Afghan government and the Afghan people”.

Ghani hailed Moscow for its efforts for peace in Afghanistan, but he told Lavrov that any talks must be an Afghan-owned and Afghan-led process. The statement said, “The peace plan which was presented at the second Kabul Process conference had been outlined in consultation with various segments of society and with the support of the international community and the plan has defined all basic principles for sustainable peace in the country.” This was in reference to Ghani’s peace offer to the Taliban at the second Kabul Process Conference in Kabul in April this year.

Lavrov meanwhile assured Ghani during their conversation that Russia was also in support of an Afghan-owned peace process and that Moscow was prepared to cooperate with the Afghan government regarding peace. The statement said, “It was decided to postpone the Moscow conference so that the two countries can coordinate on further preparations and effectiveness of the process.”

The telephonic conversation between Russian Foreign Minister and Afghan President Ashraf Ghani comes just days after Afghanistan objected to Moscow’s proposed talks on Afghanistan and said that any talks for peace should be carried out under the leadership of the Afghan government and the people.

Sibghat Ahmadi, a deputy spokesman of the ministry said, “Any regional consensus about Afghanistan needs to be structured in axis of the Afghan government. The peace process definitely needs to be carried out under the leadership of the Islamic Republic of Afghanistan. We will not participate in the Moscow talks.”

On August 23, the Afghan President’s special envoy for Central Asia and the CIS countries, Mohammad Shakir Kargar, told TASS that Kabul was not considering participation in the Moscow-format talks.

It was interesting to note that Russian official TASS news agency report quoted Afghanistan TOLO News without naming any source in Moscow.