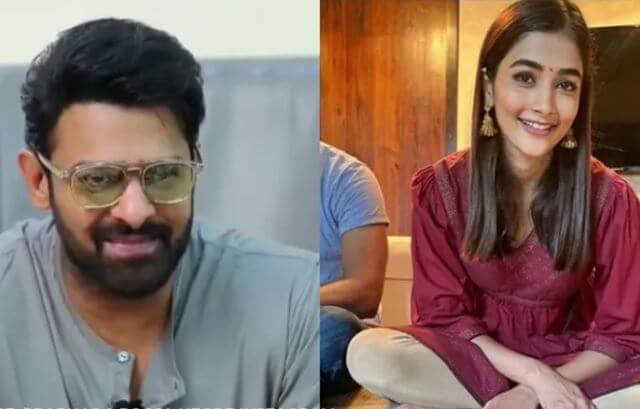 The motion-poster of much-awaited movie Radhe Shyam starring Prabhas has finally been launched as he promised to unveil the first look of the film on his birthday. Prabhas turned 41 on Friday. Social media has been already flooded with special wishes and trending hashtags from his massive fan base, netizens and several celebrities from the Indian film fraternity. Earlier this week, the makers of the film revealed the first look of the superstar. Co-star Pooja Hegde wrote on his Instagram that the big moment has arrived.

The poster of the movie shows Prabhas and Pooja Hegde getting romantic on a train which making their fans more excited to watch the film. The movie is currently being shot in Italy and the production team is planning to wrap up the schedule as soon as possible. The poster shows a train ride through stories of many famous lovers like Devadas-Paro and Heer-Ranjha before showing Vikramaditya, Prabhas’ character from the film and his lover Prerna in the same vein.

Currently, Prabhas is shooting for his upcoming film Radhe Shyam’ in Italy. Starring Pooja Hegde as the leading lady, the romantic drama is set against the backdrop of Italy in the 1920s. Prabhas will be playing the role of Vikramaditya in the movie. The film also features Murli Sharma, Sachin Khedekar, Priyadarshi, Kunaal Roy Kapur and others.

He has also been signed for the film AdiPurush based on modern-age Ramayana. The actor, as expected, plays a protagonist while the actor Saif Ali Khan will play the role of antagonist in the movie. His sci-fi thriller Nag Ashwin is in pipeline. It was recently announced that the ‘Piku’ actors Amitabh Bachchan and Deepika Padukone have joined Prabhas in the Nag Ashwin.

All the upcoming films including Radhe Shyam are going to be pan Indian films. The film Radhe shyam is written and directed by Radha Krishna Kumar, expected to release next year in Telugu, Hindi, Tamil and Malayalam.