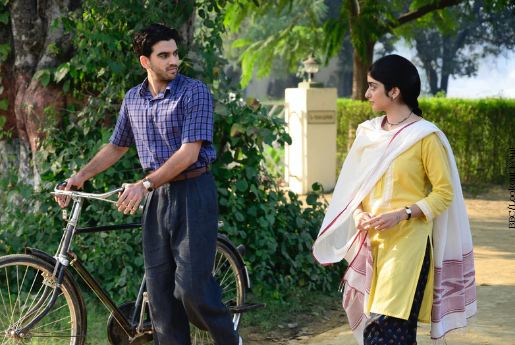 Mishra on Sunday tweeted that a show titled ‘A Suitable Boy’ released on an OTT platform shows extremely objectionable scenes that hurt the feelings of a particular religion. He has further directed the police officials to look into the matter.

The National President of BJP’s Yuva Morcha, Gaurav Tiwari had earlier objected to a kissing scene between two characters, a Hindu girl and a Muslim boy shot in the premises of Hindu temple. Later, he filed a complaint to Rewa SP Rakesh Kumar Singh, and demanded an FIR be registered against the Netflix show.

Gaurav Goel, BJP spokesperson also tweeted that if any OTT platform has been intentionally insulting the Hindu gods and goddesses, a complaint should be filed in police station or local court under Section 295A of Indian Penal Code.

Meanwhile, Mishra has instructed authorities to find out what legal actions can be taken against the producer and director of the series.

The controversy erupted amidst the ongoing move by the BJP- ruled states like Madhya Pradesh, Haryana and Uttar Pradesh to bring a law against love jihad. A Dharma Swatyantra Bill 2020, in Madhya Pradesh proposes five years of imprisonment for forcing marriage by religious conversion. However, the Opposition has condemned the move to bring any such law in practice.

The Suitable Boy, a Netflix show is written and directed by critically acclaimed Mira Nair. The six-episode series is an adaptation of Vikram Seth’s novel by the same name. Set in the post-Independence era, the story is about four families and their struggles.The series features Tabu, Rasika Dugal, Ishaan Khatter and Tanya Maniktala in pivotal roles.