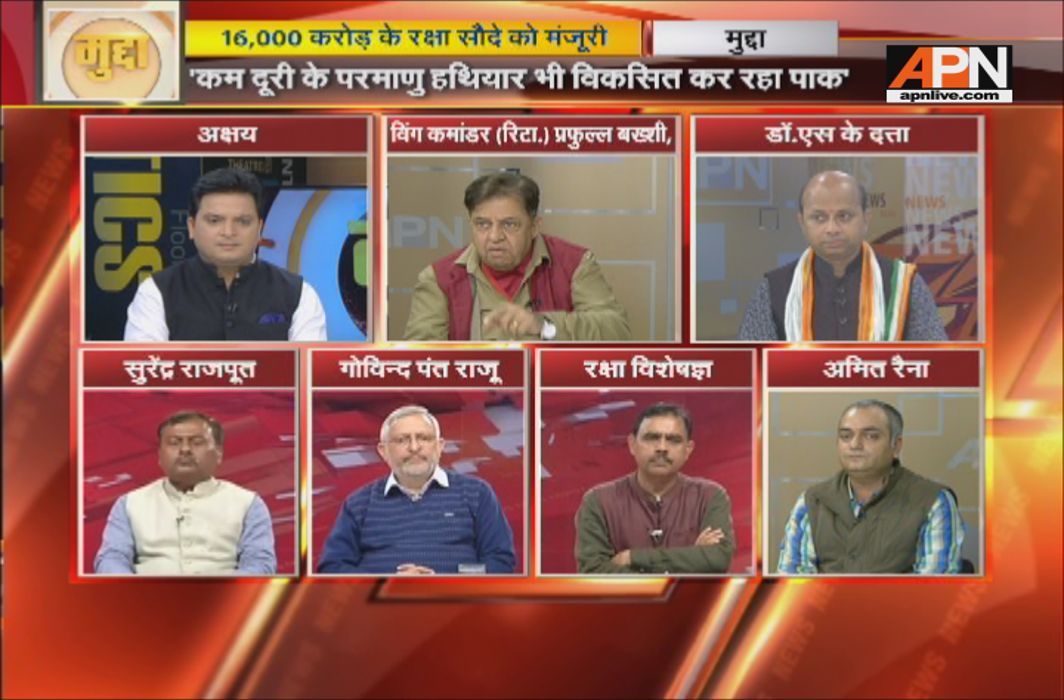 The recent deadly attacks in Sunjuwan and Pakistan’s talkback post Sitharaman’s remarks have raised questions as to how the Indian government should act against Pakistan’s alleged terror backing; panellists feel stringent legal action and sharp diplomacy more important than talks

Amid escalating tensions between India and Pakistan, the two neighbouring countries got into a bitter war of words following Defence Minister Nirmala Sitharaman’s allegations that Islamabad played a key role in the latest militant attack at the Sunjuwan army camp in Jammu—which claimed the lives of at least seven Indian soldiers.

Boldly stating that Pakistan “will pay” for its “misadventure”, Sitharaman on Monday said, “Pakistan is expanding the arc of terror… We will be providing evidence to prove that the handlers are back in Pakistan and they are the mastermind, influencing all this… Pakistan will pay for this misadventure.”

However, in a ‘tit-for-tat’ reply to India’s accusations, Pakistan on Tuesday rejected the defence minister’s remark and warned that it will “pay India (back) in its own coin” in case of any “misadventure”.

Terming Sitharaman’s remarks “knee-jerk”, Pakistan’s defence minister Khurram Dastgir Khan said, “Any Indian aggression, strategic miscalculation, or misadventure regardless of its scale, mode, or location will not go unpunished and shall be met with an equal and proportionate response.”

Meanwhile, a large crowd of wailing and weeping locals gathered in the Kashmir valley on Tuesday to attend the funerals of junior commissioned officer Muhammad Ashraf Mir and three other soldiers, who were martyred in the Sunjuwan attack.

And while the recent deadly attacks in the Kashmir valley raises questions on how the Indian government should act against Pakistan’s alleged terror-backings, APN’s popular debate show Mudda took up the issue—with anchor Akshay discussing with panellists the reasons behind and solution to the soaring India-Pakistan tensions.

Initiating the debate with strong words of criticism towards Pakistan, Wing Commander Bakshi stated that the neighbouring country always adopts cunning policies against India. Stating that Pakistan will never want any kind of physical war with India, Bakshi claimed that Islamabad is more inclined towards continuing the proxy war and is waiting for China to initiate a war with India.

Terming Pakistan as a “canker”, Dutta said India had often failed in the bilateral peace talks with Pakistan—which backs and funds terror groups from its own soil. Claiming that there have been several Indians among the Pakistani agents, Dutta stated that it is high time India gets into a final war with its neighbour.

Speaking on the escalating threats of terror across the country, Pandey said all democratic countries must together initiate a major war against terrorism.

Also backing the need of strict actions against terrorism and terror funding, Rajput stated that while the Indian Army is completely prepared to face its enemies, stringent legal action should be taken against any civilian who promotes anti-national activities.

However, Raina stated that the Indian government’s policy to tackle Pakistan is unclear. While India has been trying to resolve the disputes between the two countries through bilateral talks, in the last 70 years whenever India initiated peace talks, it has been betrayed by the neighbouring country.

Meanwhile, data from the Jammu and Kashmir government shows that at least 56 Indian security personnel have been killed in the last three years in cross-border firings, violating the ceasefire agreement signed in 2003.