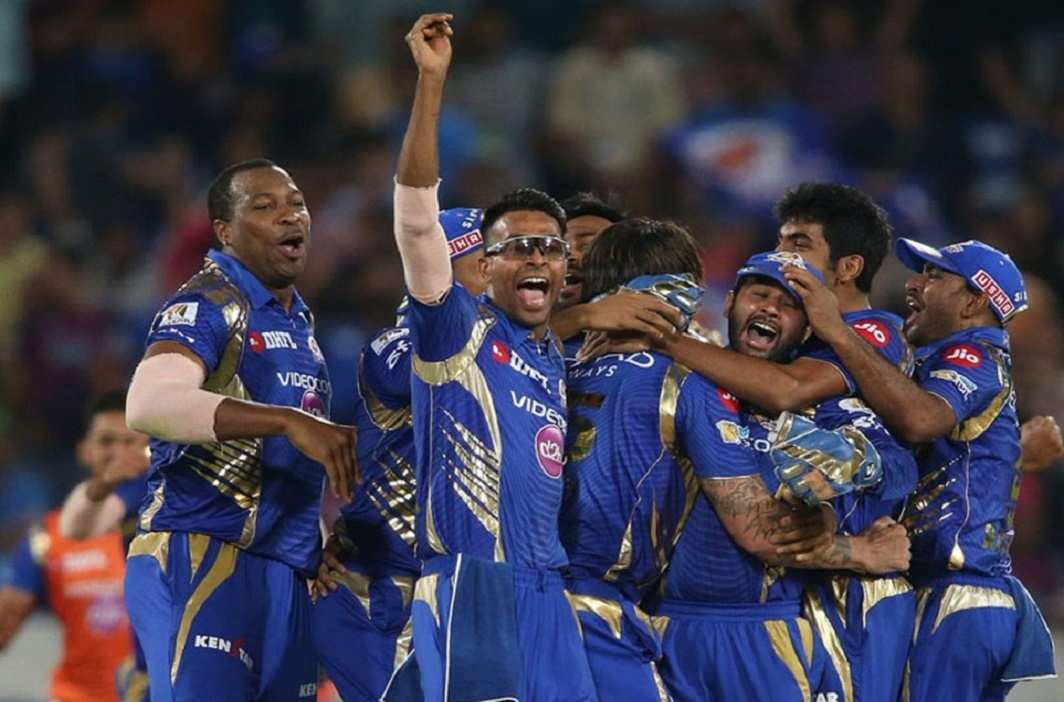 Prior to the victory in the finals, MI had lost thrice to RPS in as many matches but they held onto the match under pressure to win the championship.

The match was going Pune’s way until the last quarter of the match but they faltered due to disciplined bowling by Mumbai.

Batting first, Mumbai could manage a paltry 129. In reply, RPS were cruising well at 71 for 1 in the 12th over. And stayed the course in the 15th over needing just 47 runs with 8 wickets in hand.

MI came strongly back in the last quarter to get through the nerveless MS Dhoni- Steve Smith pair and seal victory off the last ball.

Jasprit Bumrah and Mitchell Johnson picked up 5 wickets between them at an economy rate of 6.5. Lasith Malinga made a valuable contribution with an economical spell in the final stages of the match.

Krunal Pandya was adjudged man of the match for his 38-ball 47 for MI in the low-scoring match. The all-rounder was the highest run getter for Mumbai Indians in the final along with an economical bowling spell.