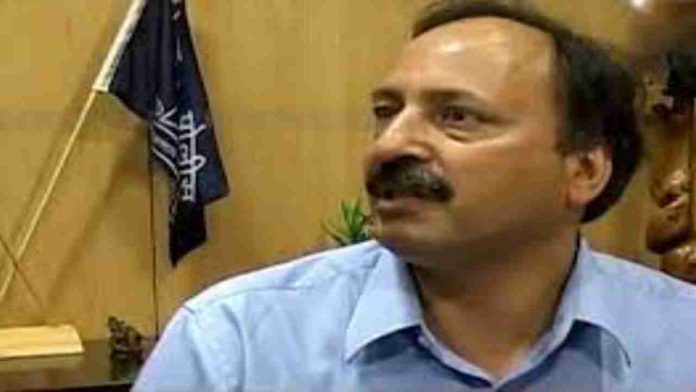 The 26/11 terror attack has left a deep scar not only on Mumbaikars but on every citizen of India. September 26, 2008, is the horrifying day when ten Lashkar-e-Taiba terrorists from the sea targeted 8 important south Mumbai locations including Taj Hotel and Tower, Chhatrapati Shivaji Terminus, Mumbai railway station, Oberoi-Trident Hotel, Nariman House Complex, Cama Hospital, and Leopold Cafe.

As per reports, 166 people were killed and over 300 people were injured in the attack that continued for 3 days. Every year, the day reminds us of the extreme horror and grief that every India must have gone through. The 3 long days of terror came to an end due to the Bravehearts who valiantly fought the terrorists and lost their lives in the process.

As we mark 13 years of 26/11, let’s remember the heroes of the Mumbai terror attacks

Hemant Karkare was the chief of the Mumbai Anti-Terrorist Squad who was the first one to fire shots at Kasab. Along with other officers Vijay Salaskar and Ashok Kamte, Hemant spotted the 2 terrorists who were hiding behind a red car. He saw one of the terrorists, Kasab and fired a shot. However, in exchange for bullets, Hemant Karkare got martyred.

Read Also: Man behind 26/11 Mumbai attack: From planning of Mumbai attack to Ajmal Kasab’s death penalty, here’s all you need to know!

Sub-Inspector Tukaram Omble showed immense courage on the horrifying night and took dozens of bullets at point-blank range fired by Ajmal Kasan. He was a former army officer and his bravery defeated Kasab. Tukaram Omble was honoured with the Ashoka Chakra posthumously.

Major Sandeep Unnikrishnan was a member of the elite Special Forces. He lost his life while saving his fellow NSG commandos of 51 Special Action Groups and guests at the Taj Hotel. He was killed by a terrorist who was armed with grenades and an AK-47. Major Sandeep was honoured with the Ashoka Chakra posthumously.

Vijay Salaskar was an encounter specialist. Along with Hemant Karkare, Ashok Kamte, and other constables headed towards Cama hospital in a jeep. The crew was spotted by Ajmal Kasab from behind a tree and several bullets were fired at the policemen. The encounter specialist succumbed to his injuries.

Ashok Kamte was the Additional Commissioner of the Mumbai Police. He was martyred in action by terrorists in a narrow lane between St Xavier’s College and the Rang Bhavan opposite Corporation Bank ATM. He was too awarded with the Ashok Chakra posthumously.