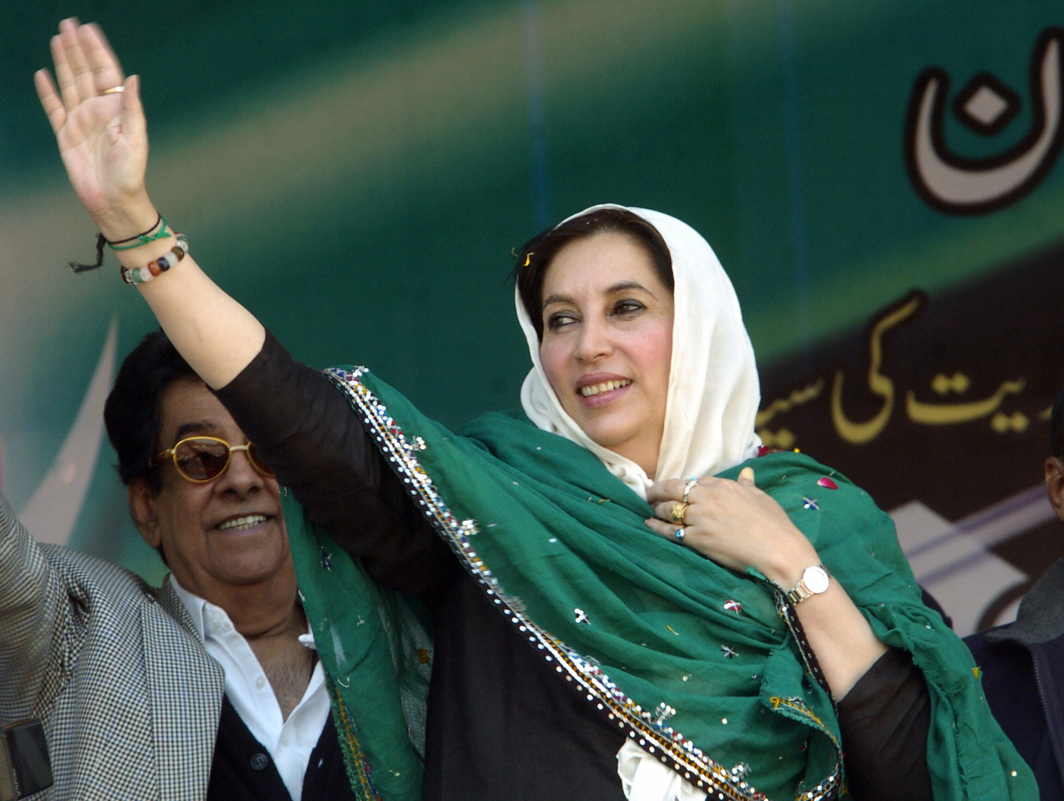 An Anti-Terrorism court in Rawalpindi, on Thursday, declared former Pakistan president General (retd) Pervez Musharraf an “absconder” and ordered that the State seized all properties owned by him. The court’s order came while it declaring its verdict in the assassination of former Pakistan Prime Minister Benazir Bhutto, who was killed in a suicide attack on December 27, 2007 while campaigning for her party at Rawalpindi’s Liaquat Bagh.

Musharraf, who is the key accused in Benazir’s assassination, has been living in London since November 23, 2008, under a self-imposed exile. He had resigned from the post of Pakistan’s president on August 18, 2008 after facing threats of being impeached when Bhutto’s political outfit, the Pakistan People’s Party (PPP) swept the federal elections in the country earlier the same year, riding on a sympathy wave due to its leader’s death.

The Rawalpindi anti-terror court also awarded a total of 17 years in jail term for Saud Aziz, who was police chief of Rawalpindi when Bhutto was assassinated, and Khurram Shahzad, a former Superintendent of Police (SP) at Rawal Town. Aziz and Shahzad have each been awarded 10 years in prison under Section 119 of the Pakistan Penal Code (PPC) and seven years each under Section 201 of the PPC. They have also been fined Rs 5,00,000 each with the caveat that if they fail to pay this fine, they will be liable to spend another six months in jail. The two, who were out on bail, were present in the court premises for the pronouncement of the verdict and were immediately taken into custody by the police.

Five suspects, Rafaqat Hussain, Husnain Gul, Sher Zaman, Aitzaz Shah and Abdul Rashid, all alleged operatives of the banned terror outfit Tehreek-i-Taliban Pakistan (TTP) have been acquitted on all charges in the case.

Aziz had been charged of abetting the murder of Benazir Bhutto as he ordered the transfer of then Rawalpindi superintendent of police Ashfaq Anwar from Benazir Bhutto’s rally to Sadiqabad. The prosecution also blamed him for not conducting an autopsy of the slain PPP chief.

ATC judge Asghar Khan, had on Wednesday, reserved his verdict in the case after recording closing arguments by the prosecutor, Federal Investigation Agency (FIA), and counsels for the accused.

In January 2008, shortly after Bhutto’s assassination, the Rawalpindi police had registered a FIR in the case and trial of the five TTP suspects had started in the following month. The case was later handed over to the FIA after PPP won the 2008 general election.

In his concluding arguments before the Rawalpindi court, counsel for FIA, Mohammad Azhar Chaudhary had reiterated the agency’s stand that the assassination of Bhutto was ordered by Pervez Musharaff. Chaudhary had rejected claims that the TTP acted alone in executing the former Pakistan Prime Minister and had rubbished reports about a telephonic conversation between an ex-TTP chief and a cleric in which the former hailed the 5 suspected terrorists – who were acquitted by the court on Thursday – for executing the attack successfully.

The FIA counsel claimed that Musharraf, through his close aide former director general of the National Crisis Management Cell Brigadier (retd) Javed Iqbal Cheema, had developed the “fake evidence to save himself and mislead the investigators”.

Chaudhary also blamed Saud Aziz for his involvement in the killing, asserting that Aziz did not allow an autopsy to be conducted for Bhutto despite the medico-legal procedure being required under protocol.

According to Dawn News, Ghanim Aabir, the counsel for Saud Aziz, refusing the allegation levelled by the FIA counsel argued that Anwar had been transferred following the firing incident on motorcade of PML-N chief Nawaz Sharif on the Islamabad Expressway around the same time when Bhutto was on her poll campaign trail in Sadiqbad and Rawalpindi. Aabir also claimed that arrangements for the autopsy had been made by Aziz but the procedure was not conducted as the consent of Bhutto’s husband, Asif Ali Zardari had not been received. He further said that a post-mortem on Bhutto’s body was not required since doctors had already identified the cause of her death as it was obvious.