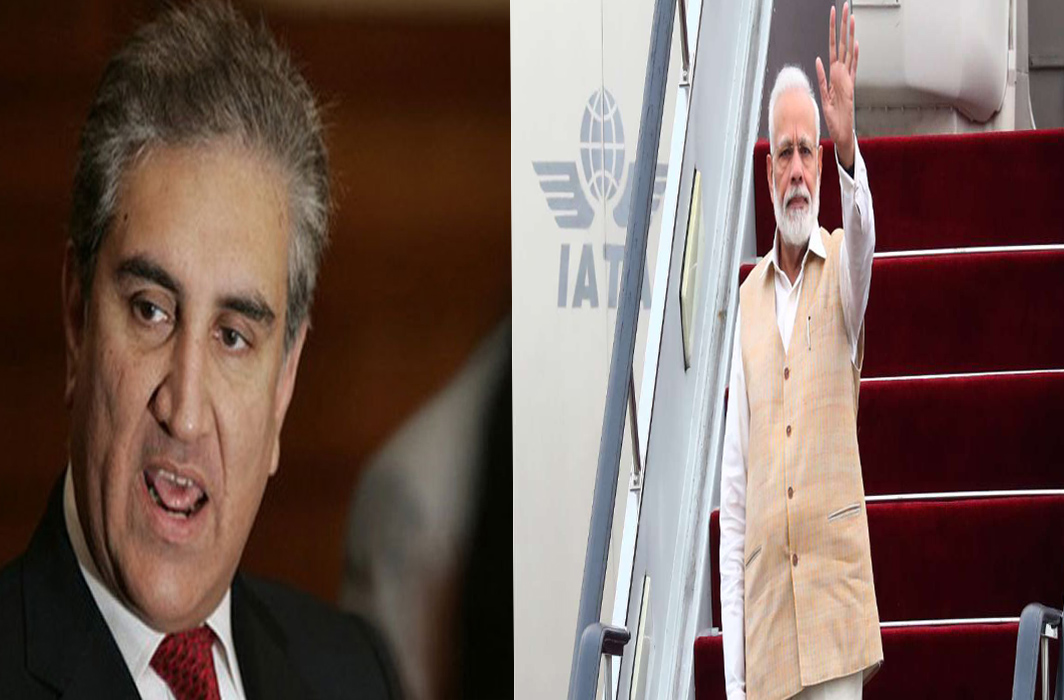 Pakistan on Wednesday, September 18, denied India’s request to allow Prime Minister Narendra Modi’s VVIP flight to use its airspace for his upcoming visit to the United States via Germany, citing “the current situation in Kashmir”.

“We have conveyed to the Indian High Commission that we will not allow use of our airspace for Prime Minister Narendra Modi’s flight,” said Pakistan’s foreign minister Shah Mehmood Qureshi, according to a Twitter post by ANI on Wednesdimay.

Pakistan Foreign Minister Shah Mehmood Qureshi: We have conveyed to the Indian High Commission that we will not allow use of our air space for Prime Minister Narendra Modi's flight. pic.twitter.com/dfZLpg5O66

In a video released by his foreign ministry, Qureshi cited the situation in Kashmir to deny permission.

“In the light of the current situation in Kashmir, India’s attitude and atrocities there, we have decided to not allow our airspace for the flight of the Indian prime minister,” he said.

Modi will travel to the US on September 21 to attend the ‘Howdy Modi’ diaspora event on September 22 along with US President Donald Trump. He will also address the United Nations General Assembly in New York on September 27.

The Indian government said it “regretted” Pakistan’s decision to not allow Modi’s plane to use its airspace.

“We regret the decision of the government of Pakistan to deny overflight clearance for the VVIP special flight for a second time in two weeks, which is otherwise granted routinely by any normal country,” said Ministry of External Affairs (MEA) spokesperson Raveesh Kumar.

Ministry of External Affairs Spokesperson, Raveesh Kumar: Pakistan should reflect upon its decision to deviate from well established international practice, as well as reconsider its old habit of misrepresenting the reasons for taking unilateral action. 2/2 https://t.co/D5rlr8EneI

Earlier this month, Pakistan also denied President Ram Nath Kovind to use its airspace for his flight to Iceland. The decision was approved by Prime Minister Imran Khan in view of the tense situation in Kashmir.

“Pakistan should reflect upon its decision to deviate from well established international practice as well as reconsider its old habit of misrepresenting the reasons for taking unilateral action,” Kumar added.

Pakistan had fully closed its airspace in February after an Indian Air Force strike on a Jaish-e-Mohammed (JeM) terror camp in Balakot. The country opened its airspace for all flights except for New Delhi, Bangkok and Kuala Lumpur on March 27.

Pakistan has already suspended its trade with India and stopped the train and bus services in protest to India’s August 5 decision to end Jammu and Kashmir’s special status.

Tensions between India and Pakistan spiked after India abrogated provisions of Article 370 of the Constitution to withdraw Jammu and Kashmir’s special status and bifurcated it into two Union Territories, evoking strong reactions from Pakistan.