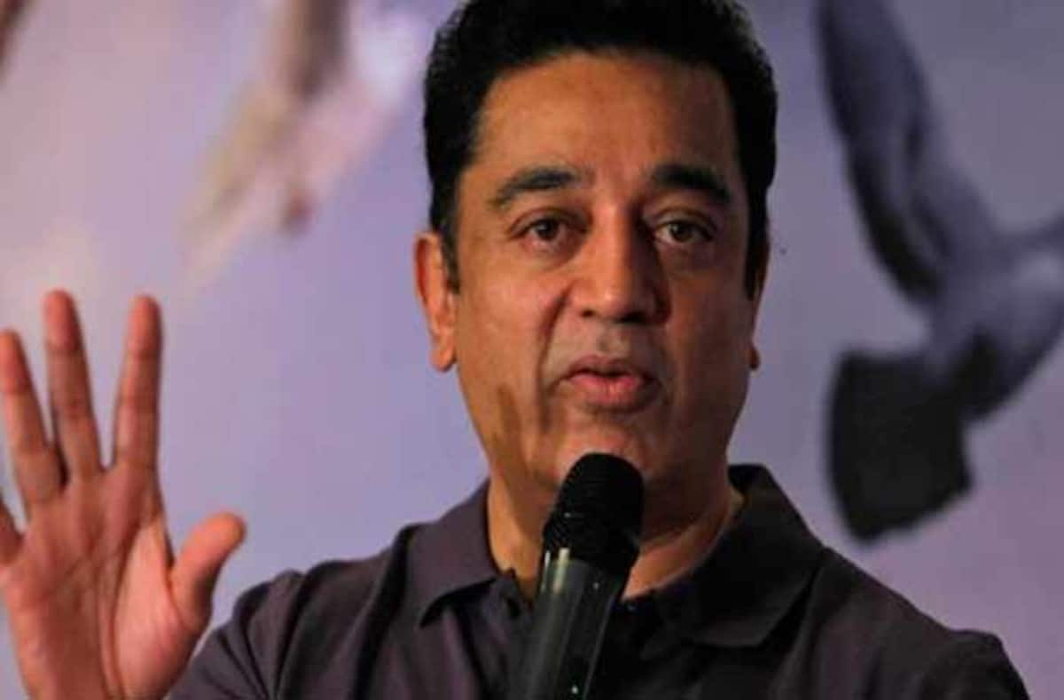 Noted actor Kamal Haasan who joined politics last year and founded his own party, MakkalNeedhiMaiam, yesterday (Sunday, May 12) sparked off a controversy by saying “free India’s first terrorist was a Hindu,” referring to Nathuram Godse who killed Mahatma Gandhi in 1948.

Addressing an election rally for his party candidate in Aravakurichi assembly constituency, where bypolls will be held on Sunday, May 19,Haasan clarified that his statement was not meant to appeal to the Muslim-majority electorate in the constituency.

“I am not saying this because this is a Muslim-dominated area, but I am saying this before a statue of Gandhi. Independent India’s first extremist (theevravaadi) was a Hindu, his name is Nathuram Godse. There it starts,” Kamal Haasan said while campaigning in the town of Aravakurichi in Tamil Nadu’s Karur district on Sunday night.

Haasan said he had come here “seeking answers for that murder,” referring to Gandhi’s assassination in 1948. “Good Indians desire equality and want the three colours in the tricolour to remain intact. I am a good Indian, will proudly proclaim that,” he added.

Haasan said he was one of those “proud Indians” who desires an India with equality and where the “three colours” in the tricolour, an obvious reference to different faiths, “remained intact.”

“But dares to take up decades old event which was well enquired & guilty punished ?He threatened to leave india when his film screening was prevented by religious groups!but now he calls himself true indian! True political acting started now having lost the chances in screenplay. (sic),” she added.

Also criticising the veteran actor was Bollywood star Vivek Oberoi, who will be seen essaying the role of Narendra Modi in a biopic based on the PM.

“Dear Kamal sir, you are a great artist. Just like art has no religion, terror has no religion either! You can say Ghodse was a terrorist, why would you specify ‘Hindu’ ? Is it because you were in a Muslim dominated area looking for votes?” Oberoi said.

Earlier, in Nov 2017, too, Haasan had sparked off a row when he said that extremism has infected right-wing groups, provoking a confrontation with the BJP. “In the past, Hindu, right-wing groups would not indulge in violence. They would hold a dialogue with opponents. But now they resort to violence,”Haasanhad said.

Earlier this year, Kamal Haasan had blamed the right-wing the widespread protests that erupted in Kerala over the Sabarimala temple issue.

The actor launched his party in February last year and fielded candidates in all 39 Lok Sabha seats in Tamil Nadu.

The other superstar from Tamil Nadu, Rajinikanth, who has also joined politics, skipped the mega polls to focus on the 2021 Tamil Nadu election.