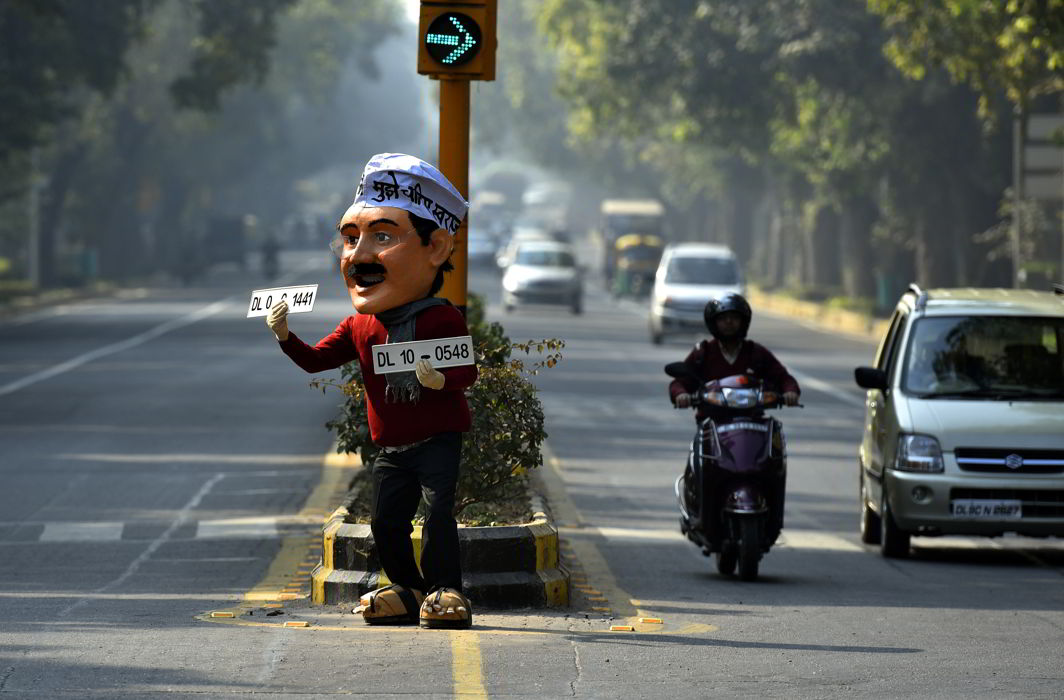 The National Green Tribunal (NGT) on Friday pulled up the Delhi government for ordering “odd-even” traffic scheme in the Capital from next week. It said pollution control boards had reported that the car-rationing plan did not help improve air quality in Delhi.

Delhi Chief Minister Arvind Kejriwal had on Thursday said that the odd-even scheme, used twice before in the capital to check pollution, will apply from 8 am to 8 pm for Monday to Friday. Under the scheme, cars with license plate numbers ending in even numbers run on even dates and odd numbers on the odd dates.

“The odd-even formula can’t be imposed like this. Nothing has been done from your end for the past one year,” the NGT said.

It said if the Delhi government felt it is required, “we will hear the case tomorrow but as of now we don’t find it desirable.”

The NGT said that “100 measures” have been suggested to curb pollution, “but you always opted for odd-even.”

“Tell us one case of a builder you caught since yesterday,” the NGT demanded. On the other hand, if the Delhi government thought it was effective in curbing pollution, “why is odd even it coming on Monday, it should have come earlier when the levels were really high.”

“Delhi government will have to justify the implementation of this scheme,” the NGT said.

The government is expected to present evidence in court tomorrow of why the traffic restrictions are needed. It does not have the support of the centre. “What was the use of the odd-even formula last time? Did it even have any effect?” asked union minister Mahesh Sharma.

On April 21 last year, the CPCB had told NGT that there was no data to suggest that the odd-even scheme has led to a decline in vehicular pollution in Delhi-NCR.

During the hearing, the Delhi government counsel told the bench that they were introducing the odd-even scheme in pursuance to the directions of the apex court-appointed EPCA.

But the tribunal rapped the city government over this submission and said the Environment Pollution Control Authority (EPCA) had issued several suggestions and the odd-even scheme was just one of them.

The AAP government had yesterday announced introduction of the odd-even scheme as part of a Graded Response Plan to tackle the alarming pollution levels in the capital.

The city has been experiencing ‘severe’ air quality and has been reeling under a blanket of thick haze, as pollution levels breached permissible standards by multiple times. The prevailing level of PM2.5 in the capital was hovering around 433 microgrammes per cubic metre, while PM10 stood at around 617, as per latest CPCB data.

The NGT also directed the city government to report the comparative emission caused by diesel and petrol vehicles and asked it to clearly enumerate the contribution of small petrol cars in pollution. It also questioned the justification of exempting two-wheelers and women drivers during the odd-even scheme despite knowing that two-wheelers caused 46 per cent pollution, as per an IIT Kanpur report.

Following a plea by the AAP government, the green panel however allowed the industries engaged in essential services to operate in the Delhi-NCR on the condition that they would not pollute and cause emissions. The NGT also noted that the Delhi government has been taking steps in the interest of environment and public health and these were laudable.

Directing the states to ensure that there is no crop burning, the NGT warned, “If any such incident is reported, a considerable amount of fine will be charged from salary of responsible officer”.

The board also asked the government to impose Rs 1 lakh as fine on builders found violating directions, as construction work has been halted in view of smog and air pollution.

The hearing remained inconclusive and will continue tomorrow.

With deadly smog blanketing Delhi and the neighbouring states, the NGT had yesterday banned construction and industrial activities and entry of trucks. All 6,000 schools in Delhi have been closed till Monday.

The CM has urged Haryana and Punjab to stop farmers from stubble burning (setting on fire  what’s left after fields have been harvested). Other major contributions to the filthy air are vehicle emissions and dust from construction sites. Trucks have been banned from entering the capital for now; a stop to all construction activity has also been ordered.

The problem has been compounded this year by still conditions, the weather office said.