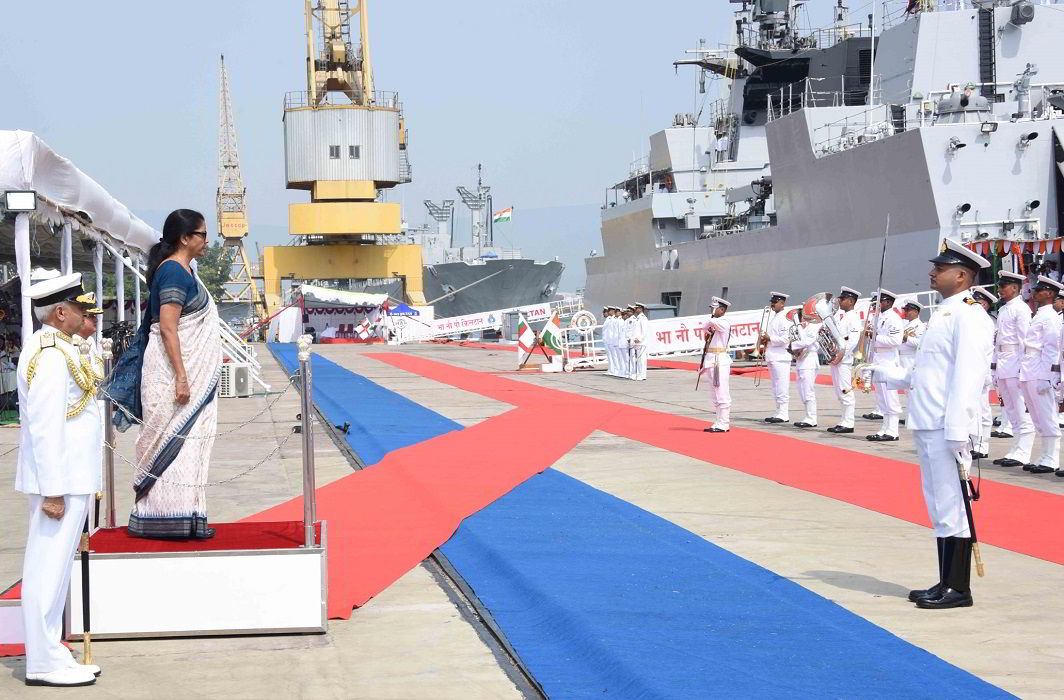 Defence Minister Nirmala Sitharaman on Monday commissioned the indigenously-built anti-submarine warship INS Kiltan into the Indian Navy in a ceremony held at the naval dockyard in Visakhapatnam.

INS Kiltan, which is the third of the four indigenously built Anti-Submarine Warfare (ASW) stealth corvettes, has a team of 13 officers and 178 sailors led by commanding officer Naushad Ali Khan. It was designed by the navy and built by Garden Reach Shipbuilders and Engineers in Kolkata.

According to a official release, INS Kiltan is the first major warship to have a superstructure of carbon composite material. This, the release said, helps improve stealth features and lower top weight and maintenance costs.

Addressing the audience on the occassion, Sitharaman said INS Kiltan strengthens the defence system and will be a shining armour of the ‘Make in India’ programme as it is totally built in the country.

The ship derives its name from one of the islands in Aminidivi group of Lakshadweep and Minicoy islands. It also boasts of the legacy of the Petya Class ship of the same name Kiltan (P79). The USSR built ship had participated as Task Force Commander in the “Operation Trident” during the 1971 Indo-Pak war.