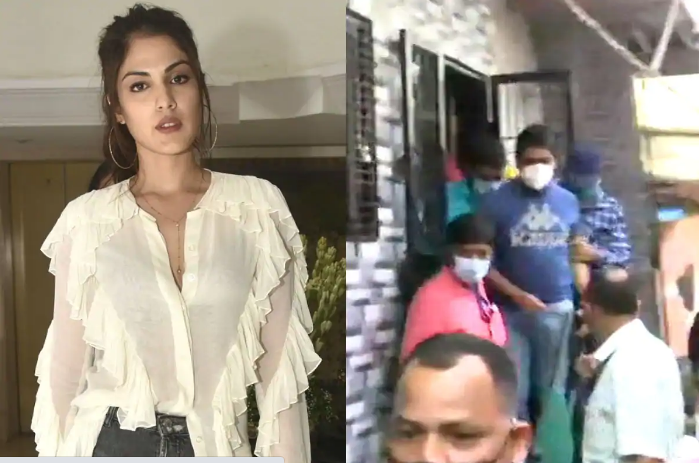 The Narcotics Control Bureau carried out searches at the home of actor Rhea Chakraborty’s brother Showik Chakraborty on Friday morning and took him in for questioning. Following the early morning search, his laptop was seized. The NCB is probing the links between Showik and arrested alleged drug dealer Zaid Vilatra as part of its investigation into the drugs angle leading to death by suicide of actor Sushant Singh Rajput. Vilatra, was arrested on Wednesday.

NCB officials said they were following procedure after discovering WhatsApp chats from Rhea Chakraborty’s phone that pointed to a chat for allegedly procuring drugs between her and an unidentified person believed to be Samuel Miranda, Rajput’s house manager, who has also been taken in for questioning.

Sources said Vilatra allegedly sold cannabis to Showik and Miranda. In media interviews, Rhea Chakraborty had said she had never consumed drugs and said she had tried to stop Rajput from continuing with his habit.

Following Rajput’s death on June 14, his family had alleged that Rhea Chakraborty had troubled the actor leading to his death. Consequently, Rhea, her family and a few others are being investigated by a slew of agencies, the CBI, the ED and the NCB, which is looking into the procuring of drugs.

The controversy surrounding Rajput’s death has been fodder for the TV media’s debate  excesses with several TV channels vying with each other to wash the dirty linen of the deceased in public, with some even showing the pictures of the late actor and touting it as an exclusive. With speculation on the death being the buzzbin favourite, the CBI had to officially dismiss on Thursday several reports second-guessing the developments in the investigation.

Psychiatrists treating Rajput had told Mumbai Police that the actor was suffering from severe depression and bipolar disorder. He had also, they said, discontinued taking medicines prescribed which is said to have worsened the situation.