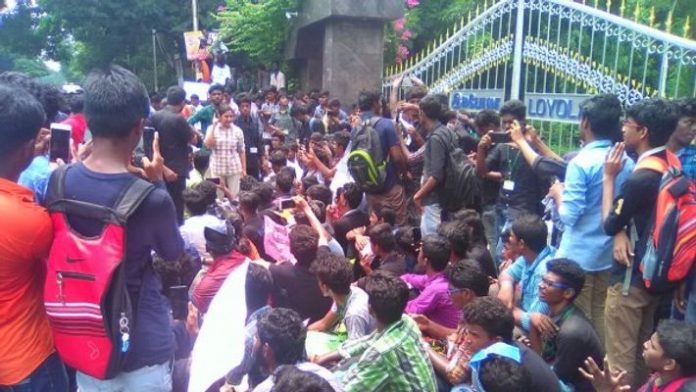 The spate of deaths by suicide by NEET aspirants in Tamil Nadu continued with an 18-year-old girl from Madurai ending her life, a day before the medical examination was to be held on Saturday. The girl left a suicide note in which she wrote about the stress she was undergoing and the fear of failing the exam and thereby not getting a seat in a good medical college.

She is said to be a police sub-inspector’s daughter and this was to be her second attempt at NEET. In her suicide note found in a book of hers, she asked her family members not to blame themselves for her death by suicide. She said she was taking this extreme step out of fear of failing the exam. Madurai Police have sent her body for an autopsy.

Dravida Munnetra Kazhagam  (DMK) chief MK Stalin, a very vocal and fierce critic of holding the NEET in the first place, had also been at the forefront opposing the holding of the career-defining exam under the shadow of the Covid-19 pandemic. He had asked the Central government to defer this year’s NEET for medical college admission.

Marumalarchi Dravida Munnetra Kazhagam  (MDMK) founder and Rajya Sabha MP Vaiko also slammed the BJP-led Centre, saying students were ending up taking their own lives due to the “imposition” of NEET on them.

Apart from scoring good marks in Class 12 exams, Vaiko said students from poor backgrounds were being filtered out by NEET and their dreams of getting into good colleges remains a dream. He further added the cancellation of NEET can prevent such deaths.

The AIADMK-led state government and opposition parties in Tamil Nadu have been against holding NEET and JEE Mains during the pandemic. Recently, two other students died by suicide due to NEET pressure in the state.