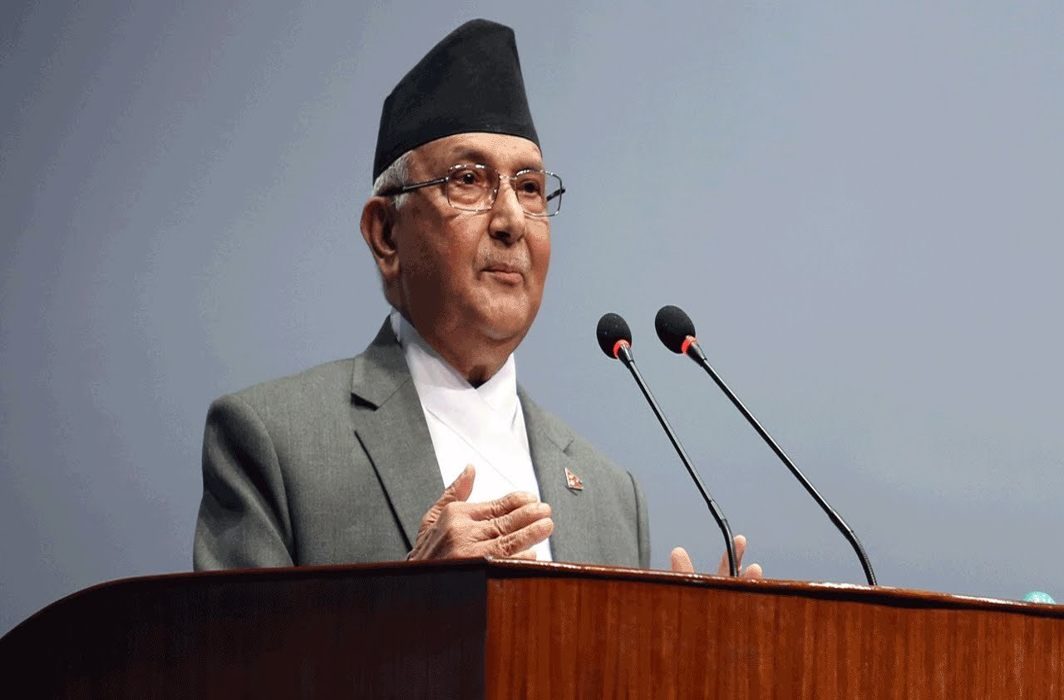 Continuing his friendly gestures Nepalese Prime Minister K P Sharma Oli has asserted that his country had not allowed its territory to be used against India’s sovereign interests and assured that Kathmandu was firm in its resolve to maintain the policy.

While addressing an event organised by India Foundation at New Delhi Saturday evening Oli said “Amity with all and enmity with none is our motto in foreign policy. We seek to foster relations with neighbours and all friendly countries around the world, based on justice, sovereign equality, mutual respect and benefits.”

Trust was the key cementing factor between the two neighbours, he said, noting that it derived strength from principles like “equality, justice, mutual respect and benefit as well as non-interference”.

He further said, “As friendly neighbours, our two countries need to be aware of and have respect for each other’s concerns and sensitivities. Nepal has not allowed its land to be used against the sovereign interests of India. We are firm in our resolve to maintain this position and it is natural that we expect a similar assurance from India.”

Nepal’s Prime Minister’s comments came at a time when India has indicated its concern regarding China’s growing influence over Nepal. Even there was a discussion before Oli’s visit that if China builds Nepalese dams India will not buy energy from the Himalayan neighbour.

Oli added that Nepal was between two big neighbours — India and China — and it wanted to have friendly, neighbourly relations with the two.

This is Oli’s first visit to India after taking charge as Nepal’s prime minister for the second time in February. He visited India during his first term in February, 2016. Many observers see Oli as favouring a closer relationship between Nepal and China.

They had blocked major trading points between India and Nepal, preventing goods from reaching the landlocked country. The months-long blockade had led to souring of the ties between the two countries.

In his press statement after the delegation-level talks with Prime Minister Narendra Modi, Oli lauded India’s initiative to have guidelines and regulations for cross-border electricity trade, but said Nepal wanted an early realisation of the open market provision of the bilateral power trade agreement, which was concluded between the two sides in 2014.

Nepal’s PM is, on Sunday, visiting Pantnagar, Uttarakhand for G. B> Pant University of Agriculture and Technology, Breeder Seed Production Center and Integrated Farming Project. He is also being conferred with Honorary degree of Doctor of Science by the host University.