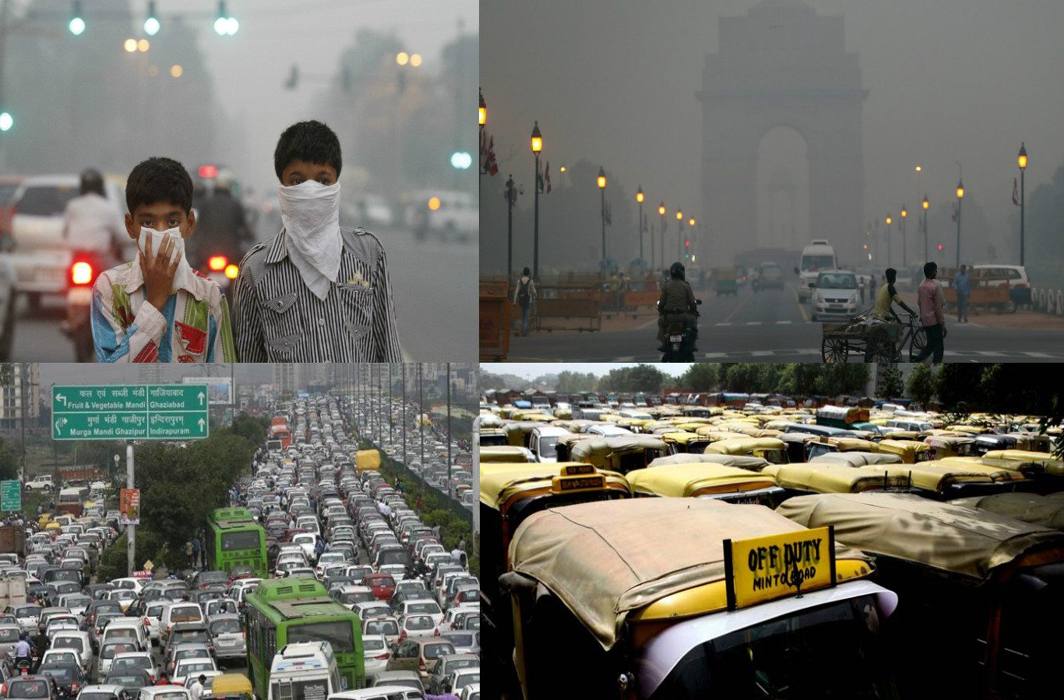 While pollution in the region reduced somewhat on Tuesday, the National Green Tribunal (NGT) refused to allow exemption to women and two-wheelers from odd-even traffic scheme as proposed by Delhi government, allowing it to withdraw its review petition with the liberty to file a fresh petition.

The NGT directed Delhi government to ensure that over 10-year-old diesel vehicles are taken off the roads without delay.

The NGT had on November 11 given a conditional nod to the AAP government’s decision to implement the odd-even scheme for five days from November 13, ordering that no exemption should be allowed to “any person or officer and two-wheelers”.

The Delhi government had withdrawn the Odd-Even scheme after the NGT ruled out exemption to women and two wheelers, citing women’s safety and inadequate buses as concerns, and filed a review application.

While hearing the Delhi government’s application, the NGT asked the government to provide “one scientific reason” as to why two-wheelers should be exempted from the scheme when both the Central Pollution Control Board (CPCB) and the Delhi Pollution Control Committee (DPCC) had said that two-wheelers are more polluting than four-wheeled vehicles and contribute a major portion of the vehicular pollution.

On Delhi government’s argument for exempting women from Odd-Even on grounds of safety, the NGT bench headed by Justice Swatanter Kumar asked why it can’t run ladies-only buses to address the issue. “Why don’t you take positive steps? Why should we exempt anyone?” asked NGT. “Last time you said, you’re procuring 4000 buses, what happened to that,” the green tribunal added.

The NGT also asked the government to identify most polluted areas today and sprinkle water as it ordered taking 10-year-old diesel vehicles off the roads.

The NGT also directed the pollution boards to submit the analysis of pollution levels on the next date of hearing for them to analyse even as all restriction imposed on the previous order will continue till the date of hearing. The green tribunal also noted that those industries whose emissions are within the parameters, are non-polluting and compliant with regulations be allowed to work.

Regarding functioning of industries in the National Capital Region (NCR), the bench said, “We clarify that industries manufacturing essential commodities like eatables, have been exempted from the prohibiting orders of the NGT.

“We also direct that the industries whose emissions are within the prescribed parameters and which are non-polluting and compliant to the directions, can operate subject to verification.”

It also allowed the construction work of the Eastern Peripheral Expressway in the NCR, which will bypass Delhi on the eastern side, subject to an assurance by the senior-most officer of the National Highway Authority of India (NHAI) that no pollution would be caused.

The tribunal noted that as per reports of the pollution control committees, two-wheelers caused greater pollution, and according to CPCB and DPCC, approximately 30 per cent pollution was caused by them.

“If you permit 68 lakh two-wheelers to ply, what will be the extent of the pollution? You said thousands of buses were ordered but have not got a single bus yet. You wait for a crisis,” the bench said.

Noting that particulate matter (PM) 10 was higher than 900, it said, “You (Delhi government) are sprinkling water on trees. What you are supposed to do is to climb a multi- storeyed building and sprinkle water using fire equipment.”

The bench also directed the Ministry of Environment and Forests, GNCT of Delhi, Transport department and pollution control boards to coordinate with each other in order to control pollutants in the air and take steps in accordance with its orders.