Who is Nihang Sarabjit Singh? Man who killed Lakhbir Singh at Singhu border, says he did what was right 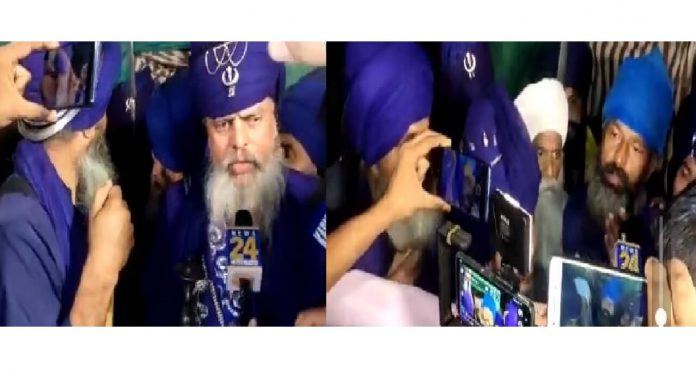 Soon after, the police arrived at the incident spot but at the time they arrived the man was dead. Framer’s body claimed that Nihangs were behind this murder. In just hours, Nihang Sarabjit Singh surrendered to the police.

Before surrendering, Nihang Sikh, Sarabjit Singh appeared before the media and he confessed that he was behind the killing of the Dalit farmer at the protest site. He even said that the person was discredeting a Sikh sacred book and he did what seemed right to him.

He also said that no one pressurised or asked him to do any such thing, it was his own decision. Moreover, Jathedar Raja Raj Singh, the Nihang Dal’s chief said that those who will try to discredit their efforts will be punished and in the near future, there will be even more tough punishments for the individuals who try to oppose them.

Read Also: Dussehra 2021: Bored of sending same old wishes? Here’s how you can create your own Dussehra stickers

Earlier, before Nihang Sarbjit Singh surrendered, ML Khattar, Haryana Chief Minister said that strict action will be taken and he also held a meeting at his residence in Chandigarh that was attended by Home Minister Anil Vij and the Haryana Police DGP, to discuss the gruesome killing.

The man who was killed was identified as Lakhbir Singh. He was 35-years-old and hailed from Punjab’s Tarn Taran district. Lakhbir was Dalit labour and was an adopted son. He was survived by his wife, sister and three daughters.