Bigg Boss 14 second runner-up Nikki Tamboli has no regrets of missing out on money bag, says Rakhi Sawant needed it more than her

Tamboli said had she walked away with the cash prize, she would have not been able to make it to top three and know how much her fans loved her. 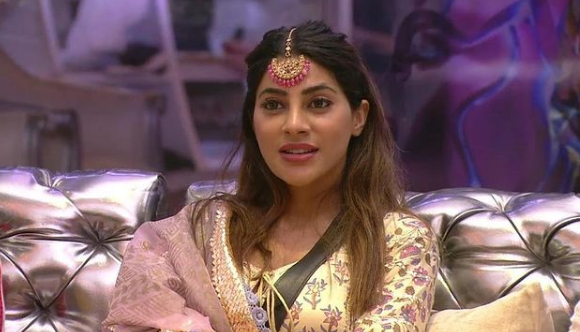 Bigg Boss 14 second runner-up Nikki Tamboli who missed out on the cash prize of Rs 14 lakh as Rakhi Sawant pressed the buzzer before her said she has no regrets as Sawant needed the money more than her. Tamboli said had she walked away with the cash prize, she would have not been able to make it to top three and know how much her fans loved her.

In conversation with an online entertainment portal, Tamboli said she did not even take Rs 6 lakh offered to her during a task as she wanted to stay in the show. Tamboli said she did think about taking the money bag as audiences remember only the winner and the contestant who take the cash prize but she was okay even if it did not happen.

Talking about her Bigg Boss journey, Tamboli said audiences were kind to her as she did not have any bad intentions for anyone. She said even if she was rude and harsh during the fights, she did not wish bad upon anyone.

Bigg Boss 14 came to an end on Sunday with TV actor Rubina Dilaik lifting the trophy. Singer Raihul Vaidya was the runner-up based on audience’s votes. Others in contention for trophy were Rakhi Sawant, Nikki Tamboli and Aly Goni.

The grand finale was a three-hour long affair and saw performances by five finalists, host Salman Khana and Nora Fatehi among others. the TV actor, who was loved for her strong opinions on the reality show, beat Rahul Vaidya to walk away with the Bigg Boss trophy and a cheque of Rs 36 lakh.

Rubina Dilaik had entered the show with husband Abhinav Shukla at a time they were heading for divorce. Dilaik revealed they were facing compatibility issues and decided to participate in the show to give second chance to their marriage.