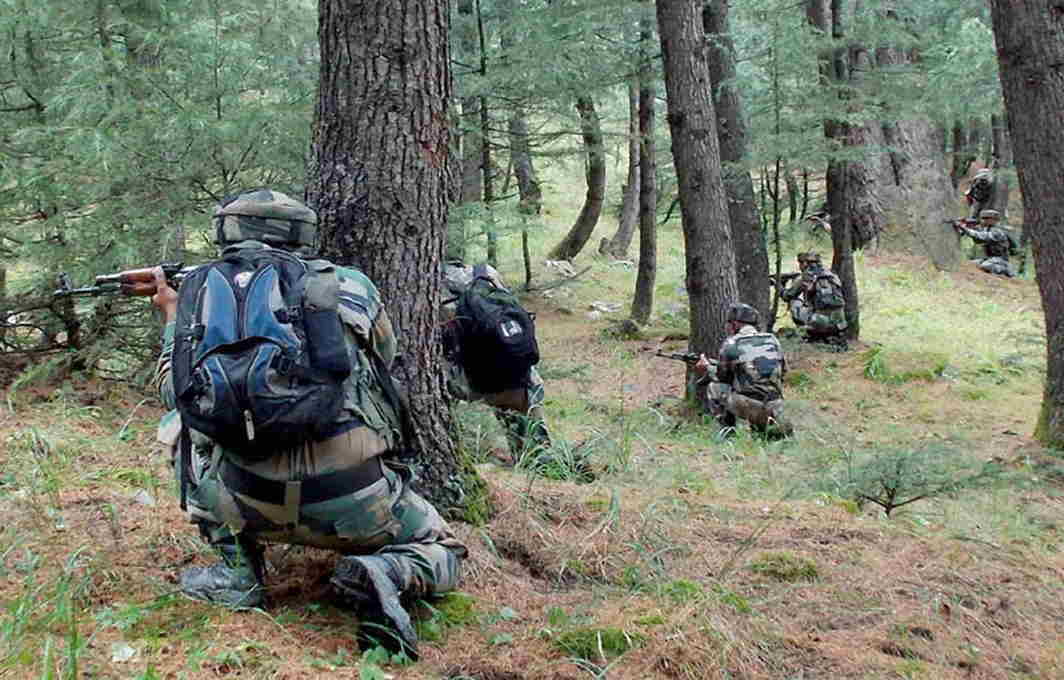 A nine-year-old girl and an army jawan were killed in ceasefire violations by Pakistan along the LoC in Poonch’s Balakote on Monday. At least one other person was injured in the ceasefire violation in Rajouri’s Manjakote sector in Jammu and Kashmir on Monday morning.

Pakistan resorted to ceasefire violations along the LoC in Poonch’s Balakote and Rajouri’s Manjakote and Bhimber Gali sector in Jammu and Kashmir, according to news agency ANI. Heavy shelling and firing exchanges are on and the Indian Army is strongly retaliating to it.

The intense shelling of Indian posts and villages in Rajouri and Poonch districts came even as the director generals of military operations of the two countries met.

The Indian Army reserved the right to retaliate as all ceasefire violations were initiated by Pakistan, India said, adding it wanted peace along the de facto border.

IANS quoted Defence Ministry spokesman Lieutenant Colonel Manish Mehta as saying: “Pakistan, initiating the attack, resorted to unprovoked targeting of the Indian positions on the LoC in Bhimber Gali sector of Jammu and Kashmir. The indiscriminate firing using small arms, automatics and mortars that started from 7.30 a.m. is still on.”

In the fire exchange, Naik Muddasar Ahmed was grievously injured when mortar shells landed on his bunker. He was evacuated to the MI room where he succumbed to his injuries. Ahmed, 37, belonged to Duchoo village of Tral, Kashmir.

The girl has been identified as Sajida Kousar. Police said another woman was also injured during the shelling in Panjgraian village on the LoC and has been shifted to Rajouri hospital for treatment.

Heavy shelling is still going on along the LoC and the administration has advised all the villagers to remain inside their houses or go to safe places.

This summer, there has been a heavy exchange of fire along the LoC that has left many soldiers and civilians dead on both the sides. Twenty-three ceasefire violations were reported in June alone.

On Saturday, an Indian Army jawan was killed in cross-border firing across the LoC by Pakistani Army in Rajouri sector.

On July 15, a soldier of the Indian Army died after Pakistan resorted to unprovoked firing and mortar shelling in Rajouri sector across the LoC in Jammu and Kashmir. Lance Naik Mohammed Naseer (35), from border district of Poonch, was hit during the firing and shelling by the Pakistani troops on the Indian forward posts.

On July 12, two jawans were killed in sniper fire by the Pakistani Army in Keran sector of north Kashmir.

Earlier on July 8, two civilians were killed and some others injured when Pakistani Army violated ceasefire and resorted to mortar shelling and firing of small and automatic weapons targeting forward posts and hamlets along the LoC in the Poonch district.

Pakistan on Sunday had alleged that India’s firing on Pakistan Army jeep at Neelum Valley resulted in drowning and killing of four Army personnel.

The Indian Army on Monday rejected and rebutted the Pakistan Army’s charge of its soldiers targeting of Pakistan Army troops and civilians, which had resulted in the death of four Pakistani soldiers and one civilian in Athmuqam Sector of Pakistan occupied Kashmir opposite India’s Keran Sector in Kupwara District.

A statement to this effect was issued by Col Aman Anand, PRO (Army) on Monday. He said that India’s Director General of Military Operations (DGMO) Lt Gen AK Bhatt, in response, highlighted all the ceasefire violations that were initiated by Pakistan Army and added that the Indian Army had only responded appropriately to them.

Apart from these, Lt Gen Bhatt said that firing by Indian troops was initiated against armed intruders when attempting to infiltrate from close proximity of Pakistani posts along the Line of Control (LC). DGMO Lt Gen Bhatt also put across emphatically that the trend of infiltration along the LoC continued with active support of Pakistan forward posts impacting peace and tranquillity along the LoC and also the internal security situation.

“This was evident from continued attempts of sniping and targeting of our troops undertaken through cross border actions duly supported by Pakistani Army troops,” he said.

The DGMO made it clear that the Indian Army reserved the right to retaliate appropriately to any incident of violation of ceasefire but is sincere in its effort of maintaining peace and tranquillity along the LoC, provided there was reciprocity.