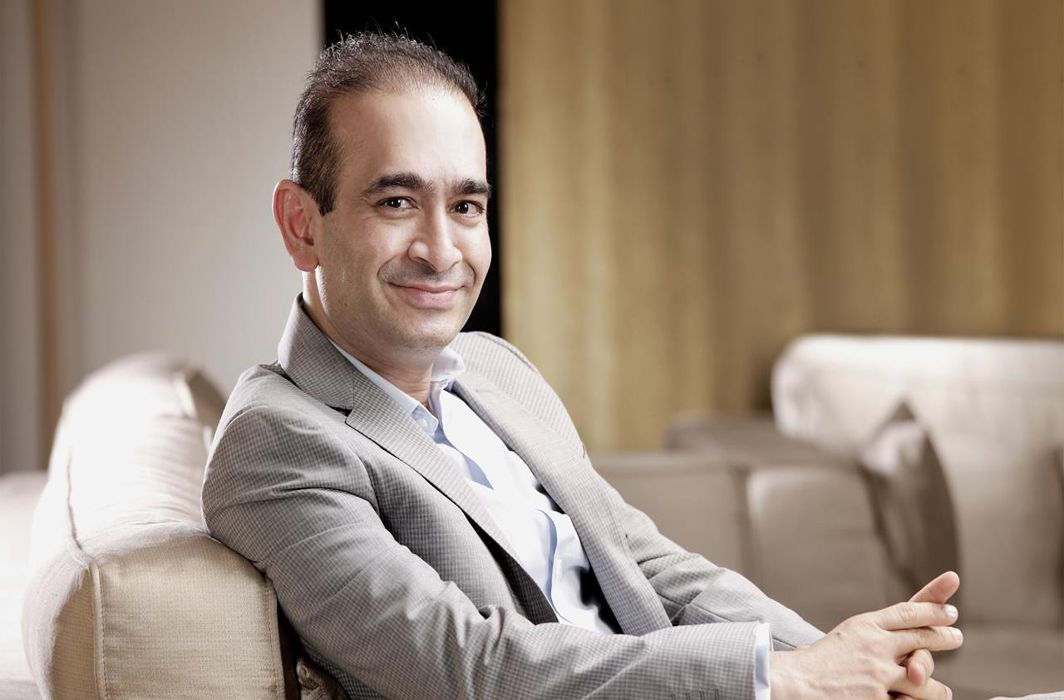 Nirav Modi, one of the prime accused in the country’s largest ever bank fraud, denies allegations levelled against him by Punjab National Bank (PNB), his lawyer said Tuesday.

Modi himself was reported to have written to PNB, saying he and his family members have been wrongly accused, claiming that the total dues were much less than alleged by the bank and saying that his companies have ceased to be going concerns because of search and seizures and jeopardised his ability to repay the dues.

Vijay Aggarwal, a lawyer representing Modi, told Reuters, “There is nothing, there is nothing in it,” referring to the police complaint filed by PNB alleging that companies linked to Modi and one of his relatives received credit worth nearly Rs 11,400 crore between 2011 and 2017 using false guarantees supplied by two bank officials.

The lawyer refused to disclose Modi’s whereabouts. Modi reportedly left the country before the complaint was filed and case registered. The CBI has put out a look out notice for him.

Talking about Modi’s dealings with PNB, Modi’s lawyer said, “Everything is documented,” adding that the state-owned bank had regularly levied fees on its dealings with the jeweller’s firms.

In its police complaint, the PNB alleged that two officials at a Mumbai branch of the bank steered fraudulent loans to companies linked to Modi and entities tied to jewellery retailer Gitanjali Gems, which is led by Modi’s uncle, Mehul Choksi.

Aggarwal dismissed the charge: “They are covering themselves up. They want to avoid liability … that is why they are cooking up this story.”

Choksi, who has also left the country, has not commented. Gitanjali, in a stock exchange filing, has denied Choksi’s involvement in the alleged fraud, reported The Hindustan Times (HT).

Modi wrote a letter to the bank’s management on February 15/16, according to PTI, blaming the bank for damaging his business and stating that his dues were much less than what the bank claimed.

“In the anxiety to recover your dues immediately, despite my offer (on February 13, a day before the public announcement, and on 15) your actions have destroyed my brand and the business and have now restricted your ability to recover all the dues leaving a trail of unpaid debts,” he said.

PNB, the second largest state-run bank, had on February 14 informed the exchanges of detecting USD 1.77 billion fraud at its Brady House branch in Horniman Circle area of south Mumbai and named the firms led by Modi and his uncle Mehul Choksi’s Gitanjali Group and some other diamond and jewellery merchants as suspects.

The bank had also filed criminal complaints with CBI and the ED, both of which launched nationwide searches on dozens of offices and residences of the alleged fraudsters. The bank named Modi’s brother, his American wife Ami, and uncle Choksi besides some others in the FIR.

Modi left the country along with his family in the first week of January, before the alleged scam became public.

In the letter, Modi pegged the money his companies owe to the bank under Rs 5,000 crore. “The erroneously cited liability resulted in a media frenzy which led to immediate search and seizure of operations, and which in turn resulted in Firestar International and Firestar Diamond International effectively ceasing to be going-concerns. This thereby jeopardised our ability to discharge the dues of the group to the banks,” the businessman wrote.

On the over Rs 11,000-crore loss claimed by the PNB in the FIR, Modi said, “As you are aware, this is entirely incorrect and the liability of the Nirav Modi Group is substantially less. Even after your complaint was filed, in good faith I wrote to you saying please sell/allow me to sell Firestar Group, or their valuable assets, and recover the dues not just from Firestar Group, but also from the three firms.”

Valuing his domestic business at around Rs 6,500 crore, he said, “This could have helped reduce/discharge the debt to the banking system,” but added that this is not possible as all his bank accounts have been frozen and assets sealed or seized.

The letter went on to state that PNB had time and again acknowledged that it had extended the buyers credit facility to the three partnership firms for several years, and that there has been no default on the part of any of these firms over this time period. He said that money went through PNB all these years for the repayments of the advances given by the overseas bank branches under the buyers credit.

In the letter, Modi also wrote that PNB has been earning bank charges to the tune of crores of rupees on the buyers credit facility from the three partnership firms and that PNB has extended the money to the firm’s buyers as well from where also it has been receiving full payments, with interest and on time all these years.

On the valuables that CBI/ED searches yielded worth Rs 5,649 crore, he said, “These, and other assets of the group and the three firms could have settled all the amounts due to banks. However, now that stage appears to have passed.”

He concluded by requesting the bank to “be fair, and support my efforts to make good all the amounts that are found due by my group to all banks.”

As per the PTI report, Modi also stated that his relatives booked in the cases filed by the central agencies had nothing to do with the operations of the firms being scrutinised. He said the bank has wrongly named his brother, who is not at all concerned with the operations of the three firms or other companies. “My wife is not connected with any business operations at all and she has been wrongly named. My uncle is also wrongly named in this complaint since he has an independent and unconnected business and none of them are aware or concerned with my dealings with your bank.”

“Whatever may be the consequences I may face for my actions, the haste was, in my humble submission, unwarranted,” Modi concluded and requested the bank to permit him to pay the salaries to 2,200 employees from the balance lying in the current accounts of his firms.

Five bank officials, including the two at the Mumbai branch, have been arrested in the case which stunned financial markets and sent PNB shares tumbling for a fifth straight trading day on Tuesday. Shares in PNB, which has shed nearly a third of its market value since disclosing the fraud, were down 3.5% in early trading after rating agency Fitch placed the bank on negative watch. Later, Moody’s also placed the bank’s ratings under review for a downgrade.

Below is the full text of the letter Nirav Modi wrote to the Punjab National Bank, as per media reports:

(a) The Buyers Credit Facility has been extended by PNB to the three partnership firms since several years.

(b) There has been no default on the part of any of these firms over all these years.

(c) Moneys have gone through PNB over all these years for the repayments of the advances given by the overseas branches of banks under the Buyers Credit.

(d) FIPL and FDIPL have been profitable, enjoyed a high (A-) credit rating, and have never been in default to any bank, and its bankers are fully secured.

(a) PNB has over the years been earning bank charges to the tune of crores of rupees on the Buyers Credit Facility extended by PNB to the three partnership firms.

(b) The banks that have extended the money to the firms buyers have been receiving payment in full, with interest, in time all these year.