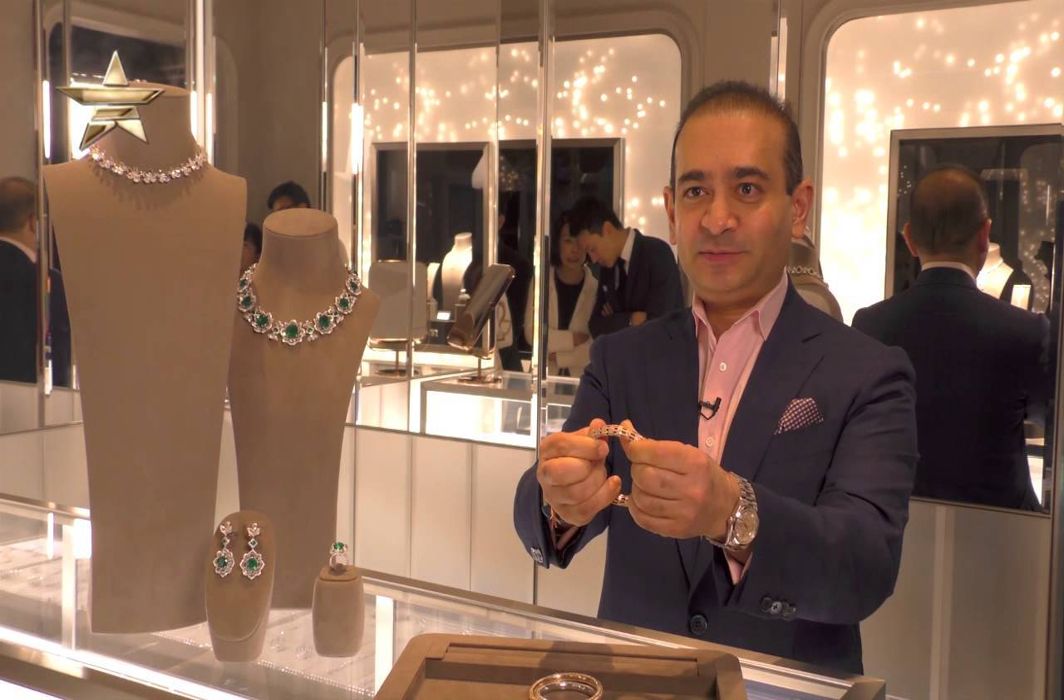 A petition seeking a special investigation team (SIT) probe in the over Rs 11,000 crore “scam” involving diamantaire Nirav Modi and his transactions with the Punjab National Bank (PNB) triggering a verbal duel between the Supreme Court bench of Chief Justice Dipak Misra and Justices AM Khanwilkar and DY Chandrachud and the petitioner, advocate Vineet Dhanda on Wednesday (February 21).

Dhanda’s petition, filed by his father – advocate JP Dhanda – on Tuesday, has made PNB, the Reserve Bank of India and the Union ministries of finance and law and justice parties in the case while seeking a direction for the initiation of deportation proceedings of Nirav Modi and others allegedly involved in the banking fraud, preferably within two months. It has also sought an investigation into the role of the top management of PNB in granting of loans to Nirav Modi and not being able to detect the alleged fraud. Directions from the top court to the Union finance ministry to frame guidelines on the grant and disbursal of loans involving big amounts has also been prayed for along with guidelines for framing of rules for the recovery of loans from the defaulters in a time-bound manner.

Following heated exchanges between the judges and Dhanda, during which Justice Chandrachud dubbed the petition as a “publicity interest litigation”, the top court decided to defer the hearing till March 15 when it will hear submissions by Attorney General KK Venugopal who has objected to the SIT probe and the petitioner’s other demand – the deportation of Nirav Modi.

During the course of the proceedings on Wednesday, the bench repeatedly reprimanded Dhanda while the Chief Justice too pulled him up for questioning Venugopal’s attempt at opposing the demand for an SIT probe.

Soon after the petition filed by Dhanda came up for hearing, Attorney General KK Venugopal opposed the demands made by the petitioner saying: “I am appearing for the Union Of India.We are opposing the petition. There is no need of intervention at this stage. This is a case in which FIRs have been filed, the investigation is on.”

However, Venugopal’s submissions did not go down well with Dhanda who shot back saying if a person takes a loan for Rs 1 lakh from a bank and defaults, he “suffers for not paying” but “the government is not doing anything when another person has walked away with Rs 11000 crore-worth of bank’s money”.

The petitioner asked the bench: “What does the AG mean by saying he is opposing” and added: “They (the government) should be answerable, the rich are escaping with money… a small man is hounded… Let him at least argue on issues.”

As Dhanda continued with his demand, Chief Justice Misra shot back saying: “We are not here to hear speeches… you are just creating headlines, issuing notice is not your right”.

Observing that “by way of your petition, you are gaining publicity”, Justice Chandrachud told Dhanda: “It has become a fashion… you see something in the newspaper and then come and file a PIL.”

While Dhanda protested against the observations made by the Chief Justice and Justice Chandrachud, stating that he would withdraw his petition because the “Bench is insulting me”, Justice Khanwilkar intervened to say: “you can make legal arguments but do not make emotional arguments.”

Amid continuing outbursts by the petitioner, Chief Justice Misra asked: “the AG is opposing the petition on merits, shouldn’t we give him an opportunity to explain? Is investigation ordered in a day? These kinds of arguments – wholly emotional – you mean to say we must not hear the AG? (sic).”

Justice Chandrachud reiterated that Dhanda’s plea was “a publicity interest litigation” and said: “we must allow the government to investigate… if the government does not do, we can intervene. We cannot intervene like this… These are all PILs which play for the gallery.”

Dhanda shot back at the Bench claiming that he had been practicing law for the past 16 years and did not need publicity.

The Chief Justice then adjourned the hearing in the case till March 15.