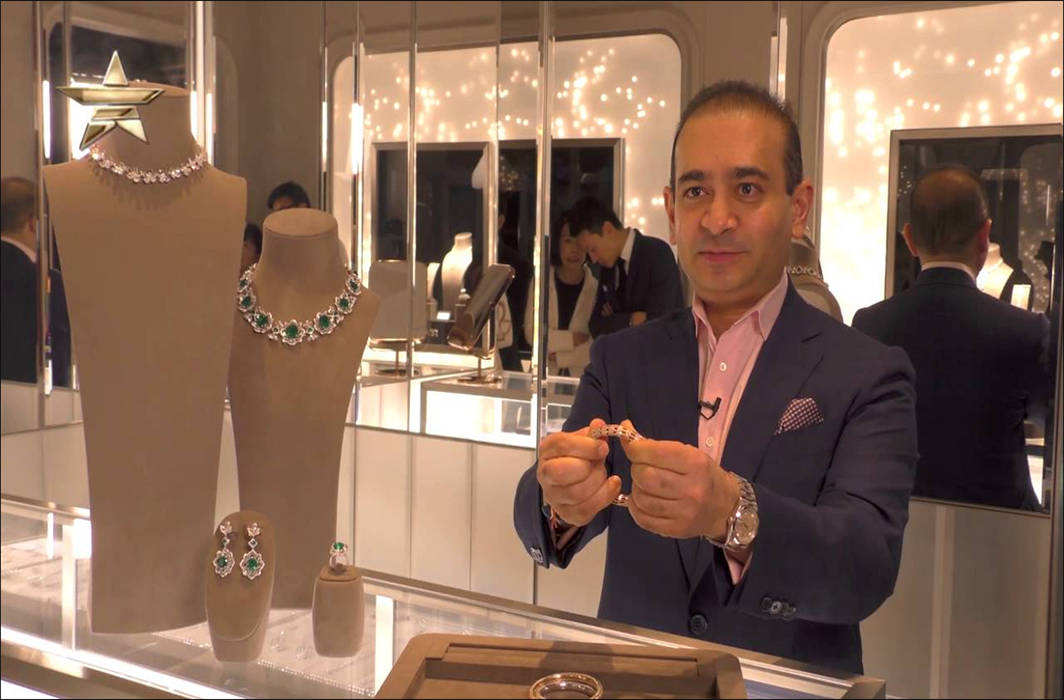 Sixty-eight artworks from the collection of Nirav Modi, the billionaire jeweler accused of Punjab National Bank (PNB) scam of worth Rs 13,500 crore, were auctioned at Saffronart’s Spring Live Auction on Tuesday (March 26).

The sale, conducted by the Mumbai-based auction house on behalf of the Tax Recovery Officer of India’s Income Tax Department, included a large collection of modern and contemporary Indian paintings, and a clutch of contemporary Chinese works.

The IT department seized over 170 artworks belonging to Nirav Modi in February. Among the artworks seized from the Modi collection a masterpiece by VS Gaitonde was sold for Rs 25.2 crores. The striking, deep red, untitled work by the eminent modernist artist, painted in 1973, became the fourth most expensive painting ever sold by the artist.

Another iconic Raja Ravi Varma artwork, which was also among the paintings seized, sold for Rs. 16.1 crore. The historically significant oil painting with its masterful realism became second highest price achieved at auction for an artwork by the artist.

The auction marks the first time in India that a professional auction house has been appointed by the Tax Recovery Officer of the Income Tax department to conduct an art auction on their behalf.

With this auction, several other agencies may also move to make monetary recoveries by auctioning seized material.

Among other artworks seized from Nirav Modi’s premises by the Income Tax department include works by FN Souza, Akbar Padamsee’s figurative work rendered in a grey palette, titled Grey Nude, Jagdish Swaminathan’s vivid red work from his Bird, Mountain, Tree series and Rameshwar Broota’s A Child, the Youth, now Man, 2003. All these paintings were also auctioned after the courts allowed the authorities to auction the artworks.

Saffronart CEO and Co-Founder Dinesh Vazirani said, “We are committed to working with the government and its agencies in the future, and offering any assistance as experts and thought leaders in the field of art and auctions.”

Nirav Modi, 48, and his uncle Mehul Choksi are the prime accused in the Punjab National Bank scam involving fake guarantees in the name of the state-run lender to secure loans overseas. Nirav Modi denies the charges and claims they are politically motivated. The opposition has been attacking the government, alleging that Nirav Modi was allowed to flee the country.

The accused is identified as Ravi Dhaka who lives in Ghaziabad’s Balram Nagar. Police said Ravi has squeezed the neck of his parents, Surendra Dhaka (70) and Santosh (63), which caused to death at their home on Sunday.
Read more