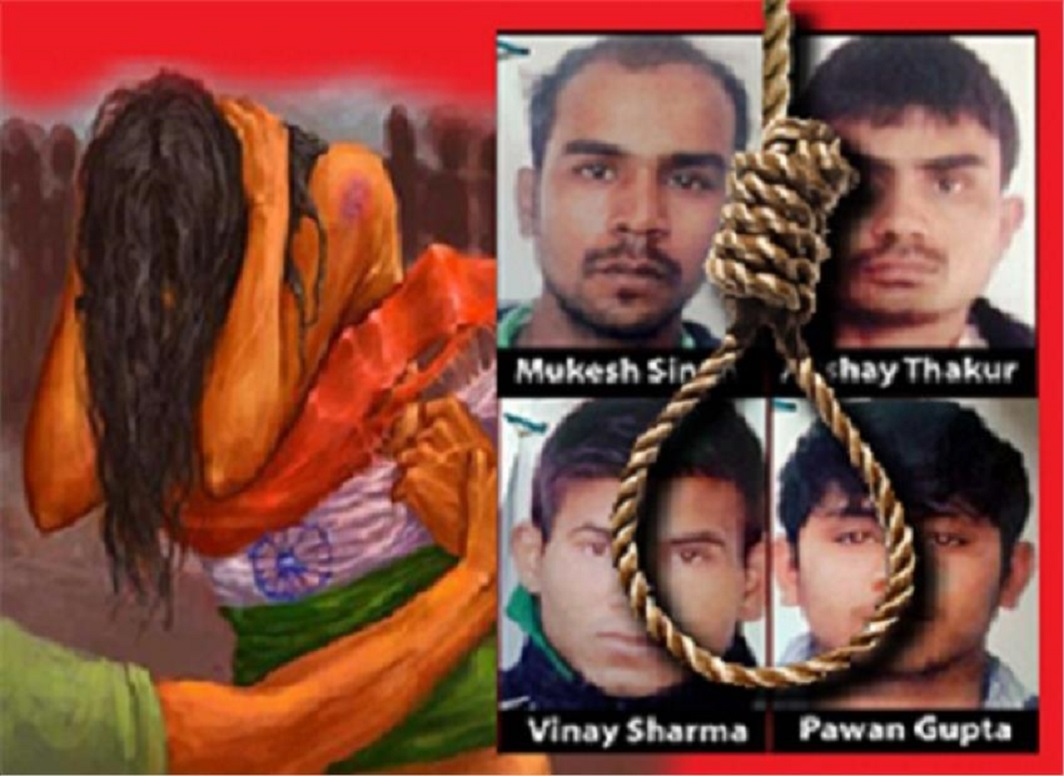 The Apex Court today has upheld the death sentence to the four convicts, rejecting their mercy plea in 2012 Delhi Nirbhaya gangrape case.

A trio bench, comprising Justice Dipak Misra, R Banumathi and Ashok Bhushan, which had reserved its order on March 27 after holding multiple hearings over 44 days,  delivered the verdict at 2 pm .The court said “It is evident that they to fulfilled their pleasure and have treated the victim in the devilish manner. Thus we are compelled to come to conclusion that the order of death penalty passed by the HC has been correctly held”.

Moreover, the court ensured that they have carefully analyzed many facets like –

Delay in lodging in FIR , DNA reports ,Cctv footage, Reliability of witness, Insertion of iron rod and sentencing policy before passing the judgment.

The case relates to rape and assault of a 23-year-old medical student by six men on a moving bus in South Delhi on the night of December 16, 2012. “Nirbhaya” was the name given to the rape victim to protect her identity. Grievously injured in the brutal assault, she died days later in a Singapore hospital on December 29, 2012.

A trial court in 2013 awarded the death sentence to four convicts – Akshay Thakur, Vinay Sharma, Pawan Gupta and Mukesh. The sentence was confirmed by the High Court. The convicts then approached the Supreme Court which stayed their execution in 2014 and the matter had been pending before the top court since then.

Of the six convicts, Ram Singh committed suicide in prison, while another, who was a minor at the time of the crime, will serve the sentence of three years in juvenile home.