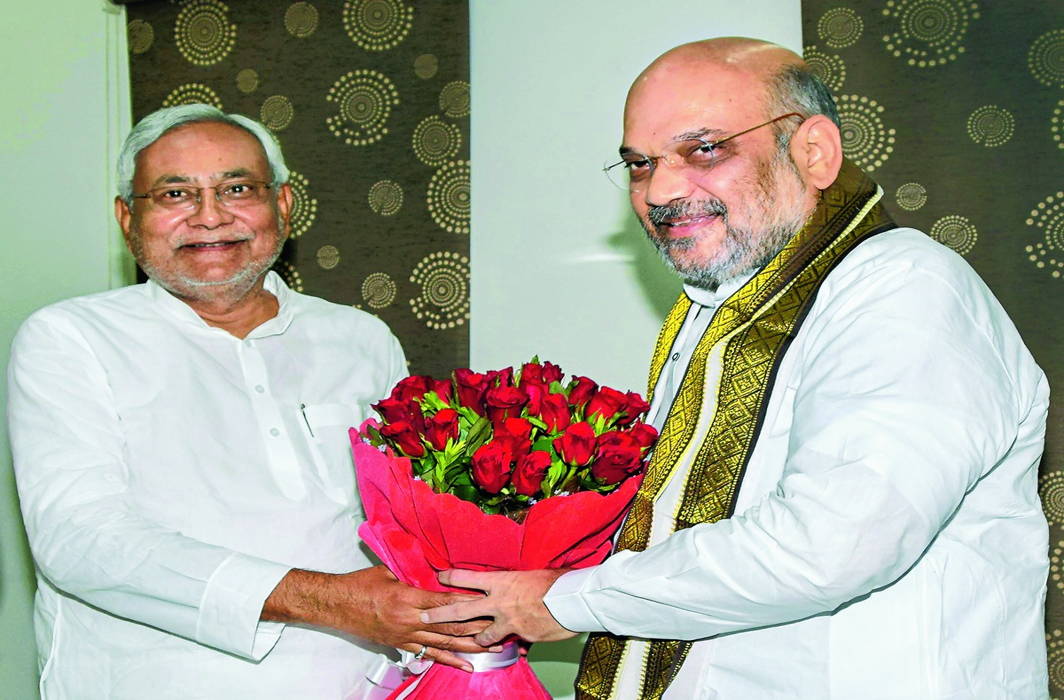 After months of haggling over number of seats they would contest in 2019 Lok Sabha election, Nitsh Kumar-led JD(U) and BJP are reported to have arrived at an understanding on seat sharing, according to a NDTV report cited by several other news portals as well.

According to reports, Nitish Kumar will fight on 16 seats while the BJP will fight on 17 seats. BJP’s decision to scale down number of seats it was demanding indicate BJP’s intention to keep its flock together in face of Opposition getting together against NDA.

The BJP had earlier floated 20-20 formula for the state wherein BJP will fight on 20 and the rest 20 seats will be divided among JDU, LJP and RLSP.

Under the new deal that has been worked out, the other NDA allies in the state, Ram Vilas Paswan will get five seats and Upendra Kushwaha will get two seats.

The contingency plan – in case Upendra Kushwaha, seen as a restive ally, decides to walk out – is that the two seats earmarked for him will be evenly divided between the BJP and the JD(U), sources told NDTV.

Every party in the NDA in the state has had to scale down on their existing number of seats to accommodate Nitish Kumar, whose party won only two seats in the 2014 Lok Sabha elections. The BJP which had won 22 has taken the biggest hit, giving up five of the seats it has. Ram Vilas Paswan and Upendra Kushwaha’s parties also have to lose one seat each from the number they currently have in Parliament.

A formal announcement is expected this week as the BJP is reported to be waiting for Upendra Kushwaha and Ram Vilas Paswan’s response to the arrangement.

Upendra Kushwaha hasn’t revealed his cards yet, there has been no official communication from his party. He was unhappy with the last seat sharing formula.

Over the last few months, the party has dropped enough hints of its discontent in the alliance. However, a shot in the arm came a few days back, when Kushwaha reaffirmed his loyalty to the NDA saying he was committed to making NDA even stronger.