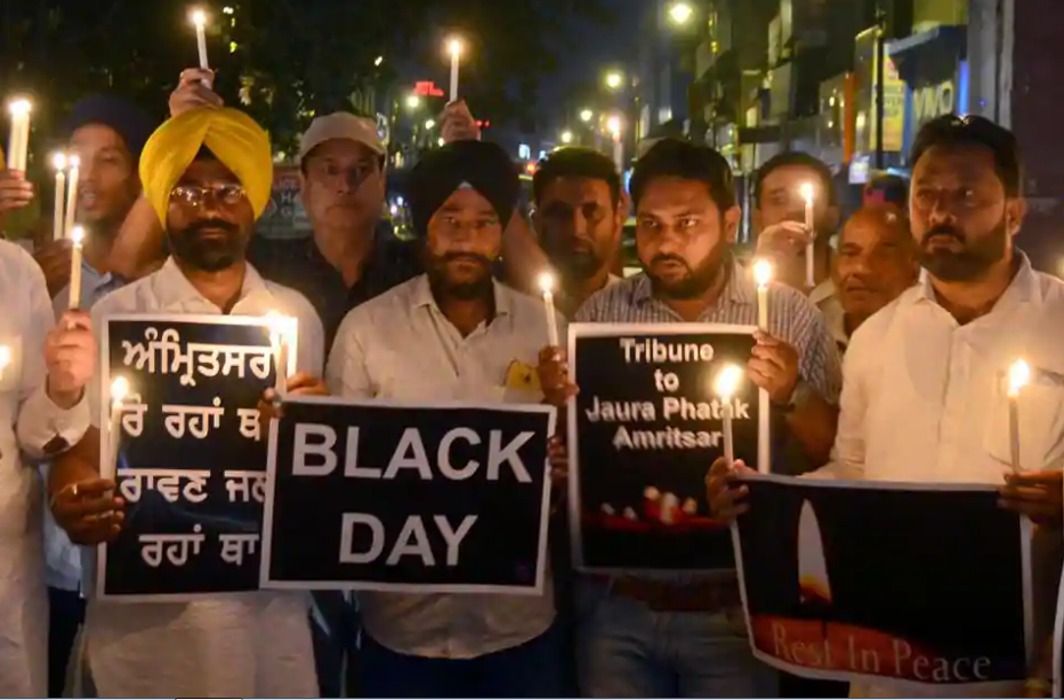 Amidst shock and sorrow among the families and relatives of 61 killed and over 140 injured in the train crushing Dussehra crowd in Amritsar on Friday, Minister of State for Railways Manoj Sinha Saturday ruled out any punitive action against train driver, saying there was no negligence on the part of Railways and also advised people not to organize such events near tracks.

The railways have maintained that it was not at fault because it had no intimation about the Dussehra event.

He said, “The incident was not a railways’ fault. There was no lapse on our part and no action against the driver will be initiated. People should refrain from organizing such events near tracks in the future. I think if precaution had been taken, the accident could have been averted.” Wherever such events are held, the district administration gives permission.

However, there are reports that the statutory inquiry by the Commission of Railway Safety that works under the administrative control of the Ministry of Civil Aviation, will be conducted. The minister said drivers are given specific instructions on where to slow down the train.

“There was a curve. The driver couldn’t have seen it. What should we order an inquiry about? Trains travel in speed only,” said Sinha when he was asked if an inquiry would be ordered against the driver.

Meanwhile, Dalbir Singh, who played the role of Ravana at the event, was among the killed in the accident. As he saw the train approaching towards the crowd he ran to raise an alarm but before he could reach he was crushed under the train.

According to a report from Amritsar, numbed with grief, Dalbir Singh’s mother, young wife and brother are at a loss for words. The family says that for over a decade Dalbir has been playing different roles in Ramleela. He left early for the event on Friday, said Singh’s mother, as he wanted to help his two friends playing role of Ram and Lakshman get ready.

At the same time some rogues in the crowd had made away with the valuables of the helpless survivors and victims of the horrific tragedy. According to relatives and survivors, while they got their kin’s bodies back, they did not find the ornaments, mobile phones or wallets belonging to them.