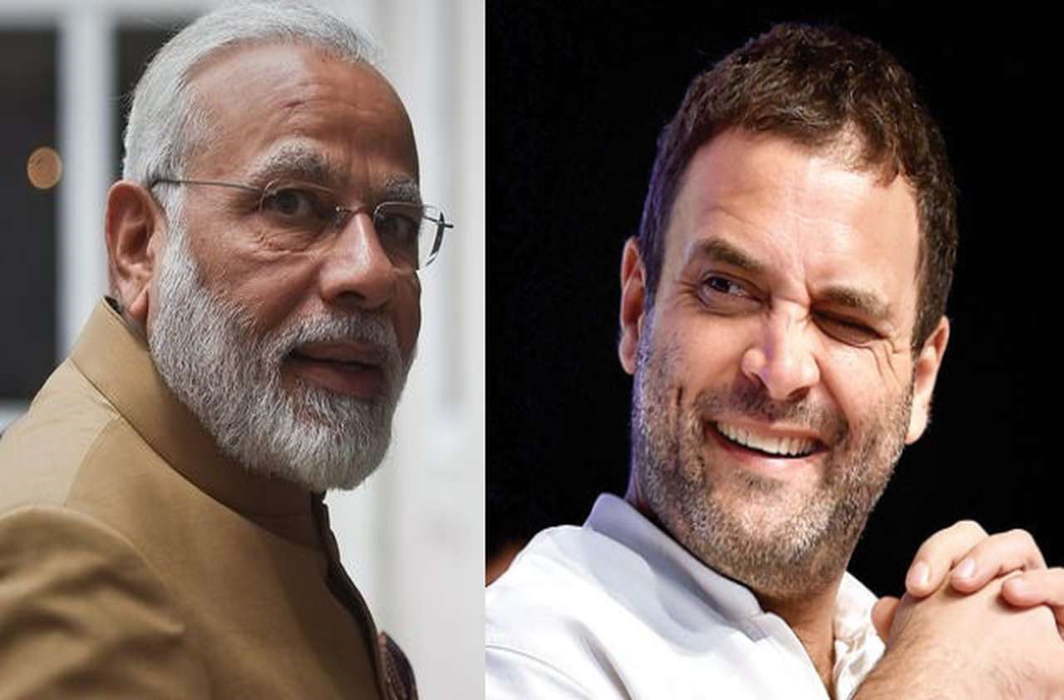 When Prime Minister Narendra Modi got up to reply to the debate on no confidence motion on Friday – at the tactically chosen prime time for TV, 9 pm – he made the most of it.

Taking more than an hour and a half to respond to charges made by the opposition, he used his oratorical skills to launch a no-hold-barred attack, choosing Congress president Rahul Gandhi and his mother Sonia Gandhi as the main target. There was no question that he scored in rhetoric, tearing them apart. While Rahul had spoken of love, Modi talked about the Congress president’s arrogance and greed for power and virtually rejected the gesture of the hug Rahul gave him.

The outcome of the vote itself was a foregone conclusion: 325 MPs stood with Modi government against the motion, those in favour were 126. However, Modi either failed to reply to any of the substantive points raised by Rahul Gandhi or his replies turned out to be diversionary.

Reacting, CPI(M) general secretary Sitaram Yechury said in a tweet: “‏Bizarre! For the first time in the history of no-confidence motions has the PM’s reply been so disconnected with reality. What he is saying has nothing to do with issues raised by the Opposition and his own allies.”

A fact checker Dhruv Rathee commented: “Hardly any direct questions were answered, 80% of the speech was mocking RG and making jokes.”

The bulk of PM Modi’s reply to the motion focused on attacking previous Congress regimes. He attacked the opposition for being “pessimistic” and “misleading the public” through false propaganda. He this was because the opposition “has no confidence in itself”.

To the opposition’s charge that minority groups are at the receiving end of Hindutva violence, he spoke of his government’s achievement in electrifying the last 18,000 villages (out of a total of more than five and half lakh villages electrified earlier) that are inhabited by Dalits and adivasis. He accused the Congress of deliberately ignoring these villages as it did not bring the party any substantial gain

Modi completely sidestepped Rahul Gandhi’s charge that the PM had been benefiting his “industralist friends” while ignoring the youth, farmers, Dalits and women.

In response to Rahul Gandhi’s criticism that the NDA took care of big businesses at the cost of farmers and small businessmen, Modi asserted his government’s pro-poor stance and listed schemes for them

“Today, around Rs 80,000 crore has been deposited in more than 32 crore Jan Dhan bank accounts. Eight crore toilets have been built. More than 4.5 crore women are leading smoke-free lives because of our Ujjwala scheme. At the same time, lakhs would benefit from Ayushman Bharat health insurance scheme. Rs 80,000 crore is being spent on irrigation projects. Why couldn’t the Congress introduce these?” he asked.

Most of these claims have already become contentious. Modi, however, cited the same numbers that his partymen have been touting for months.

Modi remained silent on the issue of increasing mob lynching incidents, nor did he address the concerns raised on the security of Dalits and minorities.

Rahul Gandhi, talking about the June 2017 Doklam standoff between Indian and China, said that while soldiers stood their ground, the Prime Minister could not. He (PM) buckled under pressure from China.

Modi evaded replying to the charge or informing the House what exactly happened. He only hit back, saying: “One of the leaders spoke about Doklam. The same leader, who believed the Chinese Ambassador over our forces. What have we come to? Everything does not merit a childish conduct.” China was reported to have built a military base in the area.

To the Congress party describing the surgical strike of 2016 as “jumla strike”, Narendra Modi said: “We have seen how the Army Chief was insulted by their (Congress) leaders. You have called surgical strike a jumla strike, the country will not forgive you. You can abuse Modi but not the forces. Stop insulting the jawans of India.” The allegation was about Modi government and BJP talking about the surgical strike as a first, when the army has said such it had taken such action earlier as well.

He also did not give a clear answer to the controversial Rafale combat planes deal.

While he focused on the economy, he dismissed social concerns as merely a part of the opposition’s “pessimistic” politics.

Rahul Gandhi had alleged that youngsters believed the Prime Minister when he said that 2 crore jobs will be created every year. “But only 4 lakh jobs were generated by the government.” “China gives jobs to 50,000 people a day, the BJP to 450,” he claimed. While figures cited by Rahul Gandhi were also doubtful, there have been reports about falling employment and the PM’s answer fudged facts.

The PM said, “Truth was being trampled over in the job debate and the opposition was misleading the country. The government has decided to publish monthly job data and detailed data from the EPFO to lend weight to the argument. Between September 2017 and May 2018, 45 lakh new subscribers joined the EPFO out of which 72% were less than 28 years of age. Taking the EPF and NPS subscribers together, more than 50 lakh jobs were created in nine months. This figure will reach 70 lakh for the full year.”

These, in fact were existing jobs entering government data, according to previous media reports. Modi also cited number of vehicles manufactured saying each vehicle gave jobs to some people. Fact is, the factories manufacturing vehicles were already there with their workforce and these jobs did not indicate generation of additional employment.

Throughout his speech, his primary concern was to outwit the Congress as he touched upon the issue of Andhra Pradesh’s demand of a special category status only for about five minutes in his lengthy reply.

The prime minister also chose the occasion to respond to an accusation that his government has been facing for some months now – that the BJP’s policies and cronyism has led to an unprecedented burden on Indian banks as debt-laden companies defaulted. He, however, blamed the whole crisis on the Congress. “The story of NPAs began in 2008. 2009 was an election year. It was in 2008 that the Congress started the loot of banks by allowing multiple loans to its favourites.”

PM Modi said: “I want to tell you about the NPA problem. Much before Internet Banking, Congress Party invented Phone Banking and this caused the NPA mess. A phone call would get loans for their cronies and the nation suffered.”

“I was shocked when we came to power. You will be amazed to know that banks had loaned only Rs 18 lakh crore for 60 years of independence but between 2008 and 2014, the loans increased to Rs 52 lakh crore. Telephone aaya loan de do. Desh NPA ki janjaal mein phans gayi. NPAs are like landmines which the Congress introduced,” he said.

Modi avoided talking of the growth in NPAs under his watch.

Notably, while most of the opposition leaders raised the negative impact of two most-publicised reforms, demonetisation and the introduction of the Goods and Services Tax,  that was introduced by Modi, the prime minister chose to only indirectly address these concerns, said an analysis by news portal TheWire. Both were touted as the two most significant reforms India has ever seen.

While the PM did not mention demonetisation at all, he spoke about multiple laws and measures his government had taken to stop the flow of black money. He also did not address the opposition’s charge that GST had been hastily and poorly implemented. Instead, he used GST to attack the Congress and said that the grand old party had stalled the GST for eight years. On the charge that he had himself opposed GST as the chief minister of Gujarat, he said that he had opposed it because the Congress had not taken concerns raised by states into consideration.