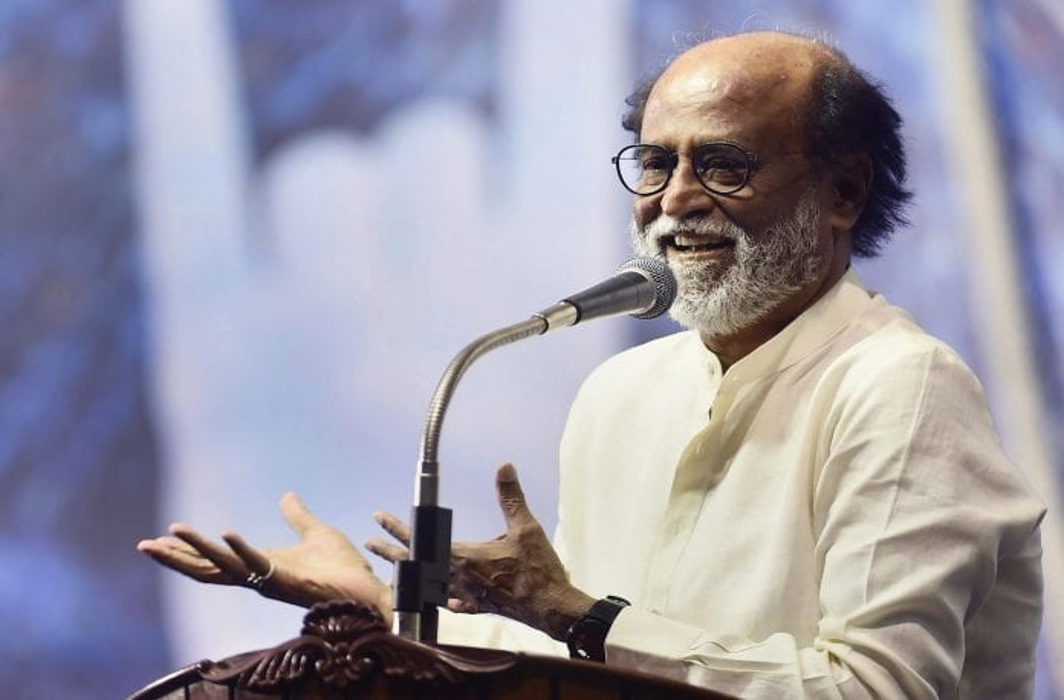 Tamil superstar Rajinikanth on Wednesday, September 18, said the concept of a common language in India was not possible and asserted any attempts of Hindi imposition will not only be resisted by southern states, but even many in the North.

Speaking to reporters outside Chennai airport, Rajinikanth said, “Hindi language should not be imposed. Not just Tamil Nadu, none of the southern states will accept Hindi imposition.”

He added, “Not just Hindi, no language should be imposed on the country.”

“A common language not just for India but any country is good for its unity and progress. Unfortunately, (one cannot) bring a common language in our country. So you cannot impose any language,” he told reporters at the airport here.

“Especially, if you impose Hindi, not just Tamil Nadu, no southern state will accept that. Many states in northern parts will also not accept that,” he said.

The actor’s remarks came in response to Union Home Minister Amit Shah’s recent pitch for Hindi as a common language.

Pitching for ‘one nation, one language’ on the occasion of Hindi Diwas, Shah said, “India is a country of different languages and every language has its own importance but it is necessary to have a common language that becomes the mark of identity of the country. Today, if a language can keep the country united, it is the widely-spoken Hindi language.”

Actor-turned-politician Kamal Haasan also hit back at Shah’s remark saying, “No Shah, Samrat or Sultan can renege on the promise of unity”.

In a video message, Haasan warned against making “inclusive India an exclusive one”, saying all would suffer because of the “folly”. He added that Jallikattu was just a protest and “the battle for our language will be exponentially bigger than that”. “India or Tamil Nadu does not deserve such a battle,” he said, adding: “We respect all languages but our mother language will always be Tamil.”

DMK has announced demonstrations across Tamil Nadu on September 20 against Home Minister Amit Shah’s pitch for Hindi as a common language.

In BJP-ruled Karnataka, where Congress veteran Siddaramaiah and the JD(S) have come out strongly against Shah’s statements, Chief Minister B S Yediyurappa asserted that Kannada is the principal language in the state and its importance would never be compromised.