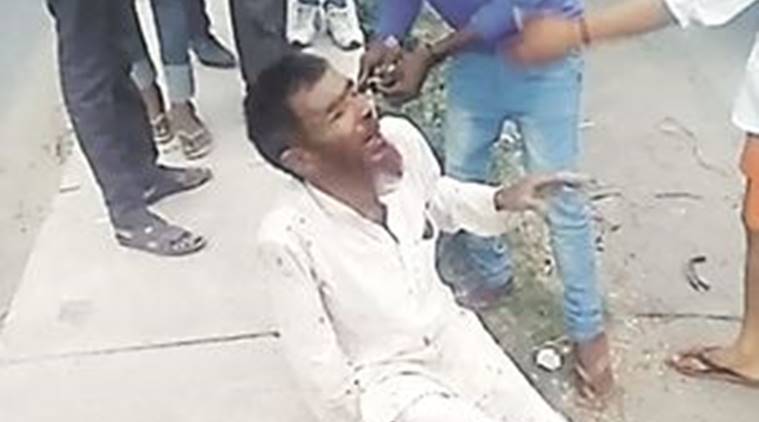 Pehlu Khan, a dairy farmer from Nuh in Haryana, was lynched on the suspicion of carrying cattle for slaughter near Alwar on April 1 this year

Ignoring the dying declaration of dairy farmer Pehlu Khan, who was lynched on the suspicion of carrying cattle for slaughter on April 1near Alwar, six men who had been booked on lynch-mob allegations have been cleared and the case closed by the police. This means that there is nobody at present who can be shown as a suspect in the gruesome murder.

On April 1 this year, Khan (55) and his two sons were transporting cows after purchasing them in a cattle fair in Jaipur, to their hometown Nuh in Haryana. They were waylaid on the Jaipur-Delhi national highway near Behror in Alwar district by a mob of cow vigilantes and beaten up on suspicion that they were carrying the cattle for slaughter. Pehlu Khan succumbed to his injuries after two days.

A report in The Hindustan Times says that investigations into the horrific and inhumane incident have been closed by the Rajasthan Police. The daily also claims that the police was under pressure by influential right-wing people to protect cow vigilante groups. Such vigilante groups, colloquially called ‘gau rakshaks’ have so far killed 29 people on mere suspicion of them either carrying cattle for slaughter or consuming beef.

There was enough evidence – including phone records – that three of the six in question were actually linked to Hindu right-wing organisations, the daily said.

The daily says: “The staff of the cow shelter, Rath Gaushala, has maintained that the six – Om Yadav (45), Hukum Chand Yadav (44), Sudhir Yadav (45), Jagmal Yadav (73), Naveen Sharma (48) and Rahul Saini (24) – were present on their premises, which was about four-km from the attack site. Rath Gaushala is patronised by Jagmal Yadav.”

The daily quotes a police report in this, which says: “The statements of witnesses in the case including policemen and the employees of the Rath Gaushala indicate that none of the accused was present at the time of the attack. Call record details of the six people along with Base Transceiver Station (BTS) location of mobiles further support this.

“Based on the findings of the investigating officer, it is hereby recommended that the names of the six accused be removed from the case as they have been found not guilty,” the report said, according to the daily.

Civil rights groups have expressed outrage over the closure of investigation in the murder of Pehlu Khan.

In Jaipur, People’s Union for Civil Liberties (PUCL), which spearheaded a campaign for getting justice to the victims in the case, said the police were protecting the accused. “The CB-CID, which was investigating the lynching is under direct control of the Home Minister. Its blatant bias is very obvious,” PUCL president Kavita Srivastava said.

PUCL is likely to move court against the closure of investigation in the case. “The court will not allow closure without issuing notice to the complainants. We will expose the illegality of police action in the court,” Srivastava said.

The rights groups are also worried about safety of the participants in the “Karwan-e-Mohabbat” – a nationwide march being organised by NGO Aman Biradari and being led by activist and former bureaucrat Harsh Mander – which will be passing through Behror on Friday en route to Jaipur. Some right-wing groups have threatened that they would not allow the activists to enter the town and stop the march on the highway.