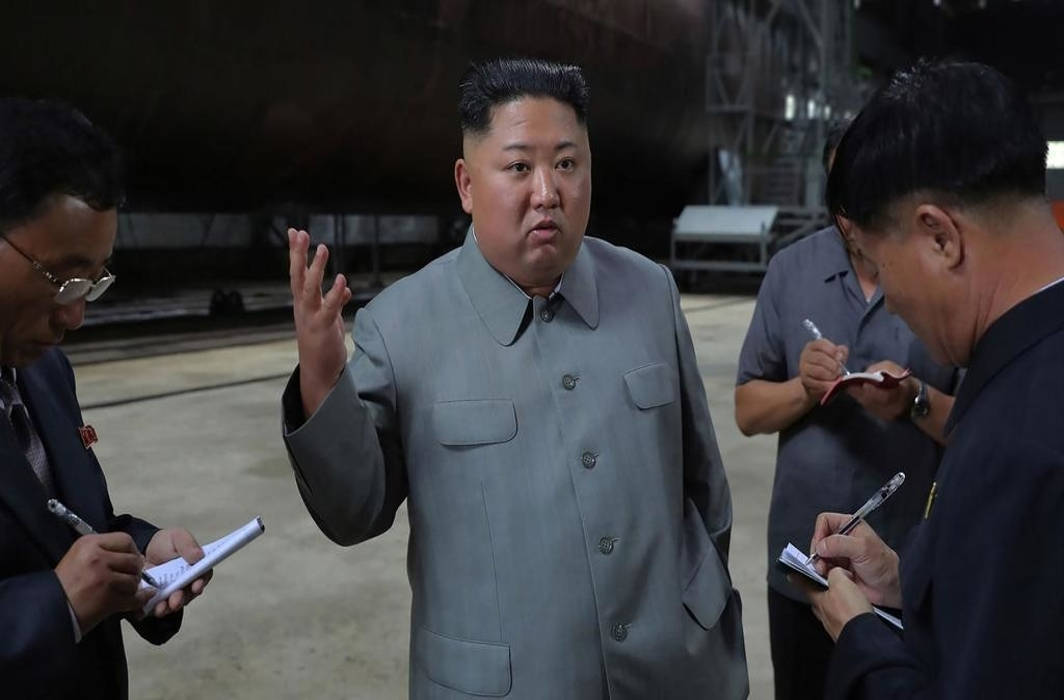 North Korea launched two short-range missiles into the sea on Thursday toward the East Sea, also known as the Sea of Japan, according to South Korea’s Joint Chiefs of Staff.

The North fired one missile at 5.34am and a second at 5.57am, from Wonsan areas into the East Sea, and they flew about 430km (267 miles), Seoul’s Joint Chiefs of Staff said in a statement.

“Our military is closely monitoring the situation in case of additional launches and maintaining a readiness posture,” he added.

“We urge the North to stop actions that do not help ease military tensions,” said Choi Hyun-soo, a defence ministry spokeswoman for South Korea.

However, Japan’s Defence Minister Takeshi Iwaya told reporters, “We have confirmed so far that they did not reach our country’s territory or exclusive economic zone”.

In Washington a US official said: “I can confirm that it was … short-range.”

An official reporting from Seoul, said the launch is seen as a sign of North Korea’s frustration at stalled nature of negotiations, primarily with the US.

“It’s also North Korea’s way of showing its displeasure against holding of military exercises next month between South Korea and the US forces. These exercises have been scaled down but they still do take place, and North Korea is not happy about that,” he added.

Pyongyang last fired short-range missiles on 9 May, a move US president Donald Trump called “very standard stuff” that, he said, had not affected his relationship with the North’s leader Kim Jong-un.

Kim and Trump agreed to a resumption of dialogue at an impromptu meeting on 30 June they held in the demilitarized zone that divides the two Koreas.

Following that meeting, US secretary of state Mike Pompeo said working-level talks would probably start in mid-July. But last week, North Korea issued a warning over the military drills, which have been held for years and were scaled down to ease tensions with the nuclear-armed state.

The North condemned the exercises as “blatant pressure” and a “violation of the spirit” of the joint statement Trump and Kim signed at their first summit in Singapore last year.

At their first summit in Singapore in June 2018 the two adopted a vaguely worded statement on “complete denuclearisation of the Korean peninsula” and agreed to “establish new US-DPRK relations”.

But the leaders’ second summit in Hanoi collapsed due to the failure to reach an agreement over relief from US sanctions, and what the North was willing to give in return.

Tensions rose in May, during the standstill in negotiations between Trump and Kim, when North Korea fired short-range missiles for the first time since November 2017.

However, Trump in an interview said, “I don’t consider that a breach of trust at all. And, you know, at some point I may. But at this point no”.

Asked on Tuesday whether any meetings were scheduled with the North, Trump said: “No, we just have a very good relationship. And probably they would like to meet and we’ll see what happens.”