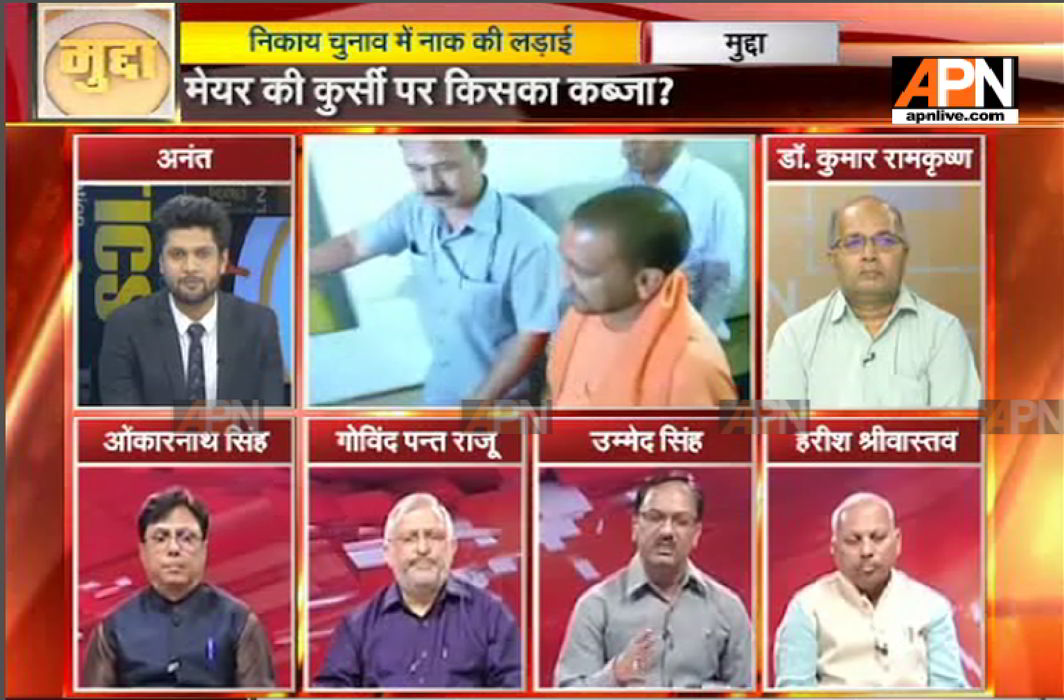 Results to impact BJP image in 2019 Lok Sabha polls, also important for building up party, feel Mudda speakers; wonder if it will be mandate on AMRUT scheme

Preparations are in full swing for the civic elections forthcoming in Uttar Pradesh. These will be held in three phases—on November 22, 26 and 29. The results will be announced on December 1. This time, women have been accorded pride of place, having been fielded in six out of 16 seats. This is good news for there has been no woman deputy mayor in the state till date.

Umed Singh said the BSP is fully prepared. He said: “This election is at a very basic level of society in which the main issues are drainage, sewage, parks and roads. Before going out and praising BJP, we should see how much work they have done to improve the living conditions of the colonies in Lucknow. They have only made big promises before elections but their performance at the ground level is nil.”

Srivastava, however, is confident of a BJP win. He said for the BJP, every election is a challenge, and they will face it fully prepared.

Onkar Nath Singh highlighted the issues that should be given importance in the civic elections—namely, clean roads and alleys, drainage system, sewage system, primary education.

Ramkrishna said: “Till date, panchayats and Nagar Nigams have remained powerless. The BJP government launched the AMRUT scheme in 2015. We should analyse that and see how much work has actually been done on the ground level. Has it improved the conditions in colonies in Uttar Pradesh? I would also like to mention that we should learn from southern states like Kerala where the Nagar Nigams work towards the society’s development. Local issues are different; hence civic elections do not depend on the party face.”

Raju said for BJP these elections have always been important. He added: “In Uttar Pradesh, the BJP has the trust of locals. They take these elections seriously for they know that to establish the party’s credibility among the locals one should actually work in these elections. In fact, many of their big leaders actually emerged from these local elections.”

The second half of Mudda discussed whether the anti-incumbency factor will play a role in the elections.

Raju believed that it will. He explained: “in the past, we have seen that opposition parties did not take civic elections seriously. But this time, the Congress is preparing hard. It is true that civic elections do not have any effect on the national image of the party but through these elections the party becomes strong internally. The stakes are high this time. They have realised that the results will have an impact on the party’s image in the upcoming Lok Sabha elections.”

Ramkrishna said if all parties are competing for the same seat, it is guaranteed that the BJP will be ahead of the rest. Raju concluded by stating that corruption should be the main issue in the upcoming elections.