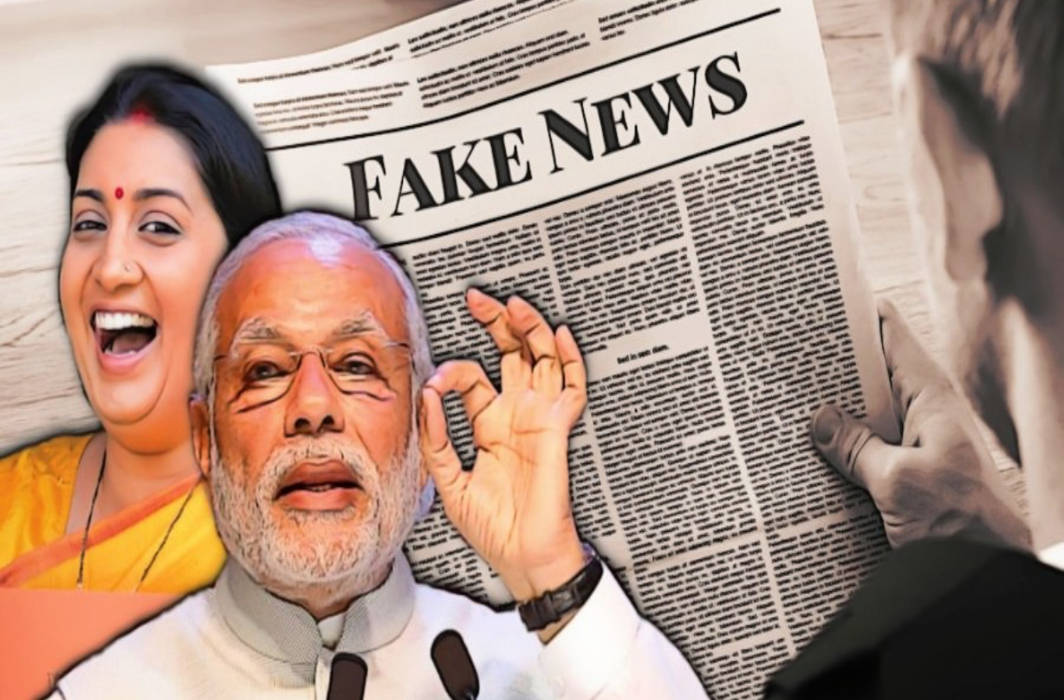 A BBC study on how disinformation and fake news found an overlap of fake news sources on Twitter and support networks of Prime Minister Narendra Modi.

Facts were less important to some than the emotional desire to bolster national identity, the research found.

“A rising tide of nationalism in India is driving ordinary citizens to spread fake news,” the study said.

This explains the puzzling sense of pride one finds in people propagating disinformation in posts on WhasApp and social media pushing Hindutva as nationalism, denigrating minorities and Scheduled Castes.

The research, commissioned by the BBC World Service and published today (Monday, November 12), forms part of “Beyond Fake News” – a series across TV, radio and digital that aims to investigate how disinformation and fake news are affecting people around the world.

Moreover, this disinformation and fake news dominance is owing to the fact that right-wing networks are much more organised than on the left, pushing nationalistic fake stories further, the BBC social media analysis suggests.

Significantly, the research found an overlap of fake news sources on Twitter and support networks of Prime Minister Narendra Modi.

BBC said the findings come from extensive research in India, Kenya, and Nigeria into the way ordinary citizens engage with and spread fake news.

Participants gave the BBC extensive access to their phones over a seven-day period, allowing the researchers to examine the kinds of material they shared, whom they shared it with and how often.

“In all three countries, distrust of mainstream news outlets pushed people to spread information from alternative sources, without attempting to verify it, in the belief that they were helping to spread the real story,” the BBC study found.

At the same time, it found, people were also overly confident in their ability to spot fake news.

The sheer flood of digital information being spread in 2018 is worsening the problem. Participants in the BBC research made little attempt to query the original source of fake news messages, looking instead to alternative signs that the information was reliable.

These included the number of comments on a Facebook post, the kinds of images on the posts, or the sender, with people assuming WhatsApp messages from family and friends could be trusted and sent on without checking.

Widespread sharing of false rumours on WhatsApp has led to a wave of violence in India, with people forwarding on fake messages about child abductors to friends and family out of a sense of duty to protect loved ones and communities, the study noted.

According to a separate BBC analysis, at least 32 people have been killed in the past year in incidents involving rumours spread on social media or messaging apps.

Researchers also conducted extensive analysis of how fake news spreads on Twitter and Facebook in India, to understand whether the spread of fake news was politically polarised.

The results showed a strong and coherent promotion of right-wing messages, while left-wing fake news networks were loosely organised, if at all, and less effective.

“This is the first known research project in these countries that uses these methods to understand the fake news phenomenon at the level of ordinary citizens,” the BBC said.