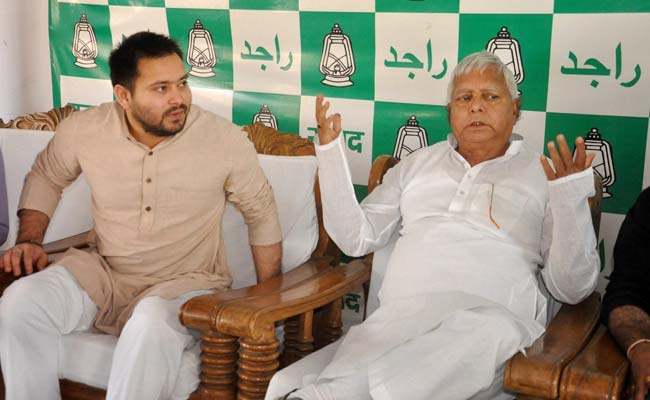 Clear signs of troubles escalating for the embattled Lalu Yadav and his family were visible hours after Nitish returned to the BJP-NDA fold and was sworn-in as chief minister. The Enforcement Directorate, on Thursday, registered a money-laundering case against Lalu and his family members in a railway hotel allotment corruption case dating back to the days of UPA-I, when the RJD supremo was Union railway minister.

The ED’s move comes weeks after the Central Bureau of Investigation (CBI) registered an FIR, on July 7, against Lalu, his wife Rabri Devi, Tejashwi and five others, which include a former IRCTC managing director, in a case of alleged corruption linked to a grant of tenders for the maintenance of BNR hotels to Sujata Hotels.

According to an Indian Express report: ‘The Indian Railways had more than a year back red flagged Patna-based company Sujata Hotels for charging higher tariffs in hotels leased to it by a rail Public Sector Undertaking (PSU) before the CBI’s FIR against Lalu Prasad Yadav and family for the alleged irregularity. As per the records made available, the two hotels in question – BNR Puri and BNR Ranchi – were leased out in 2006-07 to Sujata Hotels by the IRCTC as ‘budget hotels’ on the premise that they were located close to railway stations and would cater mainly to train passengers’.

In the CBI’s FIR, the investigative agency has alleged that Lalu and family received a plot of land in Patna in return for awarding tenders to the company run by two businessmen Vijay Kochhar and Vinay Kochhar. The charges have been repeatedly denied by Lalu and Tejashwi.