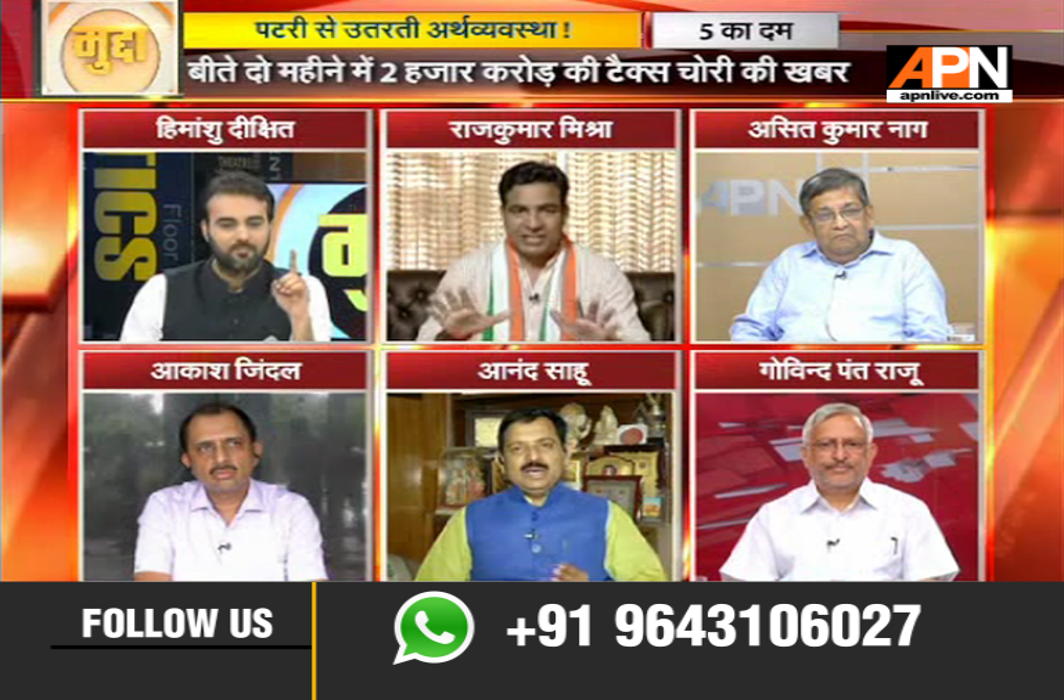 Mudda discusses 50 per cent jump in money parked in tax haven, speakers remind audience that not all of it is illegal even though the rise was recorded post demonetisation

It is believed that the Modi government’s well-hyped crackdown on black money consists of all talk and no action. According to the official annual data of Swiss National Bank, money kept by Indians in these banks increased by over 50 percent in 2017. There was a decrease in the money parked by Indians in Swiss banks over three years of Modi government rule. But in 2017, post demonetisation, a dramatic increase in the figures was recorded.

Economist Akash Jindal said now when the Swiss authorities are more cooperative than ever, it would be easier for India to dig out information about the account holders in these banks. “It is very unfortunate that we Indians, who have to undergo KYC verification for every bank transaction that we make, have no details regarding such a huge chunk of our money being deposited in foreign banks,” said Jindal. He repeatedly asked how this money landed in Swiss banks at a time when banking channels are being monitored in India. “The government should take action,” Jindal said.

However, the BJP spokesperson could not come to terms with the fact that black money is on a rise during the tenure of the Modi government. Anand Sahu termed the money in Swiss banks as investment. He said that as India has opened its door to Foreign Direct Investment, foreign countries, too, have done the same as a result of which money in Swiss banks is increasing. “The world is appreciating India’s policies. It is a digital world. It is not so that the entire money in Swiss banks is black money,” said Sahu. He went on to say that the country is receiving an equal amount in the form of investments.

He also tried to mislead the audience by saying that it was because of the BJP government’s crackdown on black money that Swiss banks have started releasing data. However, he stood corrected when the anchor told him that data is being released every year since 2004.

Govind Pant Raju said that many of the top government officials, including the Reserve Bank of India Governor, have time and again separated themselves from the government, which shows a lack of credibility. He said that the government policies will not yield any fruitful results in reality if there is no credible workforce to keep the machinery going.