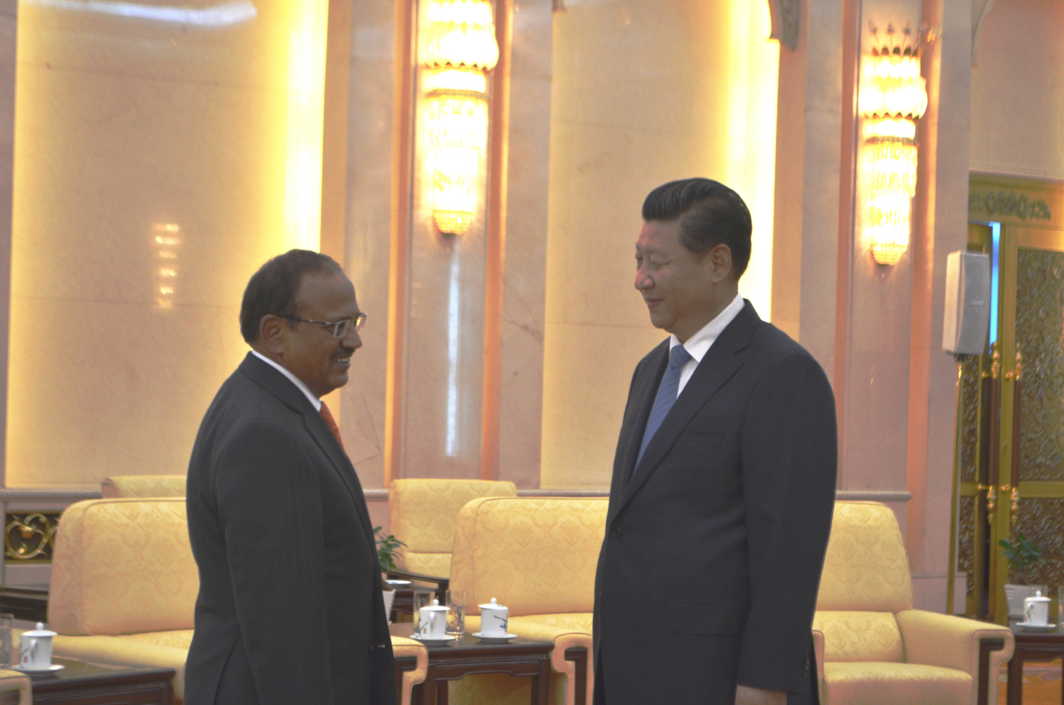 Not much details were available of the meeting. News agency IANS said Jinping hailed the efforts of member countries in enhancing security cooperation and said the bloc was faced with a complex political and economic situation.

Meeting the top security officials of the five-member bloc on the sidelines of the 7th BRICS Meeting of High Representatives for Security Issues, Xi said people-to-people exchanges and cooperation in the field of economy and security was the need of the hour.

There has been much speculation about Doval’s visit to the Beijing summit about a possible exchange or dialogue about the tensions between India and China over the standoff between their armies in Doklam on the Sikkim section of the border.

“I think it is beneficial and necessary for us (BRICS) to hold this conference here. The cooperation among us has been maintained for over 10 years, which connected different parts of the world while reserving different political systems and institutions,” Xi said.

“I have been considering that the starting point of our cooperation is in the field of economics and finance. And facing the intricate situation of international economic, security and politics, accompanied with our demands for further cooperation on economics, finance, humanity, culture and security, we would be connected more closely, and we would make more progress in the future. In order to promote the strategic mutual trust between the BRICS countries, security cooperation, all of you have made a lot of effort,” Xi said. He said he would like to hear the views of BRICS countries’ top security officials.

With the meeting with Xi, Doval’s two-day visit to Beijing came to end.

The bilateral talks between Doval and China’s State Councillor Yang is an important takeaway for India in view of Beijing’s tough public posturing on the stand-off in Doklam. India and Bhutan say Doklam is Bhutan’s while China claims it is its territory. China, which has set withdrawal of troops by India as the precondition for any meaningful dialogue on the issue, was ambiguous about the bilateral between Doval and Yang.

Speaking at the opening ceremony of the NSA meet on Friday, Doval urged the five-member bloc to step up the fight against terrorism. He said the BRICS countries must “show leadership in countering terrorism”.

Doval also said that the outcome at the security meet would have an impact on the main BRICS security meet at Xiamen in September.

On Thursday, External Affairs Ministry spokesperson Gopal Baglay had clarified India’s stand that the two neighbours should resolve all issues in a way “that they do not become disputes”.

Taking cues from PM Modi-Xi talks in Astana on June 9, Baglay said, “We have also mentioned our approach to the settlement of border… our approach is to resolve in a peaceful manner through discussions. There are established mechanisms to address the border issue.”