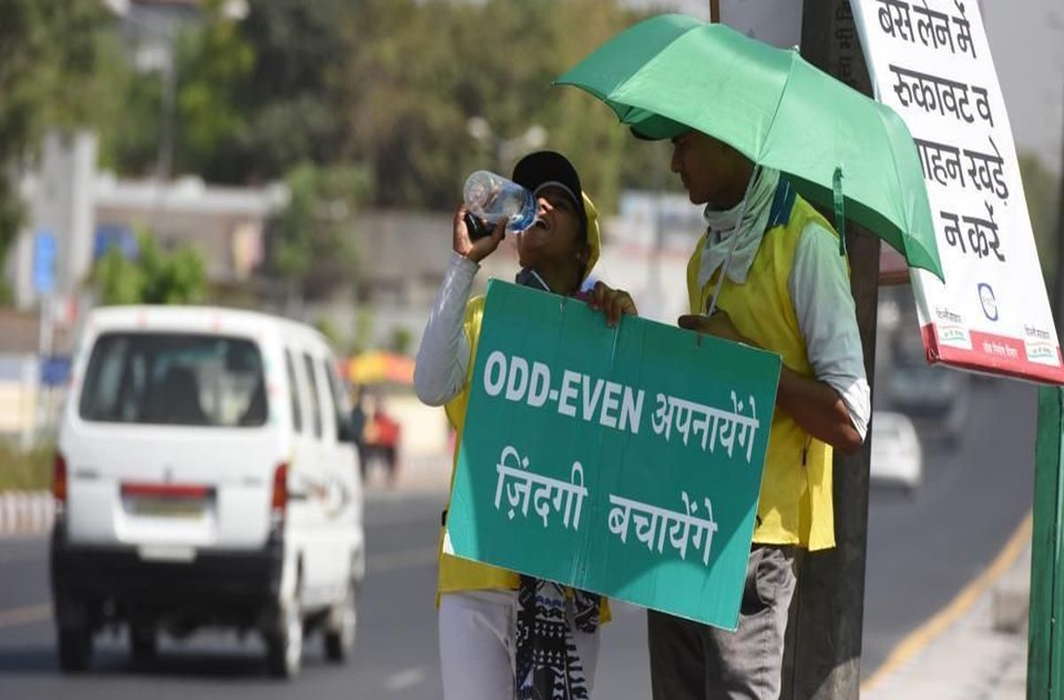 Air pollution is a serious problem in Delhi and vehicular traffic is generally thought to be the main culprit. But a new study done in the national capital has found that traffic density alone doesn’t have much impact on the amount or intensity of air pollution in the city. There are other environmental factors which play a vital role.

The study, conducted during implementation of traffic rationing policy – popularly known as `Odd-Even Scheme’ – implemented from January 1 to 15, 2016, found that there was hardly any impact on the characteristics and concentration of major air pollutants – particulate matter 2.5 (PM 2.5) and black carbon.

“The daily variation in meteorological parameters makes it very difficult to delineate the effect of traffic density on PM concentration. Although there may be a reduction in the level of few pollutants, the decrease in the number of vehicles was not sufficient to make a visible change in PM characteristics over Delhi,” the study has concluded.

The positive impact was seen in terms of reduction in concentration of some harmful chemical elements like arsenic, copper, lead, phosphorus, magnesium, calcium, silica, sodium, chlorine, potassium, chromium and iron. These elements when inhaled for very long periods are known to cause many diseases in both humans and animals. Lead, for instance, is a known neurotoxin and is believed to cause adverse effects on pregnant women and children.

“An important aspect of the study is that it has highlighted the significance of surface winds in controlling air quality. The fact that winds do not blow much in Delhi means that we might need to rethink our urban construction planning. More extensive studies are needed in this direction to understand the dynamics and patterns of air pollution in local as well as broader context,” Prof AP Dimri, a member of the research team, explained while speaking to Indian Science Wire.

Delhi particularly suffers from high levels of particulate matter (especially PM 2.5) and black carbon. PM 2.5 refers to atmospheric particulate matter, which have a diameter of less than 2.5 micrometers – about 3% the diameter of a human hair. Such extremely small sized particulate matter tends to stay longer in the air than heavier particles, thereby increasing the chances of humans and animals inhaling them. The PM 2.5 directly enters living tissues through lungs, causing several respiratory and cardiovascular diseases. Black carbon is the sooty black material emitted from diesel engines of vehicles and holds a large portion of particulate matter in itself.