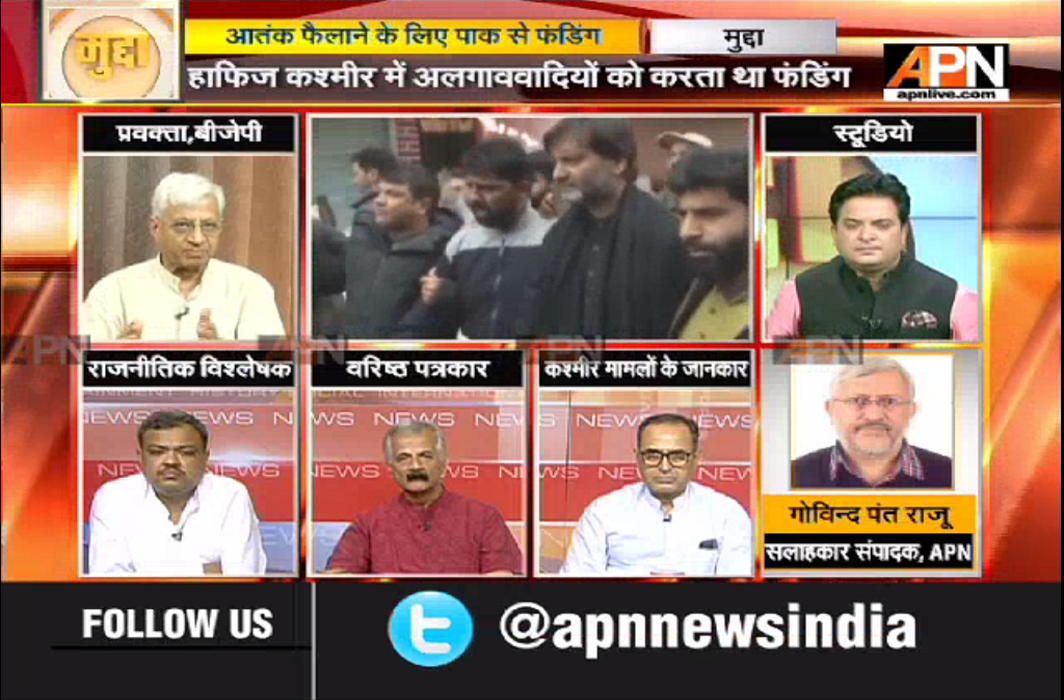 Ahmed said: “These people live in PoK. They have betrayed the national interest.”

Raina said: “I am not surprised by the NIA report. Pakistan keeps a budget for Kashmir terrorists. The official class has knowledge of all of this. The current government has taken some good steps, like choking of funds, and checking of weapons of terrorists. Now terrorism is fund-starved. It has been working like an industry. Small boys are given money to pelt stones. The average man sees scrapping of At 370; it was a symbol of separateness. For the first time, I get the feeling that something is being done.”

Khera said: “This game had been going on for a long time.”

Raju said: “This is a part of a long investigation.”

Ahmed said: “When it’s the Kashmir issue, BJP and allied parties take up the case of Kashmiri Pandits. It was bad enough for the Kashmiri Pandits, but it was not that Pandits were displaced and Muslims got lands and property. The point is we are Indian, and we can’t side with the wrong. This is where politics takes over nationalism.”

Raina said: “There is a fundamental difference between rights and terrorism. When Kashmiri Pandits were displaced, the thinking of the separatists was ‘kill one, scare 1000’. Kashmiri Pandits did not run away on their own. This is a narrative dictated by terrorism. Mainstream politics became accommodative politics and accommodated separatist shades. Kashmir narrative became an atrocity narrative. Suddenly, Kashmiri Pandits became migrants, because it did not suit the political dispensation of the time.”

Pant said: “Separatism feeds militancy. Whether Gujarat or Kashmir, we should condemn both instances of violence.”

Raina said: “In Kashmir, it wasn’t the majority vs minority issue.”

Raju said: “Militants are enemies of humanity. See the background of Yasin Malik, how he made a militant. The aim was clear. Geelani is a religious leader, but has been working on Pak agenda. They don’t have any interest to save Kashmir. Their business is bloodshed.”