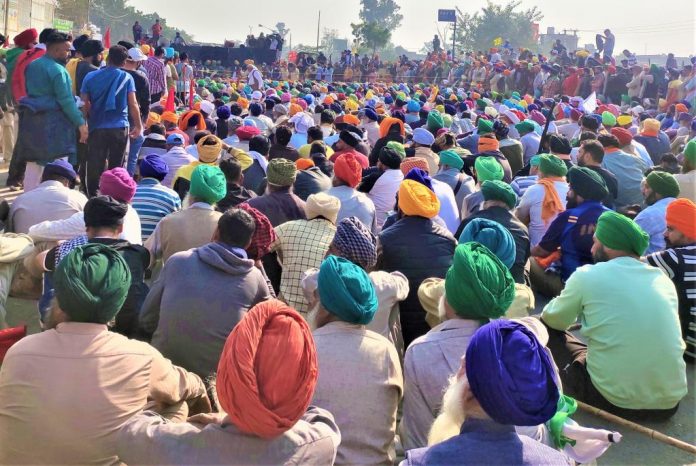 To observe the one year anniversary of protest against the three farm laws, farmers gathered at the protest site- Singhu border in large numbers to mark the significant day.

Farmers pay tribute to those who lost their lives during protest

A group of farmers in Amritsar paid tribute to those who lost their lives during the protest against the three farm laws that were passed last year and were recently repealed by the Centre after a year-long struggle by the farmers.

Delhi CM Arvind Kejriwal hailed the efforts of farmers on one year of farmers’ protest. He said that farmers taught everyone that how to fight for the right with patience. Kejriwal further said that he salutes the courage, spirit and sacrifice of the farmer brothers.

As the farmers completed one year of farmers protest today, Punjab Chief Minister Charanjit Singh Channi hailed their spirit for protesting against the three farm laws. In a tweet, CM Channi wrote that their non-violent struggle is a unique saga of valour, patience and determination not only for repealing the draconian laws but also to uphold the ethos of democracy and human rights.

(1) Charanjit S Channi on Twitter: “I salute the indomitable spirit of our food growers who are sitting in Delhi from this day, last year protesting against the black farm laws enacted by Modi government. (1/2)” / Twitter

Thousand of farmers head towards Delhi to mark significant day

The farmers’ protest that started to oppose the three farm laws has completed one year today on November 26. On this significant day for farmers, security has been beefed up at various border points of Delhi borders. Thousand of farmers are heading towards Delhi to mark this day. Pictures and videos of the same are doing rounds on the internet.