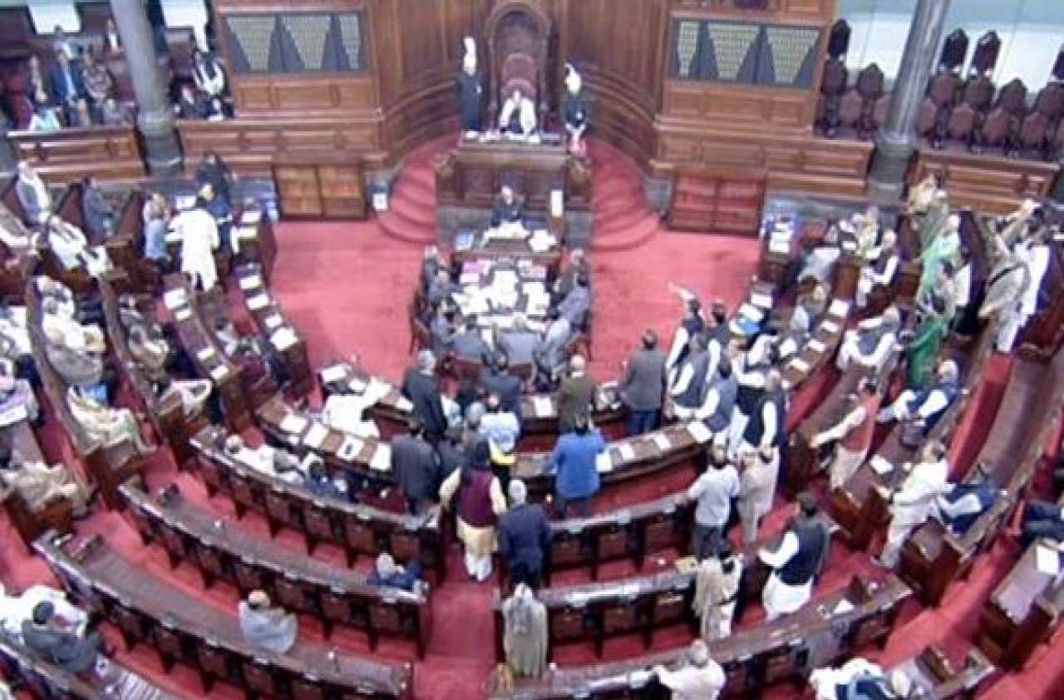 Opposition parties on Tuesday boycotted Rajya Sabha alleging that the Chairman M Venkaiah Naidu wasn’t allowing them to raise matters of concern and their voice was being “muzzled”.

The parties which boycotted the proceedings after lunch included the Congress, TMC, NCP, DMK, Samajwadi Party, CPI-M, CPI and the AAP. Their MPs stayed away from the House when the proceedings resumed at 3 PM after two adjournments during the day.

“The voice of the opposition is being muzzled outside and we do not want this to happen with the opposition parties inside the House. Which is why we wanted to raise this issue since morning and which is why we have boycotted the House for the whole day,” Leader of Opposition in Rajya Sabha Ghulam Nabi Azad told reporters.

He alleged that various issues happening in the period between proceedings of two days are meant to be raised during Zero Hour, but the moment MPs get up to raise these issues the House is adjourned till 2 PM.

“The framers of rules have provided that should anything of national importance happens between the previous day and this morning, we are supposed to raise that particular issue. We are not intruding into Question Hour or government business. What we want is provided in the rules. Unfortunately, for the last one week, we are not allowed to make use of rules,” he said.

He said while the chairpersons have traditionally been “accommodating” for smooth conduction of business, now they do not allow the Opposition MPs to raise these issues in the Zero Hour. “They (the chairpersons) get up and adjourn the house. Our voice is being muzzled,” he added.

The Rajya Sabha was adjourned during the Zero Hour – 11 am to noon – when BJP ally Telugu Desam Party (TDP) MP CM Ramesh requested a suspension of business under a particular rule. He also proposed a discussion on the promises made to Andhra Pradesh government during the bifurcation of Telangana and the special development packages promised to the state.

Vociferous protests followed, with opposition leaders uniting to protest against what they called an “abrupt” adjournment and one that was against rules and traditions.

Vice-Chairman PJ Kurien tried to calm the lawmakers, saying that allowing notices is the prerogative of the Chairman of Rajya Sabha. The lawmakers, he said, could meet Chairman Naidu in his chamber with their issues but no discussion will be allowed on the floor of the House.

Then, Rajya Sabha was adjourned till 2 PM after TMC members sought to raise issues concerning the state. TMC’s Derek O’Brien was seen in the House waving a paper, saying, “Governor of the State can’t interfere…”

The Chairman also disallowed a notice from the Congress.

With the House getting adjourned till 2 pm within minutes of meeting for the day, agitated opposition members in Rajya Sabha went into a huddle with the leader of Opposition Ghulam Nabi Azad.

“We find this un-democratic and we’ll also give this in writing to the RS chairman. Representatives who come from various places of the country are not being allowed to speak in the house,” said Congress MP Anand Sharma.

“What happened this morning in the House is unprecedented and hasn’t happened since 1950,” said Trinamool lawmaker Derek O’Brien, alleging a violation of “parampara” or tradition of the House.

Senior Samajwadi Party lawmaker Naresh Agarwal accused the Rajya Sabha Chairman of being “partial” and alleged that the House was being run by the BJP. “The manner in which the Rajya Sabha is being run, the Opposition’s voice is being completely muzzled, they are silencing the people’s voice. What’s the use then of having a Parliament,” he asked.

Later, the MPs clarified that they did not mean to cast aspersions about Naidu, but “this is not the way Rajya Sabha is run”.

On Monday too, the House was adjourned till 2 PM after Samajwadi Party members raised slogans in the well over the alleged encounter killings by the police in Uttar Pradesh.

Members of the Aam Aadmi Party (AAP) too were in the Well to raise the issue of sealing of commercial establishments in Delhi.

“A fear psychosis has set in. You cannot see when you are in power. If someone is scared to talk to the Opposition or transact with them, it is not good for democracy or freedom of speech or even freedom of business,” he said.

Azad alleged that opposition party leaders were being treated as “potential terrorists” and their phones were being tapped. “No one today talks to me over phone because they say your phone is tapped,” he claimed.