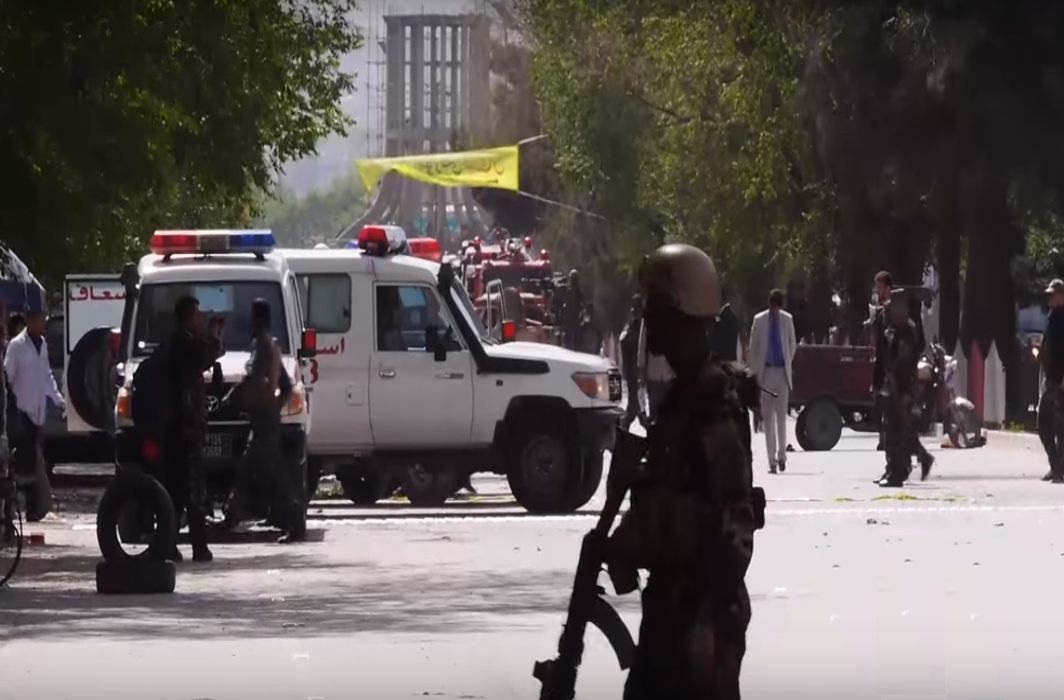 In another grim morning in Kabul, at least 29 people, including eight journalists and four policemen have been killed and dozens wounded in two deadly explosions. The first explosion was conducted by a suicide bomber during rush hour on Monday in the Shashdarak area, where US Embassy and several other government offices are located.

According to Al-Jazeera network, the suicide bomber detonated himself close to the National Directorate of Security (NDS), the main Afghan intelligence agency. The second explosion was followed within 20 minutes, by another suicide bomber disguising himself as journalist, as the emergency workers and journalists reached the scene. The final casualty figures were reported by AFP.

Earlier Afghan health ministry officials had confirmed that the attacks killed at least 21 people and wounded 27 others. However, Kabul based Bakhtar News Agency and TOLO News maintained much lower number of casualties.

The eight journalists, who fell victims of the second suicide bomb explosion, were covering the aftermath of the first explosion.

AFP news agency has confirmed the death of its photojournalist Shah Marai.  TOLO News had, in its early reports said  that two other journalists were wounded in the second blast. Media outlets have expressed fear of higher toll.

There was no immediate claim of responsibility by any terror group. However,  Daesh (IS) and Taliban have been active in different areas in the war-ridden country. Ideologically, the terror groups in the region share the Saudi nursed hard-line Wahabi ideology.

Al Jazeera’s Jennifer Glasse, while reporting from Kabul has described the situation as “very grim” saying that there are many fortified streets near the site of the attack.

She said, “There’s a lot of security in that area – it’s not far from NATO headquarters -and security has been beefed up around the Afghan capital but clearly they haven’t been able to stop these kinds of attacks. The series of attacks here in Kabul have made the Afghan capital most dangerous place in Afghanistan to be.”

The explosions on Monday came just a week after a blast hit a voter registration centre in Kabul, killing at least 57 people and wounding more than a hundred others. The casualties included women and children as well.

Kabul has been witnessing more terror attacks in recent days while the nation is preparing for the long-delayed parliamentary and district council elections to be held in October 20 this year.