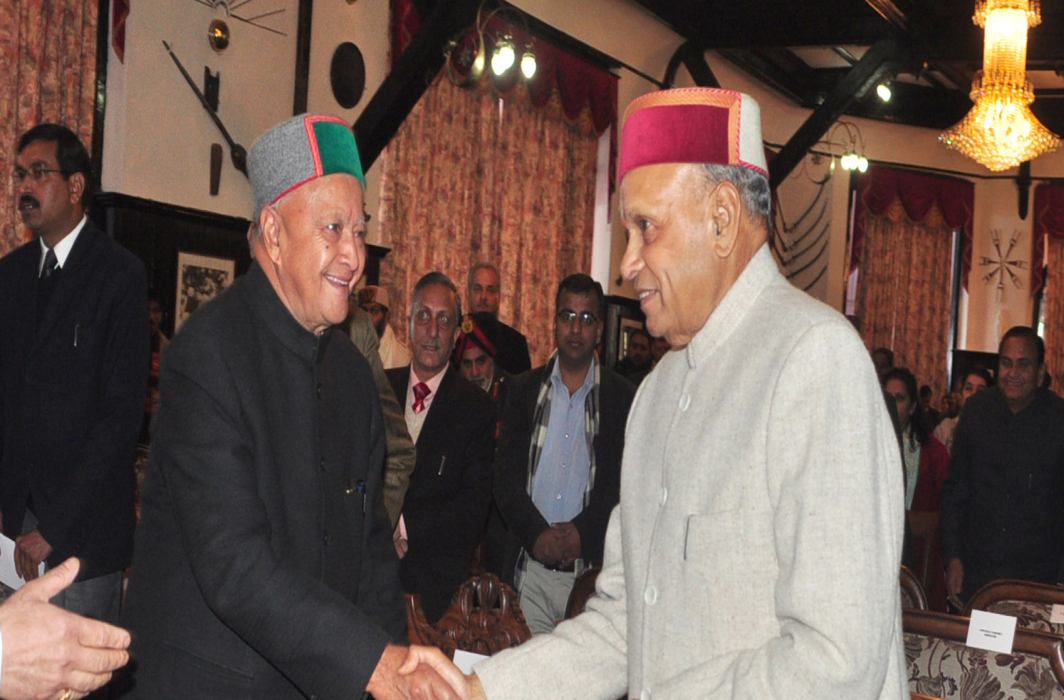 Brisk polling was reported in the hill state of Himachal Pradesh, on Thursday, with over 70 per cent of the electorate turning out to cast their votes by 5 pm for the Assembly elections. The results, due onDecember 18, will decide whether voters reposed their faith in six-time chief minister Virbhadra Singh and the Congress or bought into claims of anti-incumbency, allegations of corruption against the chief minister and the promise of ‘vikas’ made by the BJP.

The voting in Himachal comes after weeks of a shrill, often vitriolic election campaign that saw the BJP rake up a laundry list of allegations against the ruling party and chief minister Virbhadra Singh, while Prime Minister Narendra Modi himself urged the electorate to “wipe out” the grand old party which he likened to “termites”.

The Congress had decided to contest the elections under the leadership of Virbhadra Singh, the incumbent octogenarian chief minister who has held the post on five earlier occasions. The BJP in turn had named former chief minister Prem Kumar Dhumal as its chief ministerial candidate.

In the last assembly election, the Congress under Virbhadra had secured 36 seats in the 68-member Himachal Assembly while the BJP was reduced to just 26 seats, the remaining seats being won by independents. However, this time round poll surveys and the BJP have predicted a saffron wave in Himachal, one of the few states left under Congress rule.

There is no denying that the Congress’ bid to retain power in the hill state has odds stacked against it.

Wiped out of power in most of the country and at the Centre by the electoral tsunami unleashed by the BJP under Prime Minister Narendra Modi and party president Amit Shah, the Congress had, according to party sources, contested the election on a minimalist budget – its leaders, including the aging Virbhadra travelling in the mountainous terrain mostly by road instead of choppers to campaign even in far flung areas.

In stark contrast, the BJP had unleashed a publicity blitzkrieg while its leaders, from the Prime Minister to a host of other central ministers and chief ministers toured the state in helicopters, addressing many more rallies than those attended by the Congress leadership.

For the Congress, the electoral battle was made tougher by the corruption cases stacked up against Virbhadra – something that the chief minister has always maintained was the result of BJP’s political vendetta against him – and a sense of anti-incumbency.

However, the Congress believes that Virbhadra’s image of one of the tallest political leaders in the state, his credentials of being the much loved and respected Raja of Rampur-Bushahr and his understanding of the state’s political equations would help the grand old party retain power in the state. It is precisely for these reasons that the Congress decided to project Virbhadra – a chief minister of six terms – as its chief ministerial candidate once again.