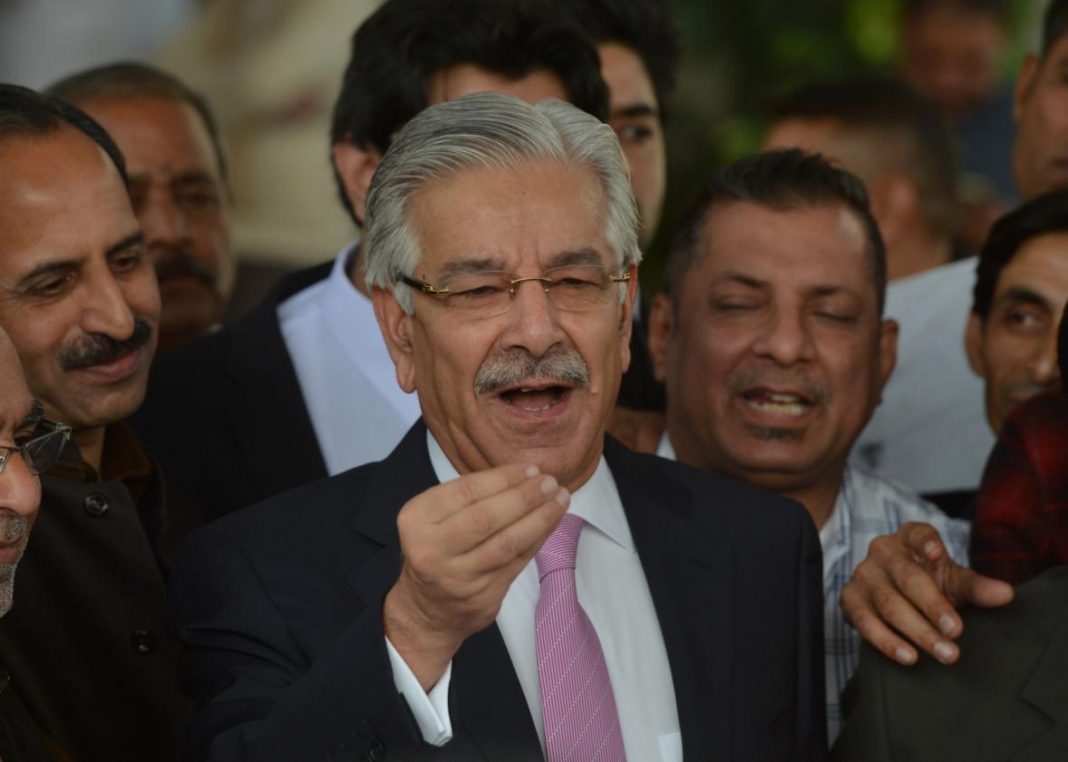 In his maiden media interaction after being sworn-in as the first Pak foreign affairs minister since 2013, Khwaja Muhammad Asif predictably blames India for deteriorating relations with Pakistan, alleged India and US are trying to sabotage Indus Waters Treaty

Much on expected lines, Khawaja Muhammad Asif, who joined Pakistan Prime Minister Shahid Khaqan Abbasi’s newly-formed cabinet, on Friday, as the country’s first Foreign Affairs minister since 2013, blamed India for not giving “positive response” to his country’s self-claimed efforts for durable peace in the subcontinent.

Asif, who was on a visit to his hometown of Sialkot in the country’s Punjab province over the weekend, claimed that while Pakistan wanted to have good relations with its neighbours, especially India and Afghanistan, both countries were not giving any positive response to its initiatives.

According to reports in the Pakistani media, Asif accused India and the US of being “involved in an international conspiracy to sabotage the Indus Waters Treaty (IWT)” while claiming that his country “had never been taken into confidence by the international community on all the clauses of the treaty”. The foreign affairs minister, however, failed to provide any ‘evidence’ of how India and the US were attempting the alleged sabotage.

Asif’s comments on the IWT come in the backdrop of the World Bank, and not the US, making it clear last week that as per the clauses of the treaty, India is permitted to construct hydroelectric power facilities on the Jhelum and Chenab rivers. Pakistan opposes the Indian construction of the Kishanganga and Ratle hydroelectric power plants on these rivers.

The minister claimed that Pakistan had effectively taken up the issue of “stoppage of water by India into Pakistani rivers” with the World Bank which had been playing its role as a guarantor in the Indus Water Treaty and that his country wanted “an amicable solution to the problem and was making all-out sincere international efforts to resolve” the continuing crisis.

A report by Pakistan’s leading media outfit, Dawn, quoted Asif as saying: “The issue of construction of the controversial Kishanganga dam had almost been resolved by Pakistan and India about one-and-a-half years ago, but progress on it was halted due to suspension of further talks by India thrice afterwards”.

Toeing a familiar line of the Pakistani establishment over India’s role in Afghanistan, Asif alleged that India was “supporting the conspiracies being hatched by Afghanistan against Pakistan in a bid to destabilise this country economically and politically.” Asif added: “It’s high time for both India and Afghanistan to come forward as good neighbours and give positive response to Pakistan’s peace initiatives and end the blame game”.

In what could be called as a classic case of the pot calling the kettle black, Asif alleged that “India was continuously violating the ceasefire accord by shelling the civilian population along the Line of Control” while asserting that the “defence of Pakistan was in strong hands as its armed forces were capable of defending every inch of the motherland”.