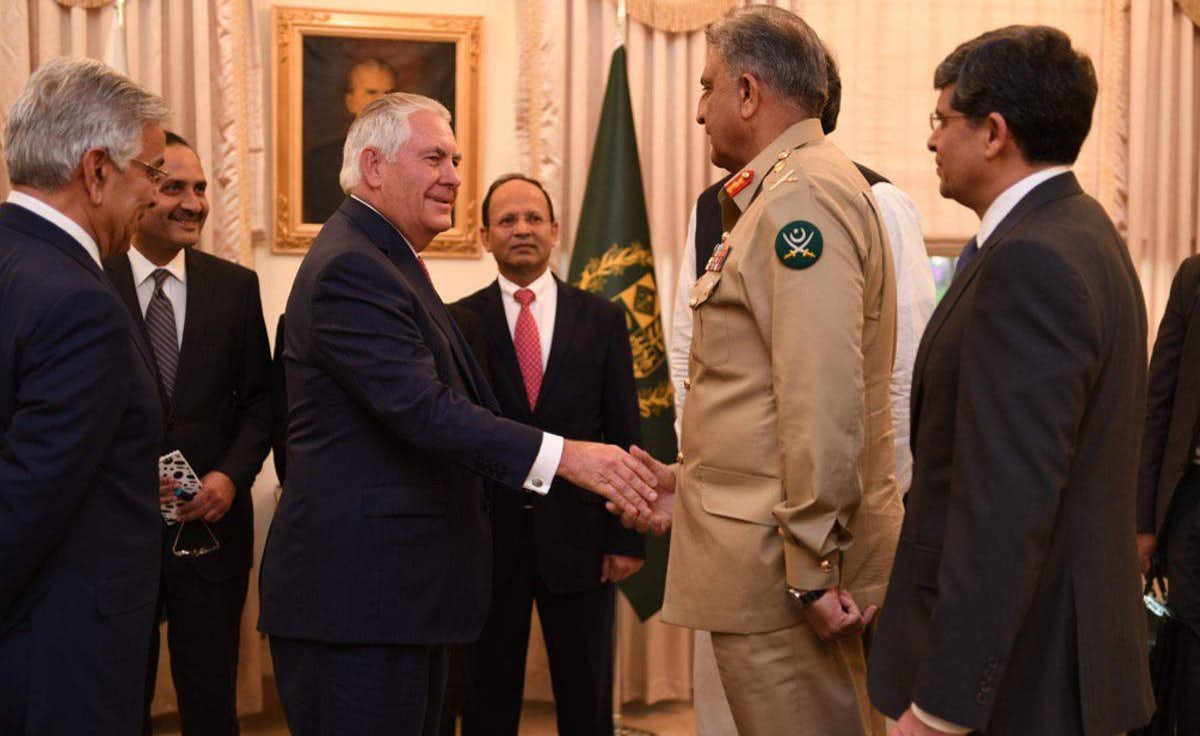 Bilateral ties cannot and will not be helped if mindless hectoring by the US continues, says Dawn

The mounting US pressure on Pakistan under President Donald Trump’s new South Asia Policy is being discussed as to what exactly Islamabad needs to do to satisfy Washington’s “do-more to eliminate terrorism bullying”. The debate has intensified after Secretary of State Rex Tillerson’s short visit “sandwiched” between his trips to Afghanistan and India.

Dawn, a prominent Pakistani newspaper, in its editorial published on Thursday said, “What is difficult to gauge is how far the US is willing to go on both sides of the cooperate-or-else message: how much pressure is the US willing to exert on Pakistan and what kind of beneficial cooperation is the US willing to offer Pakistan?”

The daily further said, “do-more mantra without a road map to closer, more durable ties with the US is akin to bullying by a superpower. Bilateral ties cannot and will not be helped if mindless hectoring by the US continues.”

The daily noticed that the stronger language used by Tillerson against Pakistan while visiting Afghanistan and India will definitely rise Islamabad’s problems. It says “There is no quicker formula to undermining relations with Pakistan than lecturing this country from Kabul or New Delhi.”

The daily suggested to Pakistan government that , “While there must be no let-up in that aspect of the war against militancy, it is time for the state to consider how to embark on the next phase towards the total elimination of terrorism, militancy and extremism in the country. Only a zero-tolerance policy towards militancy will achieve true peace for Pakistan,” it added.

This indicates the realization on the part of Pakistani media about the trouble they were facing due to the mounting diplomatic pressure. Both India and Afghanistan have been complaining of Islamabad’s support to cross border terrorism in their territories.

On Wednesday, Pakistan’s foreign minister Khwaja Asif, while briefing Senate regarding talks with American officials, said, “Islamabad will co-operate with Washington in the ‘war on terror’ but without compromising its own sovereignty.”

Asif said that Pakistan has told Americans to allow their policymakers, and not their military leaders, to devise Afghanistan policy as military solution has failed and a political solution is needed. “Their failures over the past 16 years is before them,” Asif added.

He was quoted saying, “There will only be room for improvement if Washington accepts their defeat, their failures in Afghanistan. They are not ready to accept this.”

The US led northern alliance entered in Afghanistan in a short while after the 9/11 terror attacks in 2001.

Prime Minister Shahid Khaqan Abbasi reiterated in his public remarks to Mr Tillerson that Pakistan is committed to the fight against militancy and playing its role to re-establish peace and security in the region.