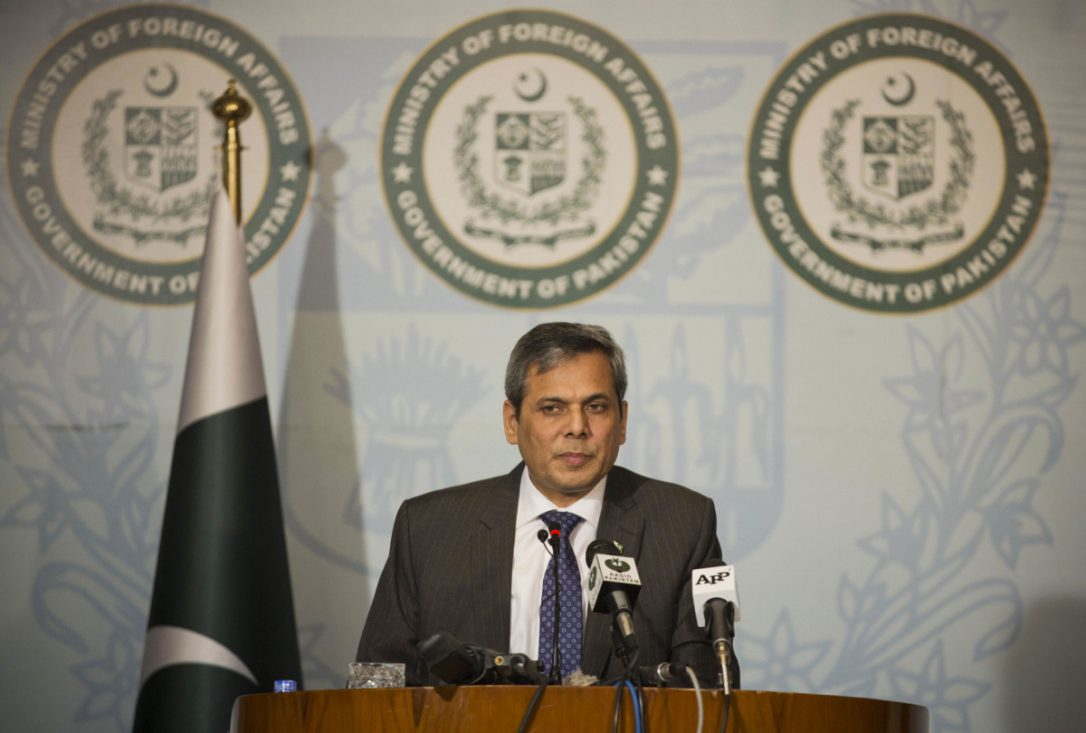 Claims of shooting down India’s “spy drone” in PoK

Amidst mounting international pressure for eliminating terrorists’ safe havens in its territories, Pakistan has, on Friday, opposed the supply of armed drones by the US to India and warned that this could increase the chances of “military misadventures” in the region.

According to PTI from Islamabad, Foreign Office spokesman Nafees Zakaria’s comments came days after a senior Washington officials have reportedly said that US was  “considering” India’s request for the advanced drones.

He said, “Use of armed drones can lower the threshold for conflict, since it can encourage military misadventures, especially in the backdrop of irresponsible discourse about limited military operations below the strategic threshold.”

Zakaria said that such transfers are below the limitations under the international treaties and violate the spirit of the control regimes prohibiting the proliferation of destabilising weapon systems. He mentioned about the limitations offered by Missile Technology Control Regime (MTCR).

“We hope that the members of MTCR and other export control regimes fully understand their responsibility in not letting any country’s membership of such groupings constitute a carte blanche for proliferation of destabilising weapon systems,” he said.

Pakistan’s Foreign Office spokesman said Islamabad was not averse to “Indo-US coziness”, saying, “it should not be based on agenda of containing China or threatening Pakistan.”

Indian Air Force is set to acquire a number of first missile armed unmanned aerial vehicles (UAVs) from US. Washington has been using these drones in both Afghanistan and Pakistan. Earlier US had refused to provide armed Predator drones to India fearing that New Delhi would turn the weapons against Pakistan.

Criticising Trump Administration’s new South Asia policy, especially asking India to contribute more actively in Afghanistan, the Pakistani official said, “We are concerned with the role US is giving to India in the region. It will only aggravate the situation and endanger the peace and stability in this part of the world,” he said.

However, with shifting geopolitical landscape with improving relations between Washington and New Delhi, US has signalled its willingness to provide India with the armed drones.

Meanwhile, according to a report published by Dawn,  Pakistan has, on Friday claimed of shooting down an Indian “spy drone” along the Line of control (LoC) in the territories of Jammu and Kashmir under its occupation.