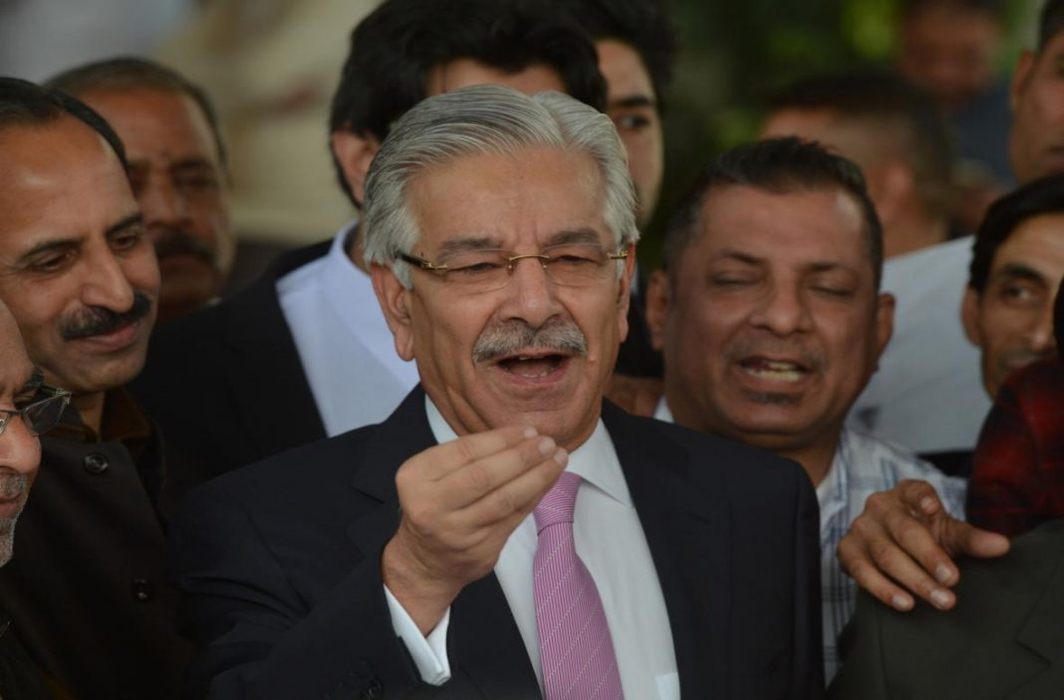 In another major jolt to ruling Pakistan Muslim League (N) of Nawaz Sharif, country’s Foreign Minister Khwaja Asif was disqualified to be the member of National Assembly by a three-member special bench of Islamabad High Court on Thursday because of his UAE Iqama (Work Visa).

According to Dawn, the judgment said,   “We declare that the Respondent [Khawaja Asif] was not qualified to contest the General Election of 2013 from NA-110 as he did not fulfill the conditions described under Article 62(1)(f) of the Constitution, read with section 99(1)(f) of the Act of 1976.”

Reacting the court’s order, Khwaja Asif, while talking to Geo’s famous anchor Hamid Mir, said that he will challenge the verdict in the Supreme Court. “I never concealed my Iqama,” he told the anchor.

Read More: Nawaz Sharif: Strip me from my own name through Black Law Dictionary

The judgment said, “The validity of ‘Iqama‘, working as an employee of the Company and receiving a substantial salary without being physically present, which is AED 50,000/- per month under the Third Contract executed in July 2017, were some benefits gained from non disclosure. Disclosure would have led to giving up the ‘Iqama‘ and the hefty salary paid by the Company for some advice sought telephonically by a foreign based employer from the prospective Defense and then Foreign Minister of Pakistan.”

The court judgment further said, “The lack of honesty was established by not disclosing the employment as an occupation and the salary received per month despite the vague and obscure amount declared as foreign remittances having been specifically challenged. This would also apply to the non disclosure of the account maintained with the Bank of Abu Dhabi.”

Article 62(1)(f), which sets the precondition for a member of parliament to be “sadiq and ameen” (honest and righteous), is the same provision under which former prime minister Nawaz Sharif was disqualified by a five-judge SC bench on July 28, 2017, in the Panama Papers case.

Likewise, Pakistan Tehreek-i-Insaf (PTI) leader Jahangir Tareen was disqualified on Dec 15 last year by a separate bench of the apex court under the same provision.

The scene outside Islamabad High Court was joyful with PTI supporters chanting slogans of “Go Nawaz Go” after the verdict was announced in a packed courtroom.