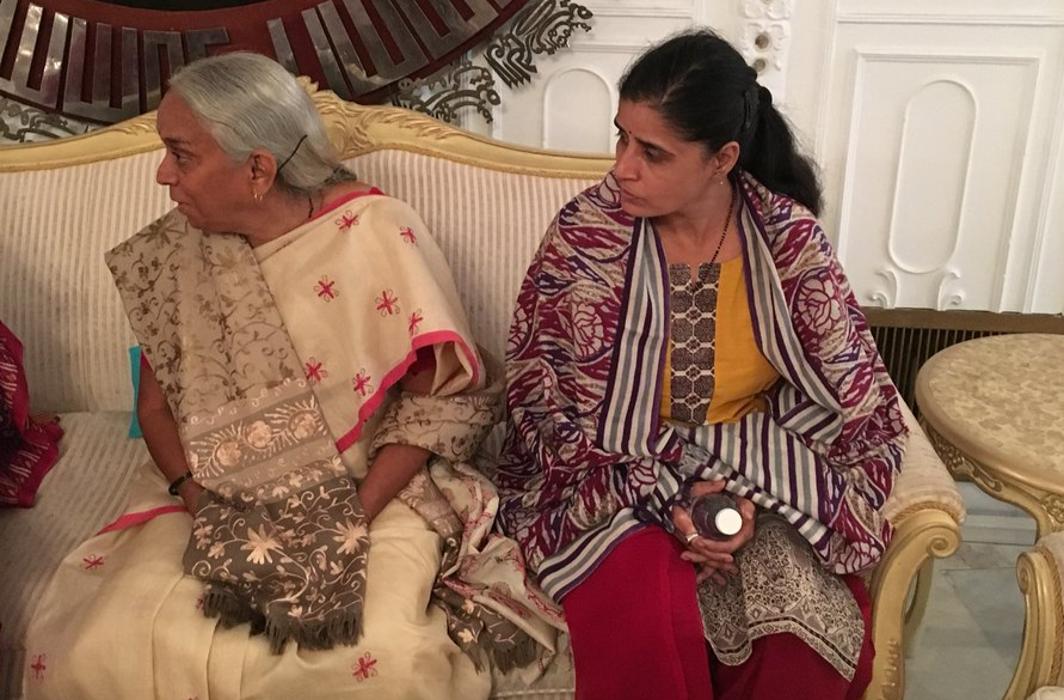 Ministry of External Affairs (MEA) spokesperson Raveesh Kumar stated that Pakistan has violated the “letter and spirit of our understanding”.

A day after Kulbhushan Jadhav’s family members met him in Islamabad, India on Tuesday called the exercise “lacking in any credibility”. Stating that the “overall atmosphere of the meeting was intimidating”, India said that the ex-navy officer’s mother and wife were forced to change clothes and were also not allowed to interact in their mother-tongue.

In strong words against the neighboring country’s treatment to Jadhav’s family, Ministry of External Affairs (MEA) spokesperson Raveesh Kumar stated that Pakistan has violated the “letter and spirit of our understanding”.

Kumar further added that the Pakistani officials have disregarded the cultural and religious sensibilities of the family members as the authorities “under the pretext of security precautions… they were asked to remove their mangal-sutra, bangles and bindi“.

Also claiming that the mother of the spy-accused was repeatedly interrupted for speaking in her mother-tongue, Kumar added, “For some inexplicable reason, despite her repeated requests, the shoes of the wife of Mr Jadhav were not returned to her after the meeting. We would caution against any mischievous intent in this regard.”

“Jadhav was under considerable stress and speaking in an atmosphere of coercion. Most of his remarks were clearly tutored and designed to perpetuate the false narrative of his alleged activities in Pakistan. His appearance also raises questions of his health and well-being,” added the MEA spokesperson.

Kulbhushan Jadhav – who was accused by Pakistan for allegedly spying on behalf of India’s Research and Analysis Wing (R&AW) – is in custody in Pakistan  and is facing death row with charges of terrorism and spying. While Pakistan continues to maintain its position in the charges leveled against the former Indian Navy officer, India  has been denying all charges and had moved the International Court of Justice (ICJ) to secure his release.

Meeting between Commander Kulbushan Jhadev & his family in progress pic.twitter.com/THG925V1fO

More than a year after his arrest, Pakistani authorities finally permitted Jadhav’s family members to meet him on Monday. However, Jadhav’s mother and wife could only interact with him over a telephonic conversation – with a glass panel separating the visitors from the accused.

And while Jadhav was not allowed to speak privately with his family, many term the meeting as a mere PR exercise by Pakistan. Indian Deputy High Commissioner was present during the meeting – though he did not interact with Jadhav.

Following the meeting, Pakistan on Monday claimed that they have ‘honored the commitment’ and shared photos of the 45-minute long meeting on Twitter.

A day after meeting Jadhav,  his family members met External Affairs Minister Sushma Swaraj on Tuesday. Jadhav’s wife Chetankul Jadhav, mother Avanti Jadhav – who returned India from Pakistan this morning – called on the Foreign Minister. The meeting which lasted for three hours was attended by a number of officials – including foreign secretary S Jaishankar and MEA spokesperson Raveesh Kumar.