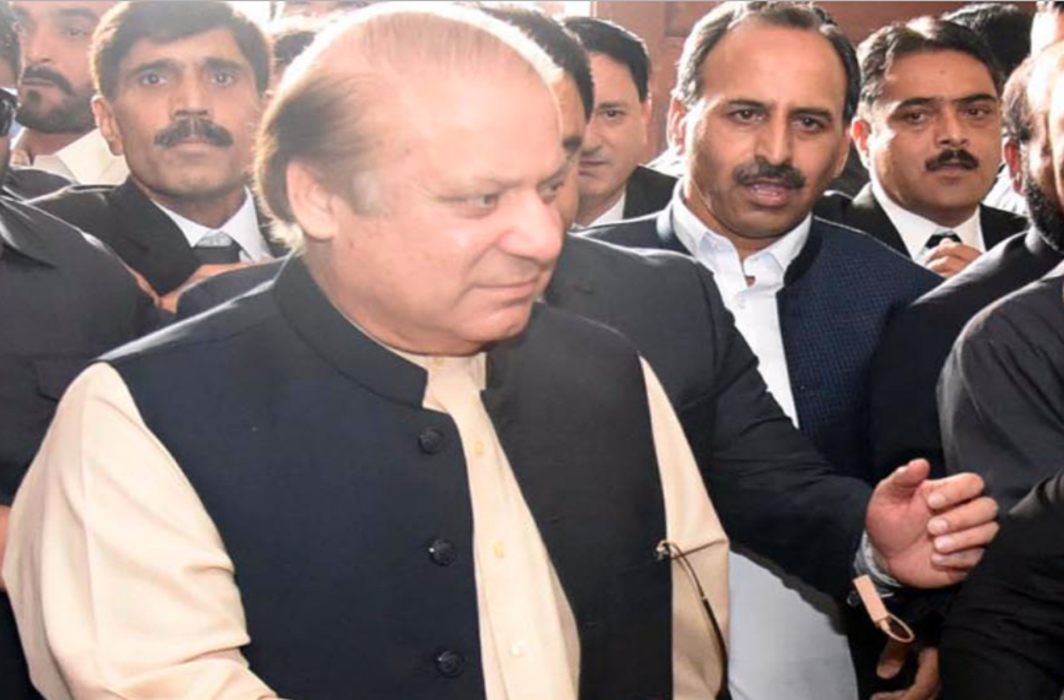 In a major development, Pakistan’s ousted Prime Minister Nawaz Sharif has claimed on Monday that recent actions by the top judiciary indicate that a regime worse than a martial law has been imposed across Pakistan.

Dawn reports that while speaking to journalists in the accountability court in Islamabad Sharif said, “What is prevalent in the country is not democracy, but the worst kind of dictatorship under [Chief Justice Mian] Saqib Nisar. What is happening in the country is not less than a ‘judicial martial law’,” he said.

Former Prime Minister has returned from London late on Sunday after seeing his ailing wife Kulsoom Nawaz, who has been treated there for her cancer.

Nawaz Sharif criticised recent judgements by the courts as “illogical” saying that the alleged silencing of 220 million people of Pakistan would not be acceptable to him. “These many restrictions were not even imposed during the martial laws that we are seeing today,” he remarked.

He claimed that serious efforts were being made to convict him in the corruption references being heard by the accountability court, which he said were an attempt “to make the five judges successful”. This is a clear reference to the five-member SC bench which had disqualified him last year in the Panama Papers case.

Directing his criticism at the CJP once again, Sharif said Justice Nisar visits hospitals regularly and talks about vegetable prices, but “he should also visit the home of an oppressed person whose case hasn’t been decided for 20 years”.  Addressing to Chief Justice of Pakistan Saqib Nisar, he said, “It is not your job to summon the chief minister and make the government stand in the line.”

The Supreme Court, under its 2018 agenda, is focusing on human rights issues, particularly those relating to the people’s right to quality education and healthcare. However, this course of action is also being seen as an overstepping of limits by the apex court, similar to the Iftikhar Chaudhry era.

Read More: Nawaz Sharif: Strip me from my own name through Black Law Dictionary

Meanwhile, Pakistan People’s Party (PPP) Chairman Bilawal Bhutto Zardari has expressed his “high hopes” with the chief justice regarding provision of justice according to the law. He said, “Judiciary is doing the best job. Panama case that was difficult is being pursued. Don’t provide an excuse to anyone to criticise you. You had said that the case would be decided within six months. Do focus on it,” he suggested.

He supported judiciary saying that nobody can stop judges from taking notices over issues as they have suo-moto powers. They can take notice of any issue from the prices of electricity to sugar; however, they should also do their job as over 1.8m cases are pending before the courts and the people have to wait for decades with the hope of getting justice.

He asked the judiciary squarely, “If you want to do our job, do it but please do your own job as well. If you don’t do it who will do it?” He was talking to journalists in Multan on Monday.